Opinion A radical new vision for Australia in the region: clean energy exporter and green manufacturer

Fossil fuels are out and exporting green energy and green manufacturing techniques are in. 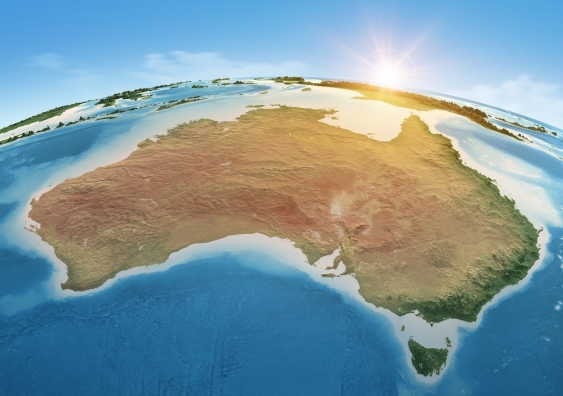 This week, Australia began a climate pivot on its relationship with the region. Photo: Shutterstock.

Gone are the days when the federal government would cheer on Australia’s fossil fuel exports to the exclusion of all else, while seemingly doing everything in its power to hold back the switch to renewables.

Now we have a new government, the clean energy transition is accelerating. Labor is framing the transition not just as decarbonisation but as a green economic boom through manufacture of electrolysers, green steel, green cement and green fertiliser. If successful, this will amount to a green industrial revolution.

This radical new vision was laid out in Prime Minister Anthony Albanese’s speech this week to the Sydney Energy Forum. He proposed a new era for Australian energy industries and exports as well as using our wealth of renewables to drive deeper involvement in our region.

It makes good commercial and climate sense for the federal government to target the Indo-Pacific for this green industrial revolution, since the region is already the world’s leader in clean energy investments.

As of 2021, our region accounts for over 80 per cent of the world’s private investment in clean energy. India, China, Japan, Korea, Indonesia and Pacific nations are natural partners for Australia in this new green push as well as leaders creating the market for clean energy and green products.

For a sign of what’s to come, look to the massive Sun Cable project, launched four years ago with early funding by Australian billionaires Mike Cannon-Brookes of Atlassian and Andrew Forrest of Fortescue Minerals Group.

The project’s ambitious goal is to become the first intercontinental exporter of renewables, by generating massive amounts of energy from solar farms in the Northern Territory and transmitting it to energy-hungry Singapore through a 4,200 km-long high voltage undersea cable. Government backing will help it progress faster.

The project has gained strong support from both territory and federal governments, and is now attracting support from the Indonesian and Singaporean governments. Indonesia’s government has given in principle approval for the cable’s undersea route through its national waters and has approved the undersea survey permit. There will be spillover benefits, such as $A1.5 billion earmarked for a marine repair base in Indonesia.

Sun Cable and other renewable megaprojects, such as Western Australia’s proposed Asian Renewable Energy Hub, show the move away from reliance on fossil fuel exports is actually happening. The Albanese government has signalled its intention to promote clean energy exports as well as green industrial development across the Indo-Pacific.

Our research project on the clean energy shift in north-east Asia has captured the progress made by major regional economies China and Korea in powering ahead with their own green transitions since the 2000s. These ongoing transitions offer major opportunities, such as exporting Australian-made green hydrogen to fuel cars in these countries.

Our clean and green transition is bigger than just renewables

Since Labor took office, we’ve heard a lot about our future as a renewables superpower. Often overlooked is the fact this would mean not just generating renewable electricity and green hydrogen at vast scale but also investing in new industries and processes to grasp as many opportunities as we can.

This would mean investing in upstream industries such as solar array fabrication and electrolyser manufacture, as well as downstream industries such as green steel, green cement and green fertiliser. These new green products would be produced using locally generated supplies of green hydrogen and cheap clean renewable power, as economist Ross Garnaut has outlined.

Green energy is no longer a niche concern. Australia’s largest companies are leading the way.

If our new government can pull this off and turn vision to reality, we could embrace a new green growth economy and begin our own green industrial revolution.

Better yet, Australia could finally make full use of its abundant land and renewable resources to fast-track the clean economic development of our Indo-Pacific neighbours. 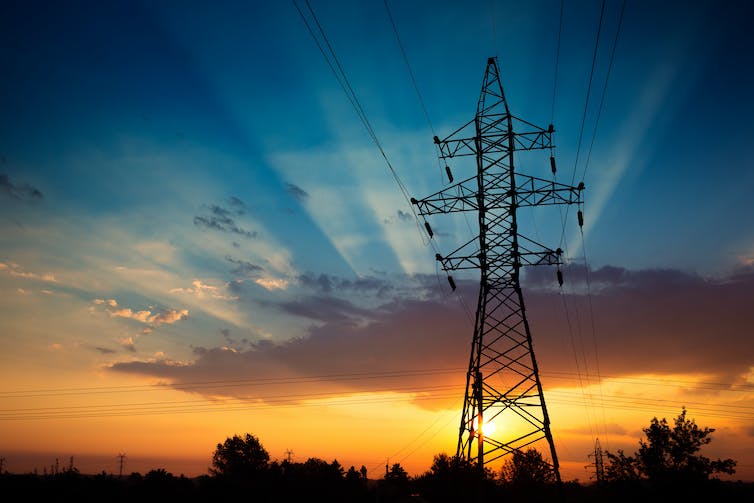 Generating and transmitting green power could be a major boon to Australia. Photo: Shutterstock.

For decades, Pacific nations have seen climate change as the single greatest threat to their people. As a result, Australian investment in exportable renewables will become a key diplomatic tool as geopolitical competition between China and the US intensifies in our region.

China isn’t standing still either. Until recently, China focused its regional aid and investment on traditional infrastructure projects such as airports, roads and stadiums. Now Beijing is ramping up its climate responses to the region, with climate change issues at the top of the agenda at the China-Pacific Islands forum held in 2019.

In light of China’s growing green activism in the Pacific, the Australian government has a lot of ground to make up.

It should start with a major rethink of Australia’s traditional approach to financing energy projects, which has seen us support fossil fuel power in the region.

We can no longer keep propping up fossil fuels, with the costs of this support not only environmental, but geostrategic as well. Partnering with China on Pacific projects, as Pacific minister Pat Conroy has flagged, could also help.

Albanese’s speech this week was promising. He laid out a very different role for Australia in our region – one where our regional engagement policy is in line with a new domestic policy on climate goals, and where renewable energy provides a means of deepening regional cooperation on tangible investment projects. Now comes the hard part: delivery.