Opinion Rape threats and cyberhate? Vote no to the new digital divide

Engaging on the internet has become a very different experience for women compared to men, writes Emma A. Jane. 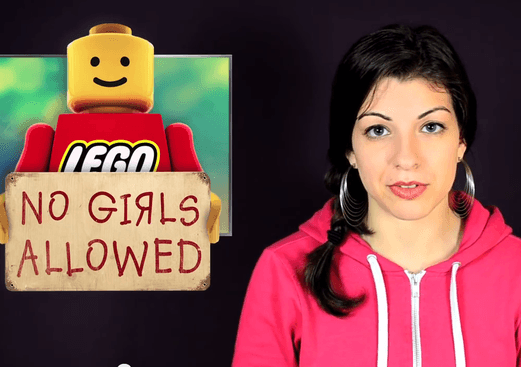 Blogger and media critic Anita Sarkeesian in a Feminist Frequency video. from www.feministfrequency.com

OPINION: Have you noticed that variations on the phrase “as a woman online” are kick-starting more and more conversations in the cybersphere? A recent example involves the writer Alex Blank Millard.

Millard conducted a Twitter experiment in which she changed her profile photo to that of a man. When Millard tweeted as a woman about rape culture, fat shaming and systemic oppression, the standard response was a deluge of rape and death threats, and a bunch of guys calling her fat. When she tweeted about these exact same things as a straight-looking white man, something incredible happened. Instead of cyberhate, she got retweeted and favourited.

As a woman on the internet, Millard’s tweets resulted in abuse. As a man, they sparked debate.

The phrase “as a woman online” reflects the fact that engaging on the internet has become a very different experience for women as opposed to men. I have certainly noticed that if you express an opinion on pretty much anything, odds are it is just a matter of time before a horde of furious man-trolls tell you that you’re too fat/ugly/gay to rape/maim/kill, but they’ll do it anyway because that’s just the kind of generous individuals they are.

Gendered cyberhate is not a private problem but a public crisis. Among other ramifications, it poses a challenge for digital citizenship and raises serious questions about how we do democracy in the digital century.

Feminism, democracy and the digital divide

The traditional feminist critique of democracy is that – as per George Orwell’s Animal Farm – on paper all genders may be equal, but in practice some are more equal than others. While universal suffrage is a good start, it’s simply not the end of the story with regards to equity of citizenship and political participation.

Political theorist Carole Pateman begins Feminism and Democracy with the wry observation that feminists could dispose of this subject extremely briskly.

For feminists, democracy has never existed; women have never been and still are not admitted as full and equal members and citizens in any country known as a “democracy”.

Pateman’s point here is that confining “the political” to voting obscures many economic and social inequities. A parallel scenario emerges when we look at issues of equity and citizenship in digital domains. While everyone in a given community may have the raw tools to access the internet – let’s call it the computer version of universal suffrage – people’s actual experiences are not the same.

Gender, class and race are all key markers of difference and inequality in terms of digital citizenship. For many women, this manifests in a stark choice: put up with the deluge of misogynist abuse, withdraw from the internet or find ways of e-engagement that don’t attract attention – like tweeting in drag.

Around this point in the conversation, sceptics often chime in with some variation on “surely it is not that bad”. I have also been called a princess and told to lighten up. Rather than attempting to argue the point in the abstract, my usual response is to suggest they check out some unexpurgated examples.

One of the big dilemmas when attempting to speak of gendered cyberhate is that so much of it is metaphorically unspeakable. It is often referred to via generic descriptors such as “unpleasant”, “sexually explicit”, “in bad taste” and so on. My concern is that euphemisms do an exceptionally poor job of capturing the toxic nature of what has become a lingua franca in much of the cybersphere.

Compare the difference between the following two sentences:

Two: Women online are receiving rape threats such as, “I will fuck your ass to death you filthy fucking whore. Your only worth on this planet is as a warm hole to stick my cock in.”

Call me old-fashioned but version one really doesn’t capture the je ne sais misogyny of version two. To really understand what it’s like to be a woman online in 2015 we must examine actual examples of gendered cyberhate regardless of how unpleasant the experience might be.

So let’s brace ourselves and have a look.

A good place to start is the experience of women in video-game culture. This is the subject of a new documentary, GTFO, by Shannon Sun-Higginson. The title stands for “Get The F— Out” and refers to the response many women receive when they participate in the $20 billion gaming industry. This is despite – or maybe because of – half of all gamers being women.

None of this is new. Women in the technology and gaming industries have historically been subjected to an especially noxious version of what I call e-bile, or online vitriol.

The rampant discrimination and sexism in gaming came to the fore again in 2014 thanks to that misogynist-fuelled storm dubbed Gamergate. Gamergate began when the disgruntled ex-boyfriend of a games designer called Zoe Quinn implied (baselessly) that Quinn had slept with a journalist to secure positive reviews for her game Depression Quest.

As Gamergate unfolded, both Quinn and Sarkeesian cancelled their public speaking engagements. They left their homes after receiving graphic death threats that included their home addresses.

Female journalists and gamers who publicly defended Quinn and/or who questioned the Gamergate movement were also attacked. In October, for instance, the personal details of American game designer Brianna Wu were posted online. Within minutes she had begun receiving threats such as: “I’ve got a K-bar and I’m coming to your house so I can shove it up your ugly cunt”.

Wu also left her home because she feared for her safety. This was not, she observed “just casual sexism, it’s angry, violent sexism”.

Four striking features of gendered e-bile can be observed by looking at these examples.

Second, attempts by women to “call out” online attacks or to support other targets tend to result in an escalation of abuse.

Third, gendered e-bile has a quasi-algebraic quality in that the names of the targets can be substituted infinitely without affecting in any way the structure of the discourse. It always sounds like the exact same man talking to the exact same woman.

Media outlets have also reported an increase in the number of men publishing faux advertisements claiming their ex-partners are soliciting sex. One US man posted a Craigslist ad entitled “Rape Me and My Daughters”. He was sentenced to 85 years in prison after more than 50 men arrived at his ex-wife’s home.

As with rape, domestic violence and workplace sexual harassment in the 1960s, gendered e-bile is frequently trivialised, mocked, dismissed as a personal matter and framed as legally intractable. In her new book, American legal scholar Danielle Keats Citron provides a meticulous survey of the various ways gendered cyberhate, cyber-harassment and cyber-stalking is underplayed, overlooked or ignored by those responsible for law enforcement, policy development and platform management.

Also paralleling more “traditional” forms of sexual assault and harassment is the tendency to blame the female victims. Media commentator Brendan O’Neill has dismissed female targets as being “peculiarly sensitive”, while another accuses those complaining about online death threats of indulging in “narcissistic victimhood”. Law-enforcement officers are known to counsel female cyberhate targets to simply “take a break” from the cybersphere.

Such attitudes shift the responsibility for e-bile to targets. What’s more, they penalise women by advising them to withdraw from a domain that is widely acknowledged as being an integral – and essential – part of contemporary life and citizenship.

The cybersphere in 2015 is no longer an optional extra or adjunct to “real” life. As American technology journalist Nilay Patel puts it:

You don’t do things “on the internet”, you just do things.

As a woman online, I certainly reject the suggestion that complaining about gendered e-bile is akin to “jumping into a dustbin and then complaining that you’re covered in rubbish”. I don’t accept that the price of entry to the public cybersphere should include having to endure threats of death, rape, K-barring and so on.

After all, the whole point of it being public is that you don’t tell half the population to GTFO.

Emma A. Jane is a Senior Lecturer in Media, Journalism and Communication at UNSW.