Opinion Reclaiming the streets? We all can have a say in the 'new normal' after coronavirus

COVID-19 has upturned uses of public spaces that we took for granted. Will shifts in the regulation of these spaces lead to a change in thinking about who “owns” the city? 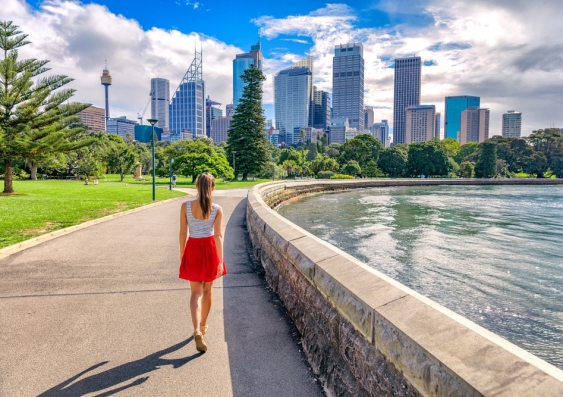 Coronavirus has changed the way people use public spaces in cities. Image from Shutterstock

The dramatic recent shifts in the use of public space have led some to claim the coronavirus pandemic will permanently change cities. Among its many other impacts, COVID-19 has upturned established patterns of ordering city space.

Personally, the vibrancy of my local park has delighted me. It seems to be filled at almost any time of day by a wide variety of activities. I’m encouraged by the proliferation of new street stalls and entertained by the creativity of my neighbours’ efforts to maintain their gym routines: elastic bands attached to light posts, free weights carted to the park in shopping trolleys, a cross-trainer in the front yard.

I have been frustrated but also heartened by the six-week wait to get my daughter’s bike serviced. And I’m thrilled by the elevation of pedestrians and cyclists. Streets have been closed to cars, and time has been automatically allocated for pedestrians in the traffic-light cycle – no need for “beg buttons”!

Since at least the 1970s oil crisis, and especially since the more recent recognition of the global climate crisis, there have been calls to rethink the allocation of public space, and streets in particular, to produce more inclusive, resilient and sustainable forms of development. Compact city policies have been adopted (albeit unevenly) across Australia, yet implementation has been slow.

Might COVID-19 provide the impetus for more rapid change? Whether lasting changes do indeed eventuate will depend in large part on whether the pandemic has shifted popular expectations.

Public space is the quintessential site of politics. And it’s not just as a site for marches and assemblies where rights are demanded and disrupted. It’s also the everyday expression of collective decisions about how we live together, about who gets access to which space, and for what purposes, about the role of the state and the rights and responsibilities of citizens.

Those collective decisions are often highly contested, so the relative rights and responsibilities of citizens and their cities are subject to ongoing negotiation. The pandemic restrictions have brought issues like these to the fore. The rapid enactment of regulations to support social distancing has generated concerns about wide official discretion and compounding inequality.

Yet the rules that regulate streets, parks and other public and semi-public spaces are always uneven. Popular understandings about the kinds of use (and users) that are and are not legitimate in public space significantly influence the ways those rules are interpreted – and sometimes amended.

Understandings can shift. In the mid-20th century, for example, streets changed rapidly and radically: from shared spaces (for travel by pedestrians, streetcars, horses and carriages, but also for commerce, play and other forms of social exchange) to spaces reshaped around the needs of the car.

The rights and responsibilities of citizens and the state shifted too. Expectations about engineering for automobility overshadowed expectations of things like safe spaces to walk, cycle and gather, or comprehensive public transport systems

Who owns the city?

An important determinant of expectations about public space are understandings about ownership. Ownership encompasses not only the formal property rights that councils and other landowners use to control public space, but also the informal sense of ownership or belonging that enables certain users to control (or influence the control of) public space.

Ownership is closely connected to understandings about rights in public space, as well as agency and political voice in other settings. Some of the strongest resistance to COVID-19 restrictions has been from people claiming the public space in question is “theirs”.

While ownership shapes activities in public space, those activities can also play a role in reshaping ownership. Even small-scale interventions by citizens and community groups can lead to significant shifts in understandings of ownership and legality. This in turn leads to changes in the regulation of urban space by planners, policymakers, police and other officials. 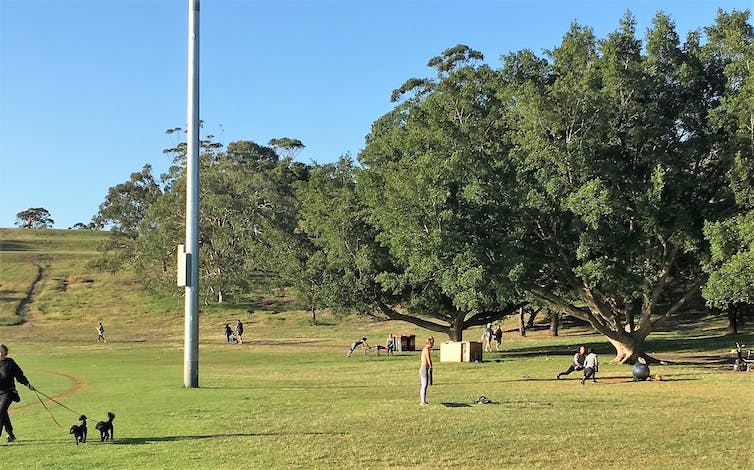 Exercising in Moore Park, Sydney, under coronavirus restrictions. What people choose to do in public spaces can influence understandings of what these spaces are for and how they are regulated. Amelia Thorpe, Author provided

Our cities won’t be the same again, but the shape of the “new normal” remains unclear. Whether COVID-19 will lead to more inclusive or sustainable cities will depend on how its disruptions are experienced.

Will shifts in the allocation and regulation of public space be understood as temporary inconveniences, or will they prompt a more fundamental re-evaluation of who “owns” the city? Might people take back the streets?

Co-parenting proves a challenge in a pandemic

The real economic victims of coronavirus are those we can't see

People love parklets, and businesses can help make them happen