Refugee Week in your neighbourhood 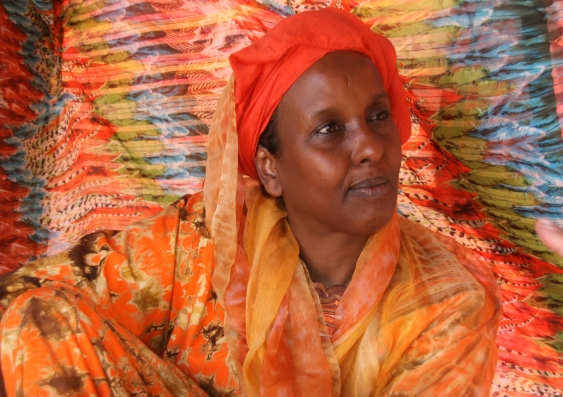 Saada drew on her own experiences as a refugee from Somalia to help develop the Refugee Camp in My Neighbourhood project. Photo: Shoshana Faire

The simulated camp in Western Sydney is open to the public today to coincide with the beginning of Refugee Week 2014: Restoring Hope and aims to help Australians better understand the experiences of those awaiting confirmation of their status.

UNSW’s Centre for Refugee Research (CRR) has assisted the Auburn City Council to develop the Refugee Camp in my Neighbourhood project.

The project aims to dispel common myths about the experiences of refugees, and those awaiting confirmation of their status, while celebrating the positive contributions they make in Australian communities.

The simulated camp has been designed with the help of refugees to create an authentic experience for visitors who are taken on guided tours by refugee and asylum seekers from the Auburn community.

Director of the CRR, Dr Linda Bartolomei, who has extensive experience internationally in refugee camps and urban areas where refugees reside, facilitated weekend workshops with 60 members of the Auburn refugee community in the lead up to the project.

“The idea was to discuss the ways Australian’s can better understand what events lead to refugees leaving their countries and what their needs are when they arrive here,” said Dr Bartolomei.

People from refugee backgrounds settled from Bosnia, Sierra Leone and Somalia attended the workshops where they used pictures and storyboards to help tell their stories.

“A group of Bosnian women created powerful images of their towns being blown up and the rape, abuse and trauma they had experienced,” said Dr Bartolomei. “But they also spoke of how well they have done since arriving in Australia.”

UNSW third-year social work students Simon Hillier and Paul Skropidis assisted with the workshops and the set-up of the camp as part of their internship.

“The experience has really had an impact on me,” said Paul. “I thought I understood refugee issues going into this, but things change when they become personal and you talk to people about their hardships and experiences.”

Simon said he was inspired by meeting an 18-year-old refugee who, after being sold to the Taliban as a teenager, escaped and then taught himself to speak English in an Australian detention centre.

“He now works as an advocate for refugees,” said Simon. “Everyone I met wanted to contribute to the Australian community and economy and were proud of the hard work they had done to settle in this country.”

Later this month, four Master of Development students and one Law student will travel to Switzerland to undertake their internships by participating in UNHCR meetings in Geneva under the supervision of the CRR. The group will also be accompanied by four Afghan refugees from Australia. The CRR offers further student internships in November to undertake research with refugee community members in Thailand and India. Find out more here

Book a free Refugee Camp in my Neighbourhood tour here

Why should we care about lives lost at sea?

Detention harms even the strongest