Opinion Relocating Indonesia’s capital from a sinking Jakarta to a forest: A risky but needed move

Moving the capital from Jakarta to a sparsely populated location in East Kalimantan may cause environmental degradation, but the country needs it regardless. 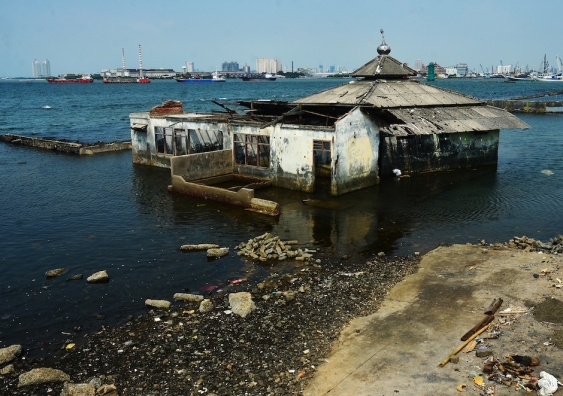 A mosque sinking by polluted water and abrasion in Jakarta, Indonesia. Photo: Shutterstock.

About 40% of the city is below the sea level, resulting in annual flooding, which will only increase with the effects of climate change. To make matters worse, traffic congestion in Jakarta is notorious. The gridlock alone accounts for billions of dollars of loss annually due to wasted fuel, health problems, and productivity loss.

President Joko Widodo (Jokowi) in his official announcement stated that the relocation is urgent, as Jakarta’s burden is “too heavy” to manage its roles as the centres of, pretty much, everything in Indonesia.

Some experts have said that the relocation is a sign of capitulation, that the Indonesian Government has given up on trying to fix Jakarta. Nothing could be further from the truth. Jokowi clearly said that Jakarta will still be the nation’s commercial and financial hub. In fact, nearly AU$60 billion has been allocated to regenerate Jakarta.

The relocation will not fix Jakarta’s problems immediately, but moving 1.5 million people out of the city is a step in the right direction.

Moving a capital city is expensive. The price tag for constructing the new capital is estimated at AU$47 billion. Construction is planned to start in 2021, while the relocation itself is scheduled for 2024, at the end of Jokowi’s second term. Sound impossible? Not really. Challenging? Very. Jokowi plans to only fund 19% of the cost from the national budget, while the rest will come from the private sector and public-private partnerships.

Jokowi intends to use this colossal project as a proof of progress to show that Indonesia is ready to compete on global stage. Indonesia has spent AU$500 billion for infrastructure projects in Jokowi’s first term. In his second term, another AU$600 billion is planned.

So why splurge all this money? Jakarta is in Java, an island comprising about 7% of the land size of Indonesia. It is, however, populated by 150 million people, 54% of the country’s population. It contributes 58% to Indonesia’s GDP. In contrast, Kalimantan is four times larger than Java, but is only populated by 16 million people, and contributes to 8% of GDP. It is strategically located in the country’s centre. Relocating the capital city to Kalimantan is a logical way to spread the wealth to other parts of Indonesia.

Forecasts indicate that up to 500,000 jobs will be created because of the relocation. It is projected to add 2% to the national economic growth. Kalimantan, itself, will enjoy an added 8% growth from its baseline projection.

In addition, the previous governments have been labelled ‘Java-centric’. Relocating the capital city to Kalimantan is a praiseworthy effort to change people’s perception, showing that Indonesia is not only about Java. 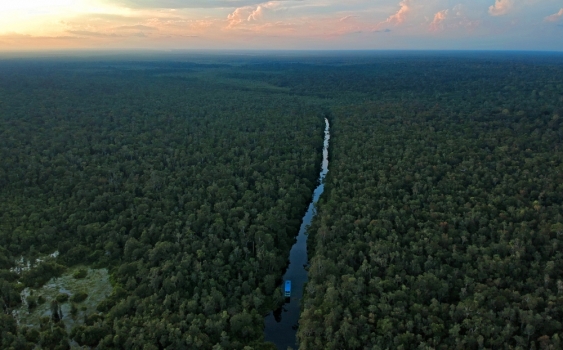 The environment is a valid and serious concern. The rainforest in Kalimantan is considered Asia’s last great rainforest. The forestry and mining industry are the main contributors to forest loss in Kalimantan and an increase in the number of people on the island could exacerbate deforestation.

The Indonesian Government promises that the relocation will have positive impacts on the environment. They will not disturb existing protected forests and 10% of the city will be dedicated as green open space. The government also intends to adopt a “forest city” concept. This all sounds good, if not abstract, on paper.

I am sceptical that the impacts on the environment will be positive. But instead of looking solely at the risk, we need to consider the opportunities and have a more balanced view. With proper risk management in place, the construction of the new capital will be an excellent platform for Indonesians and the global community to learn how to implement sustainability principles in a city-sized context.

Another serious environmental concern is forest fires, which occur every year, engulfing neighbouring countries in smoke. The relocation might make the forest fires in the region worse. Jokowi is under pressure to show that he is serious in ending forest fires. By placing the administrative centre of the country amid the problem, the government will be able to monitor and control it more closely.

We must also note that the new capital will be located near Balikpapan, a city of 700,000 people. It has been recognised as Indonesia’s most liveable city. So, the new capital city will not be built in the middle of a rainforest and the impact of the relocation to the environment should not be as grave as one would imagine.

Furthermore, constructing a new capital city is not unheard of. Australia did it in 1911. Brazil did it in 1960. More recently, Myanmar had a new capital in 2006. Again, this is a great opportunity for all, particularly for Indonesians, to implement their learning and further develop their human capital through the process.

Moving the capital to Kalimantan was first envisioned by the first president of Indonesia in the 1950s. It has been in the agenda of subsequent presidents for decades. Jokowi seems to be the one brave enough to do it. The House of Representatives still needs to approve the relocation but, looking at the way Jokowi steamrolled challenges in his first term, he should get the approval regardless. I admit that this relocation could be disastrous. However, sometimes the biggest risk is not taking one. Let’s see in a decade’s time what legacy Jokowi will leave behind.

Dr Riza Yosia Sunindijo is the Director of Postgraduate Research in the Faculty of Built Environment.