Opinion Remembering Shirley Hazzard: 'art is the only afterlife of which we have evidence'

Author Shirley Hazzard taught readers to approach literature with an ear to poetry and reminded us of the endless and important labour of art, writes Brigitta Olubas. 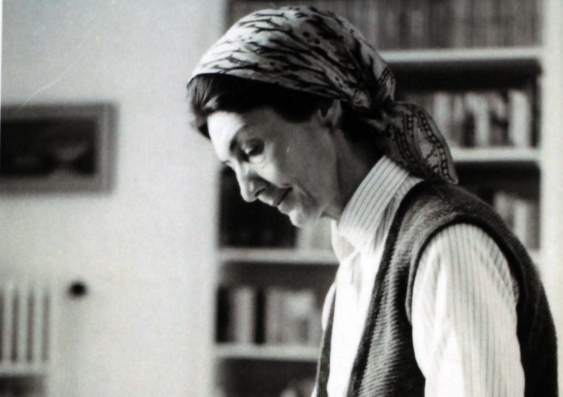 OPINION: Shirley Hazzard passed away on Monday night, in New York, at the age of 85. Like most of her admirers, I came to know her through her sentences. Reading her novels, I was enchanted and compelled by her characters; I delighted in their astonishing reversals and revelations, and I revelled in the narrative lines of good and evil, justice and devastation and confusion and error.

But it was her sentences and phrases that hooked me in. With their leaps of sound and sense they forced me to read with unfamiliar attentiveness, a thrilling sense of narrative trust, and a demand that I take the work of reading seriously.

Many of her readers who have been similarly beguiled by her style. As novelist Gail Jones put it in 2012, in a panel discussion of Hazzard’s style, Hazzard’s readers admire “the imagistic exorbitance” of her writing, “its quality of audacity, of ingenuity, of bold excursiveness”.

Jones’s own striking phrases here pay tribute to the vibrancy of Hazzard’s language, echoing something of its linguistic facility and richness. Hazzard’s great novel from 1980, The Transit of Venus, opens with this extraordinary paragraph:

"By nightfall the headlines would be reporting devastation. It was simply that the sky, on a shadeless day, lowered itself like an awning. Purple silence petrified the limbs of trees and stood crops upright in the fields like hair on end. Whatever there was of fresh white paint sprang out from downs or dunes, or lacerated a roadside with a streak of fencing. This occurred shortly after midday on a summer Monday in the south of England."

The calm authority of the opening sentence is broken apart by the startling comparison of the sky and awning, which leads us, in some trepidation, into a surreal landscape full of menace. The full significance of the scene will be revealed much later in the novel, and only to the careful reader. This week, in the wake of Hazzard’s death, Michelle de Kretser observed: “Reading her has always made me long to be a better writer. In some irrational yet profound sense, I wrote for her. Few writers can match the lucid beauty and import of her sentences."

There is a lovely sense of writers as readers hovering in the space between these three highly literate novelists. It speaks to the experience other readers have of a strangeness in Hazzard’s style, with its linguistic felicity, densely packed metaphorics and tone of high seriousness.

In part this strangeness is the experience of reading prose that has been built, meticulously, from poetry remembered across a life devoted to reading. Interviews with Hazzard are full of references to her extraordinary recollection of poetry, as well as to the breadth of her reading. In a very specific way, her style speaks to her own history and biography, and to her project of self-creation as artist and intellectual.

Born in Australia, Shirley Hazzard lived most of her life as an expatriate with no strong ties to her country of origin, moving nonetheless with authority in elevated cultural circles in New York, Naples and Capri. Although she left school at 16 without further formal study, she was a skilled linguist and autodidact deeply versed in Western art and literature, and familiar also with major works of other traditions.

Alongside her commitment to art, she was a meticulously informed observer of local and international politics, intent on holding public figures to the highest ideals. She worked at the United Nations through the 1950s and remained a fierce critic of what she saw as its inept and compromised failure to be a truly international organisation. Hazzard thus moved, as her fiction also moves, with ease across the worlds of politics and aesthetics. Her novels and stories have their action firmly grounded in the world of public and political life, as well as in the interior worlds, sensibilities and sympathies of their protagonists.

Although the narratives centre around romantic and sexual love, there is also a sustained concern with the recollections and consequences of world war. We see the administration of peace with all its brutal militarism in The Great Fire (2003), which won the National Book Award; ongoing agitations around the globe in relation to dissidents and refugees in The Transit of Venus (1980); the pernicious endurance and ineptitude of bureaucracies in People in Glass Houses (1967), as well as the expressly political dimensions of the domestic and international policies of diverse governments.

These worlds meet most pointedly in the moral and ethical choices presented to her protagonists in their personal and professional lives as artists, scientists, activists, lovers, or friends.

The bond between writers and readers Shirley Hazzard’s Gauss lectures were published in 2016 in We Need Silence To Find Out What We Think. Columbia University Press

Hazzard was committed throughout her life to articulating and defending the public role of writers and artists. In 1982, shortly after the acclaimed publication of The Transit of Venus, she presented the prestigious Gauss lectures at Princeton University. In these lectures titled “The Lonely Word”, which were published for the first time this year, Hazzard insisted on the closeness of bonds between writers and readers as part of the announcement of her own ethical proof; her right to speak as an author, through the practices of literary emulation and apprenticeship.

These close bonds also ground poetic posterity: she wrote that “art is the only afterlife of which we have evidence – the transmission of human experience and thought”.

She found the value of literature in its capacity to compensate for loss: “Through art we can feel, as well as know, what we have lost; in art, as in dreams, we can occasionally retrieve and re-experience it.” Literature also has a capacity for immediacy, an ability “to transmit sensations and sentiments”. Its “directness to life” draws from a commitment to the rightful labour of writing, and to its veracity, what she called “a responsibility to the accurate word”.

The only authentic response to literature is through pleasure. Reading is, she argued, "in part an act of submission, akin to generosity or love; and confession to it, through praise, is a commitment to a private, ‘unauthorised’ response".

With these resonant claims, Hazzard presented a kind of apologia for amateur reading, one which spoke directly to her own role as a writer working outside the circuits of professional literary criticism. Amateurism was central to her constitution as an intellectual, drawing on a tradition of literary devotion and nourished by a privately gleaned intellectual rigour. Defeat of an Ideal (1973) was the first book Shirley Hazzard wrote criticising the UN’s failings. Little Brown and Company

These same qualities have always informed her fiction and are the bedrock of her writing style. They bear witness to the writer’s knowledge of and respect for other writers, and draw all readers into the circle of labour and responsibility. These are important principles, which might inform the discussions taking place today around the value and significance of the arts and humanities, and of scholarly and intellectual work more broadly.

In 2011, as I neared the final stages of my study of her work, I sent Shirley Hazzard the chapter I had written about her writing on the United Nations, for her approval. I asked her if she could let me know if I had made any errors in my account of historical events.

She returned the typescript, marked up with corrections not to the content but to the style, expression and phrasing. Some were slight tweaks, but there were also points where she had clearly been irritated by some particularly infelicitous or injudicious expression or repetition.

I was meeting Shirley Hazzard once again at the level of the sentence, but this time the sentences were my own, and some were found wanting. Of course I followed her suggestions. I have kept that document, treasuring it as a testament to the professional generosity but also to the sharp scrutiny of one of the great prose stylists of the last half-century.

It recalls to me her abiding conviction that the arrangement of words on the page matters enormously, not just in relation to literature, but all writing, and that writing itself is a point where our private worlds become public. In teaching us to approach literature with an ear to poetry, she reminds us of the endless and important labour of art.

Brigitta Olubas is an Associate Professor of English, School of the Arts and Media, UNSW.

Remembering Shirley Hazzard: ‘art is the only afterlife of which we have evidence’