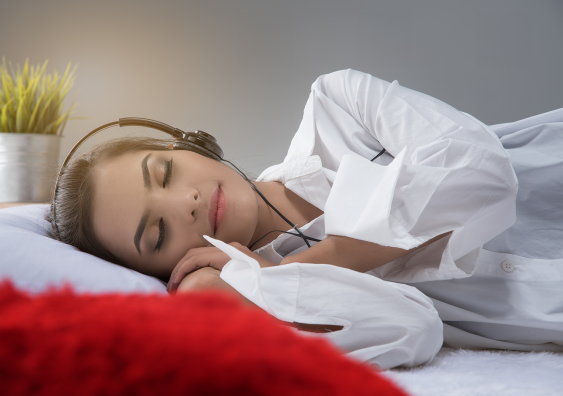 Developing a habit of listening to music at bedtime for at least a month can have a positive effect on your sleep patterns, says Thomas Dickson, a PhD candidate at UNSW Arts & Social Sciences.

Music changes “trying to sleep” from a stressful experience to a pleasant one, as well as inducing relaxation by encouraging muscular sedation that puts the body into a sleepier state, his research found.

“I'm very passionate about music, particularly in its use for sleep,” the musician and composer says.

But building the habit is very important, he says.

“Just like working out at the gym, you don't have muscles straightaway; similarly with music, the research shows the effect becomes more profound with time.” 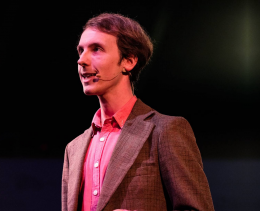 Mr Dickson is in his final year of a five-part thesis by publication on music as a sleep aid.

His thesis investigates music as a sleep treatment program, reasons people listen to music as they fall asleep, features of successful music for sleep, and musical variation.

Listening to music might entrain your heartbeat to synchronise with the rhythm of the music to slow your body down, Mr Dickson says.

Music can also offer a distraction from stressful thoughts, or mask – ‘block out’ – distracting noises in the environment.

Mr Dickson says music is mostly effective for people suffering primary insomnia in relation to anxiety, worry or stress rather than medical issues such as restless leg syndrome or sleep apnoea.

One research participant said music offered a chance to fantasise: “If I listen to Billie Holiday when I sleep, I can imagine I am a struggling jazz singer in the middle of New York in the 1940s.”

Our cultural expectations also play a part, Mr Dickson says. “For example, a person who might come from an Indian background might listen to an Indian classical sleep raga and fall asleep to that more successfully,” he says, “whereas [Western cultures] might associate a lullaby with sleep or even ambient or sedative music.”

Mr Dickson says his interest in the psychology of how music can change a person’s emotions was the catapult for his PhD on music as a sleep aid.

“What really interests me is composition, particularly looking at how a composer can make a listener feel through music,” he says.

Mr Dickson hails from a family of musicians – his father was a clarinettist in the Melbourne and Sydney symphony orchestras – and he spent his younger years as a guitarist in rock bands.

His own preference is for string orchestras and string quartets which, he says, often force the composer to create interesting musical layers or harmonies instead of focusing on instrument timbre – for example Symphony N3 – 1 by Henryk Gorecki.

Alongside his upcoming research publications on sleep, Mr Dickson's iPhone and Android app 'Can't Sleep' is in growing demand which composes your ultimate lullaby with instruments and sounds you choose.

It does this with artificial intelligence by creating tunes in real-time based on the listener’s musical preferences, and there’s everything from brass to woodwind, string and percussion.