A UNSW-led study into the long-term impacts of growing up in care has been launched by Justice Peter McClellan, who described it as an important step in strengthening the voice of 'Forgotten Australians'. 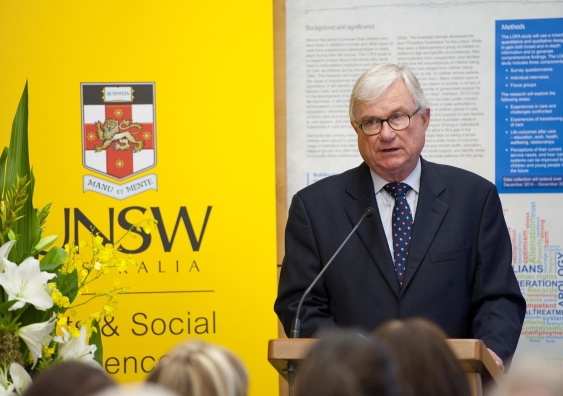 A landmark UNSW-led study into the long-term impacts of growing up in care has been launched by Justice Peter McClellan, who described it as an important step in strengthening the voice of 'Forgotten Australians'.

The Long-term Outcomes of Forgotten Australians (LOFA) study will examine the experiences – both positive and negative – of people who grew up in care between 1930-1989, and the trajectory of their adult lives.

Led by Elizabeth Fernandez, Professor of Social Work in the UNSW School of Social Science, LOFA aims to identify the needs of an estimated 500,000 Australians who were raised in care, and to improve modern-day service provision.

Up to 40,000 children remain in care across Australia and Professor Fernandez said it was hoped that lessons from LOFA would “help us avoid the mistakes of the past” and identify preventative and rehabilitative strategies for those working with survivors.

The study – an international collaboration with the University of Chicago and University of York – was launched Wednesday by Justice McClellan, chair of the Royal Commission into Institutional Responses to Child Sexual Abuse.

Former child migrants, members of the Stolen Generation and other survivors of institutional or out-of-home care attended the launch to share their stories.

“The Royal Commission has reminded us of the very damaging and lifelong impacts of abuse in care,” said Professor Fernandez, chief LOFA investigator.

Justice McClellan said the launch was an “important day for the people who we have come to know as the Forgotten Australians”, with the study “another step in understanding (their) needs”.

“Although described as forgotten, voice is increasingly being given to them through the work of survivor groups, public inquiries, academics, redress schemes and the Royal Commission,” he said.

“I have no doubt that the study which I am pleased to launch today will strengthen that voice.”

Justice McClellan said the LOFA project would enhance the growing body of knowledge about a “largely unknown part of our national history” and help “ensure that the mistakes made in the past are not repeated”.

“Importantly, it will help to identify the response which the community must make.”

Professor Fernandez said she hoped LOFA’s findings would increase pressure on federal and state governments to shoulder collective responsibility and “redouble their efforts” in addressing the devastating impacts on survivors.

Ian “Smiley” Bayliff came to Australia as child migrant when he was eight and was raised at the Fairbridge Farm School at Molong in central west NSW until he ran away at the age of 16.

He recalled a cruel, loveless upbringing of beatings with a riding crop and punishing child labour.

“Our parents let us go to Fairbridge Farm School because they were promised we would have an education and opportunities that my parents could not possibly give us,” he said.

“I never saw my dad again and it was 42 years before I next saw my mum.”

An emotional Bayliff said Fairbridge was not a good place for children, “particularly little children who copped it worse”.

“There was no love and most children spent their entire childhood without anyone putting their arm around them or giving them comfort,” he said.

“Many of the children were severely abused and much of this abuse was known about by officials at the time, yet it was not stopped.”

Fellow Fairbridge classmate David Hill, a former managing director of the ABC, said the study was important because “it’s the first time we’re getting a national scope” of the issue.

“(It’s) not only for the benefit of those former institutionalized children, but one would hope we’ll learn something from the experience that will be of value to kids in future and currently in the care system,” he said.

Professor Prem Ramburuth, President of the UNSW Academic Board, said the University was “very proud that the project is located on this campus” and being led by UNSW researchers.

LOFA is now recruiting participants, with the study to take a three-pronged approach of surveys, individual interviews and focus groups. 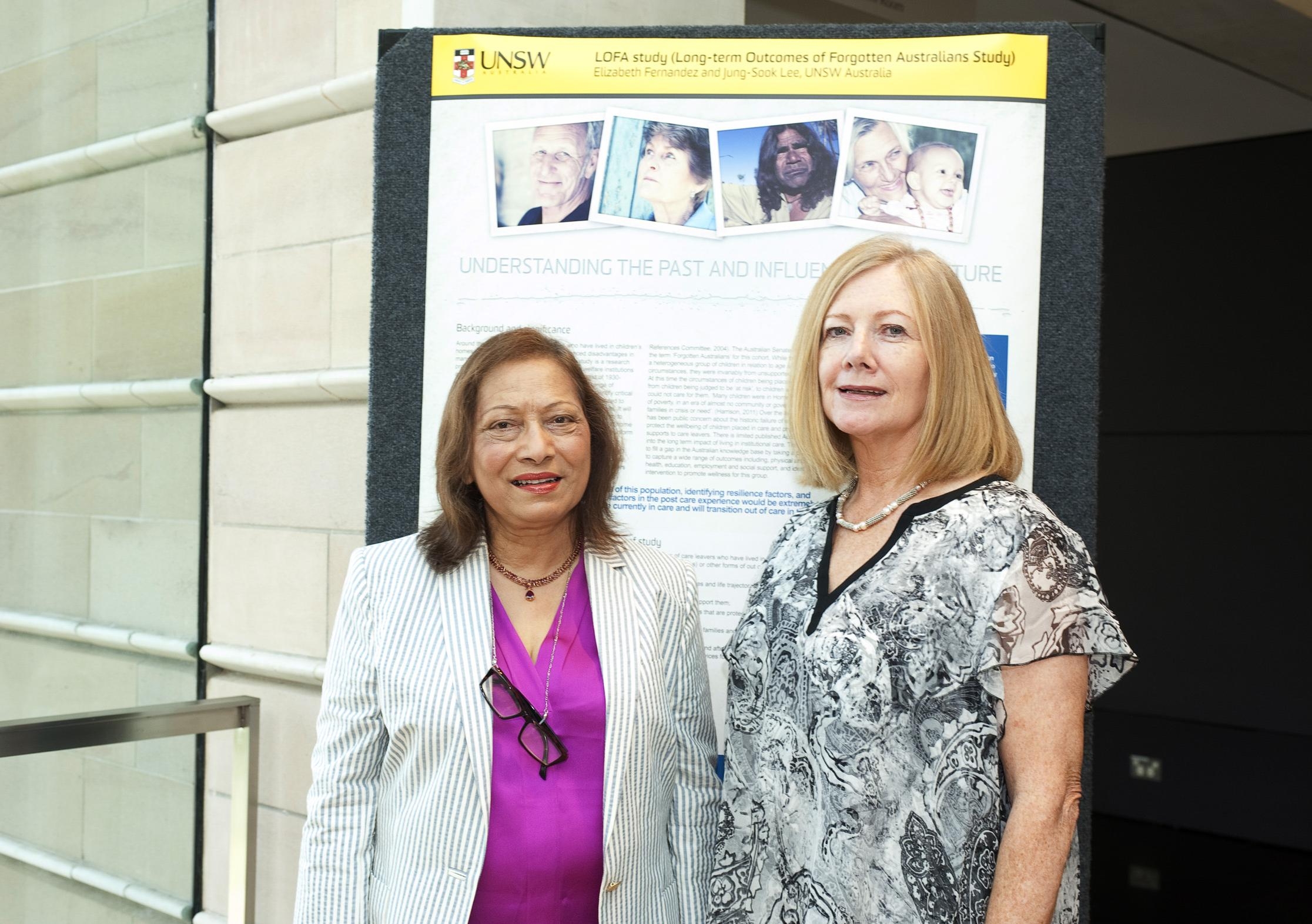