Opinion Saving Sirius: why heritage protection should include social housing

Campaigners to save Sydney’s landmark Sirius building from demolition had a significant legal win this week, writes Chris Martin. 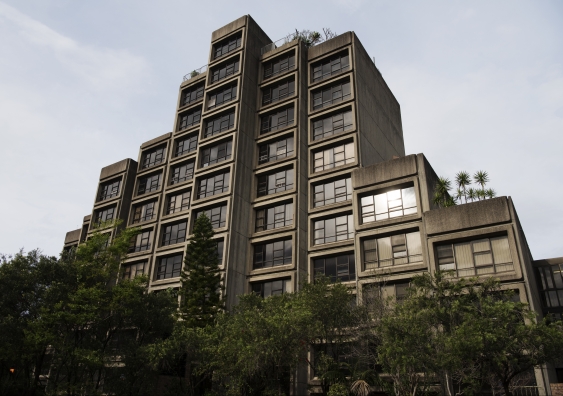 The Sirius building in The Rocks: Photo Fairfax

OPINION: Campaigners to save Sydney’s landmark Sirius building from demolition had a significant legal win this week.

Last year, the then state heritage minister, Mark Speakman, refused to list the Brutalist block of public housing apartments on the New South Wales Heritage Register. Doing so would reduce the amount that the government, as its owner, might make from selling it. Now the NSW Land and Environment Court has ruled that the decision is invalid and must be remade.

This does not mean Sirius is now heritage-listed, let alone safe from demolition. Heritage Minister Gabrielle Upton could still decide not to list the building, but she will have to make her decision according to the requirements of the Heritage Act.

Still, it is an important decision on how our heritage is protected at law, and it is fitting that Sirius should be the subject of it. In a sense, this building and the Heritage Act were born from the same event: the Green Ban movement of the 1970s, in which Jack Mundey’s Builders Labourers’ Federation (BLF) acted, on the advice of local residents and the National Trust, to prevent development that threatened significant sites and housing, mostly famously at The Rocks.

The Green Bans there were lifted when the state government agreed to “the people’s plan” put forward by residents and the BLF to preserve the built fabric and provide low-income housing in the area. The result was Sirius, which was completed in 1980. And the wider result was statutory heritage protection, in the form of the Heritage Act.

The heritage significance of Sirius lies both in its striking architectural form and in its connection to that remarkable period in Sydney’s social history. Aside from Sirius’s own significance, the case prompts us to consider how heritage is protected, and how social housing fits in.

When we talk about “heritage” values, it may mean a range of things, from the speaker’s opinion that something is worth keeping, to its status under the several legal regimes to protect heritage.

Aside from the law, heritage management is based on a body of principles and best practice. The principal statement of these is the Burra Charter. It informs the practices of conscientious owners, building professionals, and heritage consultants.

In both law and practice, the focus is on protecting an item’s “heritage significance”. The Burra Charter refers this to synonymously with “cultural significance”, defined as “aesthetic, historic, scientific, social or spiritual value for past, present or future generations”.

This significance may vary by degree (“exceptional” or “outstanding” significance, for instance) and by extent. An item may be significant for a local community, a state, a nation, or all of humanity.

This is reflected in the different legal regimes for heritage protection at all three levels of government in Australia – local government, states and territories (each has its own, broadly similar legislation), and the Commonwealth – and the World Heritage regime.

Where does social housing fit in?

Social housing can certainly have heritage significance. We have been building it in Australia for more than 100 years, and its design and construction have been shaped by contemporary architectural and political ideas, sometimes in an exemplary way.

The Sirius case is about the state-level heritage regime. If Sirius were listed on the NSW Heritage Register, it would not be the first social housing to be listed. Sirius’s neighbour, the row of terrace houses at Gloucester Street, The Rocks, is listed, along with all of Millers Point. This includes 214 properties – an extraordinary mix of Georgian mansions, Victorian terraces and early 20th-century workers flats.

The NSW Heritage Register lists all of Millers Point, 214 properties in all, including this Georgian building. sv1ambo/flickr, CC BY

The Heritage Act does not prevent a listed property being sold, or new occupants moving in. Generally, it prohibits development of the property without prior approval of the relevant authority (usually a local council) and the Heritage Council, a statutory office established by the act. The process involves public submissions and consideration of any effects on heritage significance.

The act sets a high threshold for demolitions: these will be refused unless the item poses a danger. It also imposes a positive obligation to maintain and repair to minimum standards – preventing “demolition by neglect” – and provides for conservation management plans as a way of getting works approved and encouraging best practice.

There are some exceptions to the general processes of the Act. Notably, if the government declares a “state significant development”, the consent authority is the planning minister – the Heritage Council’s approval is not required.

Large developments (above A$10 million) in The Rocks are state significant development – so even if listed, Sirius might not be completely safe.

Many properties have local significance

One example is the Daceyville estate, the first purpose-built public housing in Australia. Another is the Woolloomooloo estate, which includes Victorian terraces acquired and renewed as social housing in the 1970s.

Daceyville estate, pictured in 1915, is heritage-listed as the first purpose-built public housing. State Library of NSW/flickr

Some properties are listed individually. Examples include Chippendale’s Strickland Flats, the first public housing flats in Australia, and a collection of post-war cottages in South Granville.

Local councils make these listings under their local environmental plans. Generally, the property may be altered or demolished only with the council’s prior consent. Some minor developments may not require the full consent process.

In the case of NSW public housing, however, special provisions allow for a much wider range of development activities on local heritage-listed properties and conservation areas without local consent. This includes the construction of multi-dwelling buildings. Demolitions, however, cannot be carried out without consent.

In terms of practice, heritage conservation management is something that social housing providers should do well, considering their scale, long-term property holding and access to expertise. Even their frugality may be an advantage: as the Burra Charter notes: “the best conservation often involves the least work and can be inexpensive”.

Sirius has a less famous sibling, “The Laurels”, a low-rise block of modular apartments in suburban San Souci. It is not listed on any heritage register. Perhaps it should be.