Opinion Saving the young from superannuation

OPINION: People under 50 need protection from the proposed increase in super contributions because many are under financial stress, writes Dr Bruce Bradbury. 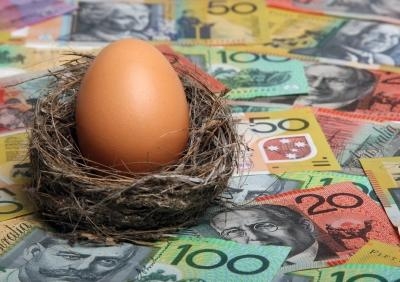 OPINION: Of the many policy debates in Federal Parliament in 2011, one which gathered support from both major parties was the proposal to lift the superannuation guarantee employer contribution from 9 to 12 per cent.  Not surprisingly, this was wholeheartedly endorsed by the superannuation industry. However, superannuation contributions impose large burdens on young adults at a time when they can least afford them. With this proposed increase, it is time that the policy was amended to improve the match between retirement saving and costs across the life course.

More superannuation, it is argued, will increase intergenerational equity, relieve fiscal stress on governments and compensate for the myopia suffered by individuals when saving for their future retirement. Even though the superannuation guarantee is paid by employers, it is generally agreed by analysts that the cost of the employer contribution ultimately falls on wage earners via reductions in wage increases. This means that, while superannuation saving addresses one important issue of lifecycle resource transfer (low incomes in retirement), it exacerbates another. Uniform rates of contribution increase the financial stresses faced by families during the household formation stage of life.

Now, most people paying attention to superannuation are probably aged above 50. For the average pre-retirement person aged over 50, a larger contribution to super probably makes sense (unless they have some other preferred form of saving). But younger families might start to pay attention when they find a reduced growth in their pay packet.  Are the early adult years really the best time to be saving additional money for retirement – particularly when they are already saving via home purchase? How can we rescue the young from superannuation?

Within the current system, it is not practical to simply reduce the contribution rate for the young (or any other demographic group). Since employer contributions are effectively incorporated into wages, this would mean different wage rates for different employees. However, there are a range of secondary mechanisms that could be employed.

One that is often mentioned is to allow people to access superannuation balances for house purchase. This has been criticised as undermining the life course saving objective of superannuation, but can also be seen as a mechanism to redress a key flaw in the superannuation saving model. However, while this might make sense in the context of our current housing markets, housing is not the best means of saving for retirement. It is hard to liquidate and increases the amount of wealth passing to the next generation rather than being used for consumption in old age.

If we don’t want to encourage housing investment, there are nonetheless other potential strategies. We could allow access to super for other life course-related expenditures such as childcare fees or to supplement paid parental leave. Finally, one could simply allow super funds to pay out some funds to people under certain ages. (In turn, decisions would have to made on whether and how to claw back the tax concessions associated with the initial super contributions).

The plan to increase the super guarantee to 12 per cent now makes the task of addressing these life course implications more important than ever.

For a more detailed analysis go to Dr Bradbury's blog or the Sydney Morning Herald article.