New data shows some of the biggest issues confronting parents these days all seem to have one common element: smart devices. 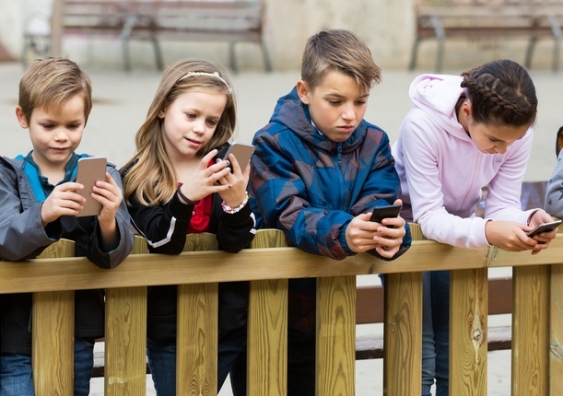 An overwhelming majority of Australians (nearly 92%) believe smartphones and other media have reduced the physical activity levels and outdoor playtime of children.

And an almost identical number of people believe play helps children to build skills like collaboration, self-control and problem solving that are required for the changing future, new survey results reveal.

Social media is seen by more than 77% of people as such a distraction to school children that it results in negative impacts on their wellbeing and family relationships.

The findings from the national survey define community attitudes to areas of research the Gonski Institute is investigating, including understanding how more time for free outdoor play affects student learning and wellbeing.

They also coincide with an academic event the Institute is hosting on the benefits of learning through play in school involving researchers from around the world. 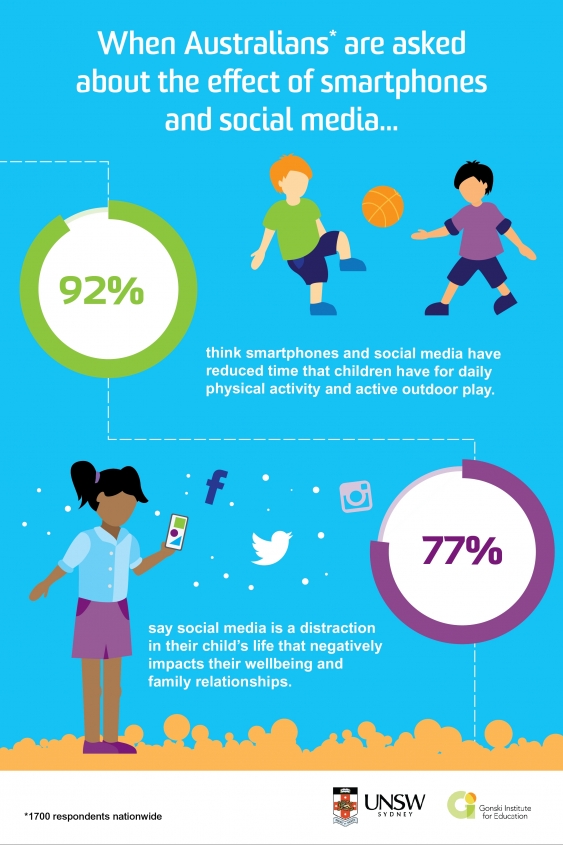 The survey results released today found most people believe too much pressure is placed on children to grow up quickly in a modern world, holding them back from effective learning and healthy development.

“Australian children spend much longer hours in school than their peers in most other countries and still have less time for unstructured play during the school day.  These new findings reveal a total of 85% of parents say kids today spend less time playing than they did when they were their children’s age,” Professor Sahlberg said.

“It is clear the vast majority of adults highly value benefits of play for children’s wellbeing and development, and this matches up with what we know from overseas research and what we are doing here. Learning through play may be the most effective and easiest way to help all children to learn collaboration, problem-solving, resiliency, creativity and empathy which are all highly desired future job skills.” 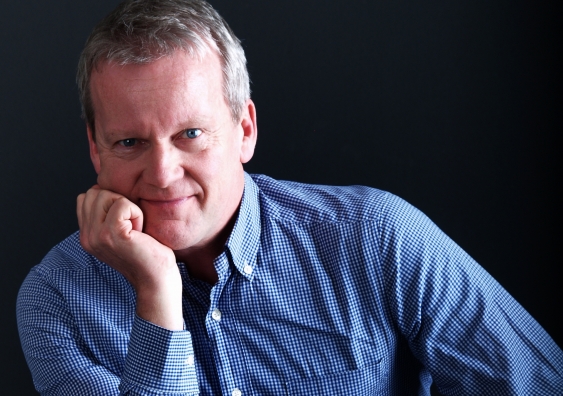 “What is fascinating is that while this whole area around the benefits of play and the impacts of devices are little understood at a policy level, the results match with the available research knowledge. And that is why the Gonski Institute is doing deeper, Australian-based research into these areas with various collaborators including LEGO,” Professor Sahlberg said.

Three out of four Australians say the first few years of schooling should focus more on learning through play than they do now.

And more than 90% believe smartphones and other media have reduced time that children have for daily physical activity and active outdoor play, with a majority saying social media harms children’s wellbeing and their family relationships.

“Smartphones certainly have a role to play in all our lives but at the right times and in the right ways,” Professor Sahlberg said.

“I think society is only catching up to the impacts of technology and social media on children and there needs to be some controls around this.

“Having been part of building the current education system in Finland and having worked in education policy and research all my life, I am excited by my work here in Australia because domestic research into this type of interaction is crucial to provide evidence to better focus on whole-child development.” 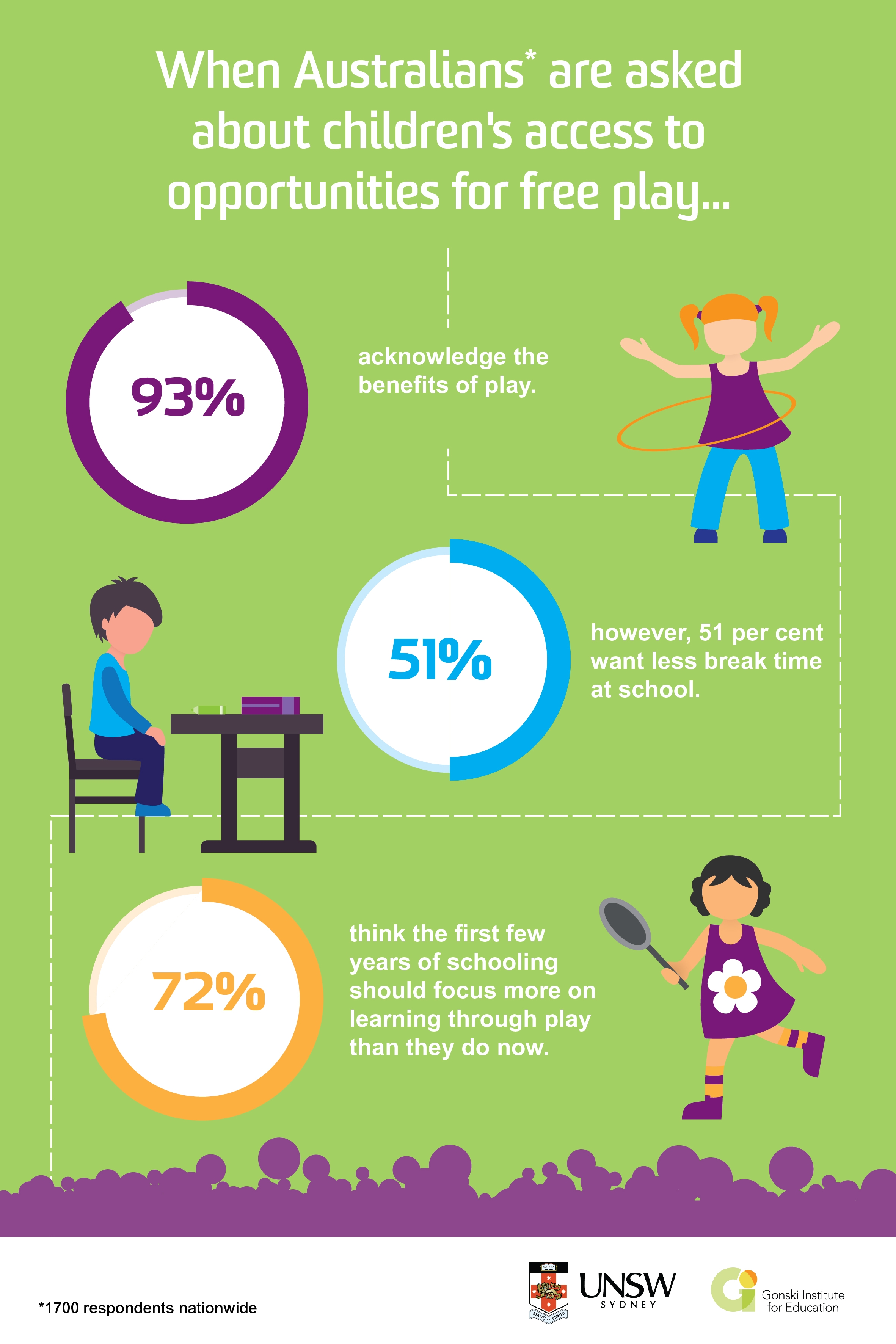 1.  The community survey was of 1,612 people nationally by uCommunications Pty Ltd. Telephone numbers and the person within the household were selected at random. The results have been weighted by gender and age to reflect the population according to ABS figures.

2.  Devices research – The UNSW Gonski Institute for Education is conducting the ‘Growing up Digital Australia’ survey and research project across three phases and phase one involves a large survey which is open until 15 December via https://unsw.au1.qualtrics.com/jfe/form/SV_cNlo9gKi3dvUwoR.

3. Play research – The UNSW Gonski Institute for Education research project ‘Fair Play’ is investigating the role of play in Australian across a number of streams and the project will be introduced to an international expert audience at a Play Symposium at UNSW Sydney on November 15.

4. Professor Sahlberg’s latest book, ‘Let the Children Play’, has this week just been launched at the Australian Embassy in Singapore and provides insights from around the world into the importance and benefits of play in children’s lives.

NAPLAN needs ditching, not a redesign