The practice of locking up children indefinitely, identifying them by number, exposing them to violence and depriving them of education stands in stark contrast to widely held Australian values, writes Karen Zwi. 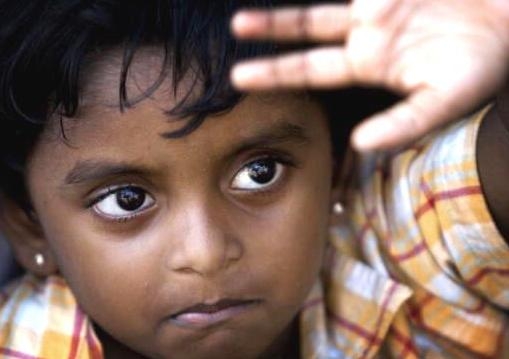 OPINION: The practice of locking up children indefinitely, identifying them by number, exposing them to violence and depriving them of education and developmental opportunities stands in stark contrast to widely held Australian values. Yet, on our recent visit to Christmas Island to assess the circumstances of children in immigration detention we met children who face this dehumanising reality every day.

The children, teenagers and parents we interviewed were polite, dignified and grateful that we were listening. Coming from Iran, Iraq, Burma, Somalia, Afghanistan and other war-torn countries, they told similarly distressing and credible stories. Often in tears, they spoke of the horror they had witnessed: the rape of female relatives, the kidnapping, mutilation or murder of family members or the burning of their villages.

They had undertaken long and dangerous journeys across several countries to reach Indonesia where they boarded boats. Every child described fearing for their lives on the boat journey to Australia and their enormous relief at sighting Christmas Island, Darwin or a navy ship.

Their indefinite detention since, however, is not only compounding the impact of their past ordeals but putting them at lifelong psychological risk. Yet even in the face of such adversity these children exhibit resilience, determination and a keen desire to contribute. These are critical, positive attributes that could, and should, promise them a productive adulthood.

This week's announcement by the Immigration Minister, Scott Morrison, that 150 detainees aged under 10 years old are to be released into the community can only be welcomed because it may put them back in "protective environments" that can mitigate the long-term impacts of trauma. These include quality education, meaningful activities and supportive adults.

However this does not apply to all children in detention, and will affect only 16 per cent of those currently in locked detention and 6 per cent of all detained children. Arguably, it will heighten the despair of the other 745 (84 per cent) children who have been excluded from the release by the apparently arbitrary measures imposed by the federal government (their age or their arrival after July 19, 2013, the cut-off date for resettlement in Australia.) Many of these children have already experienced persecution based on ethnicity, religion, or race; now they can add age and date of arrival to the list.

Why 10 years old? Perhaps this draws on the evidence that young children are particularly vulnerable to psychological damage in detention, where their exposure to parental helplessness, lack of autonomy, adult acts of self-harm and the hopelessness of a life in limbo is damaging their health and development. Yet older children are also fragile. The older children we spoke to desperately wanted to go to school, to be outside the imposing fences, to play and learn and run with the "free" children. They were sad, worried, forgetting things they once knew, regressing, and deeply disappointed in Australia, the "human rights country".

Of even greater concern are the unaccompanied children under 18 years who carry the additional burden of unfulfilled family aspirations. Most of those we met had been selected as the "resourceful" older child for a desperate mission to "save the family", or send money back home. They find themselves "imprisoned", "in hell" and unable to do anything for their families, and with no idea of how long this will continue. They talk of immense fear of transfer offshore, loneliness, boredom and overwhelming anxiety about their uncertain futures. Those subjected to previous war and trauma are plagued by nightmares, bed wetting and stuttering, which worsens with time. Most have already been incarcerated for more than a year. Research shows almost half are likely to have mental health problems which may persist for decades. The worst affected are agitated, and many would qualify for a diagnosis of depression, anxiety or post-traumatic stress disorder.

The most pressing plea from all children on Christmas Island, unaccompanied or with family, is the opportunity to be educated. Yet, most children we met on Christmas Island had only had two weeks of schooling in the past six to eight months, the quality of which prompted one boy to ask us: "Did you know school in Australia is worse than in Somalia?" They dream of the opportunity to attend the local school, follow a standard curriculum, mix with non-detention children and escape the fences for a few hours each day.

Even confined, however, children and teenagers are remarkably insightful. They understand and talk about the risks to their mental health and the need to stop themselves from "going mad" or becoming suicidal. Research tells us that with exposure to riots, fires, violence and self harm in detention this risk steadily increases. We encountered several adolescents with suicidal thoughts and we know of others who have self-harmed. Ironically, or perhaps tragically, the signs on the fences in the Christmas Island facility say: "Keep Calm and Stay Strong"; "Keep Calm and Be Yourself".  However, there is only one solution for every single child in detention. Their immediate release.

Karen Zwi is a Conjoint Associate Professor with the School of Women's & Children's Health at UNSW.

Australia is the only reasonable destination for refugees on Manus Island