To suggest that some forms of rape earn that name more legitimately than others, as Todd Atkin has done, is to defend the agenda of the rapist, argues Rob Brooks. 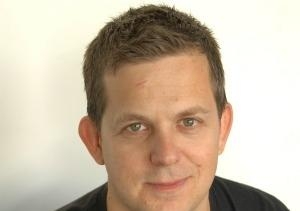 OPINION: Like almost everybody else I spoke to today, I was staggered, this morning, to hear Todd Akin’s comments about “legitimate rape” and pregnancy. The Missouri Republican, who is running for Senate, was justifying his opposition to abortion even in cases of rape, when he offered up the following cringeworthy utterance:

From what I understand from doctors, [pregancy resulting from rape is] really rare. If it’s a legitimate rape, the female body has ways to try to shut that whole thing down.

It’s possibly the biggest news story in the world right now, but if you missed it, Nicole Hemmer has done a wonderful job here at The Conversation dissecting the responses to Akin’s comments and their likely campaign-aborting implications.

As Hemmer and others point out, Akin’s comments are very much an extension of the so-called “Republican War on Women”. The Republican party finds itself unfortunately captive to evangelical zealots whose bronze-age cosmology is matched only by an antediluvian attitude to sexuality, sex and reproduction. It should surprise nobody that women (like atheists and homosexuals) are far less likely to vote Republican than men are. What surprises me is how many women do vote Republican.

I couldn’t do justice to just how ignorant Akin must be to even consider qualifying “actual rape” from any other. Fortunately columnists, bloggers and tweeters everywhere have been hard at it since Sunday morning. But what struck me most was his pseudo-medical contention that “the female body has ways to try shut that whole thing down.”

That is an assertion that strays right into my research specialty: the biology of sexual conflict. I’ve written many times before about the fact that the reproductive interests of a man and a woman are seldom perfectly aligned and can be quite profoundly out of whack. A wife and husband who differ on whether to have another child are in mild sexual conflict, whereas a rapist and his victim are – it would be hard to overstate this – at profound odds (evolutionarily and otherwise).

Women and men, like all sexually reproducing animals, negotiate the decision over whether to mate or not. The outcome isn’t always a happy compromise because sometimes the mating is worth much more to one party than the other. But in some species, a female can choose – after copulating – not to use the sperm of a male.

In the Australian Black Field Crickets we use in my lab, the male cannot copulate forcibly with the female. She has to mount him voluntarily and she is unlikely to do so unless he has a sexy song. But once she has mated him and he has attached a bag of his sperm (a spermatophore) to her abdomen, she often chooses to remove it before its entire contents enter her body. This isn’t in the male’s interests and he harasses her to prevent her reaching around and removing the spermatophore.

Perhaps this is the kind of thing Todd Akin had in mind? Post-rape female choice in humans in which women have some kind of adaptation that prevents conception with the sperm of a rapist. I always savour the irony when an evangelical evolves into an armchair adaptationist.

If such an adaptation existed, it certainly doesn’t work particularly well. According to one U.S. study, “national rape-related pregnancy rate is 5.0% per rape among victims of reproductive age”.

My point here is not to get sidetracked in the largely irrelevant biology of whether women can, somehow, discriminate against the sperm of a rapist. I would rather highlight the fact that the way in which women discriminate against men whose children they do not want to carry is by not having sex with them in the first place. A measure of the extent to which a society deserves to consider itself civilized can be gained from the extent to which its citizens recognize this fundamental and inviolable right.

When this right is violated or subverted, be it via incest, or violent coercion, or any other means whatsoever, the result is rape. To suggest that some forms of rape earn that name more legitimately than others is to deny women this right and to defend the agenda of the rapist.

But in societies like ours, there are other very effective mechanisms by which women can choose not to bear a child by a particular man, including a rapist: abortifacient drugs and abortion. Bill Clinton famously asserted that “Abortion should not only be safe and legal, it should be rare”, and even the most ardent pro-choice advocates agree on all three points. But without the first, women fare considerably worse in the messy business of sexual conflict.

What strikes me about the anachronistic attitudes of evangelicals and their Republican puppets to abortion, contraception, family planning, female economic empowerment and feminism in general is just how unambiguously male these attitudes are. All of these issues are informed by what suits men’s evolutionary and economic interests. Or more precisely by what suited the interests of men, especially rich and powerful men, before the industrial revolution.

An entire political party in one of the most advanced and educated countries on earth has become a caricature of the most basal evolved insecurities about masculinity. They seem terrified of losing control over the means of reproduction and petrified of cuckoldry.