St Patrick's Day and Irish identity have become inseparable from Guinness, but is Ireland best served by aligning itself with a slickly marketed beverages company headquartered in London, asks Ronan McDonald. 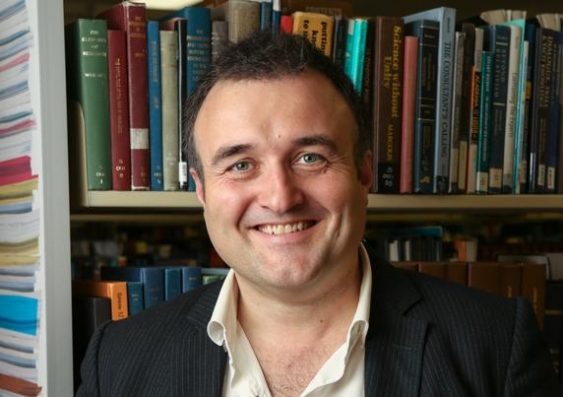 OPINION: On Monday, major landmarks of the world, including the Opera House, will turn green in honour of St Patrick. Pipe bands will fill the air, floats decked in emerald will steer through crowds, and revellers from Singapore to San Francisco will savour that exquisite liberation: an excuse to get drunk on a Monday. Many will quaff Ireland's most famous export, apart from people. St Patrick's Day in particular, and Irish identity in general, has become inseparable from the black stuff.

Contemporary St Patrick's Day is as much about modernity and branding as tradition and identity. Red-bearded leprechaun, the large inflatable shamrock, the ''Kiss me I'm Irish'' T-shirt were, it will come as no surprise, not crafted in County Kerry. The American commodification of Irish heritage has a huge global influence, which, not least for economic reasons, the Irish often tolerate, embrace or even import. The Taoiseach (prime minister) ritually presents a bowl of shamrocks to President Barack Obama in Washington.

When Obama visited Dublin in 2011, prominent on the itinerary was a visit to the Dublin Guinness Storehouse. He was happily photographed skulling the ebony nectar when he visited his ''ancestral home'' - Moneygall, County Offaly - on the same trip.

The link between Guinness and Ireland was also prominent during the historic visit of the Queen to the Republic of Ireland. She politely declined the offer of a freshly poured pint, though Prince Phillip stared longingly at the settling glass.

Great credit is surely due to Guinness for this marketing coup. What other commercially available drug has positioned itself as the brand of a nation? Guinness marketing has walked a tightrope in recent decades. In the 1980s, links between republican activists and the New York parade prompted the company to withdraw its financial support. Recent state papers revealed that, for similar reasons, Guinness considered removing all its associations with Ireland during the Troubles, when IRA bombs had made the brand's Irishness a liability. It will be instructive to see how it handles bad publicity emerging from this year's gay ban at the New York parade, where it is still a sponsor.

Historically Guinness was not on the side of Irish cultural distinctiveness. The business was famously founded in St James Gate, Dublin in 1759, but it was not until the 1960 that a Catholic worker was promoted to management. Like most Irish Protestants of their time and class, the Guinness family held unionist convictions, opposing Home Rule and supporting the execution of the leaders of the Easter Rebellion of 1916. The company has long since left behind its origins as an Anglo-Irish family business, and is much less Irish than its perception.

It is now owned by Diageo, a beverage corporation quoted on London and New York stock exchanges, and most of the operations have moved overseas. A small workforce remains in Dublin at the historic St James' Gate site, where the main presence is the Guinness Storehouse. Here visitors can explore the Guinness museum, enjoy a pint at the Gravity bar, and buy a T-shirt.

As one would expect for an international business, Guinness uses Irishness strategically. During the 1990s, the years of ''Cool Hibernia'', it turned away from its previous discomfort and pumped up its Irish association, becoming the sponsor of St Patrick's Day in cities around the world, including Dublin. The ubiquitous floppy, black Guinness hat was born. But the marketing goes both ways. Official Ireland, and its satellites, accept Guinness sponsorship, hoping that an alcoholic drink will help market the national reputation for ''craic'' and conviviality, while at the same time stay distinct from rising concerns about alcohol abuse or uncomfortable stereotypes of the drunken Irish.

There should always be a distinction between a country and a commercial brand, a flag that is a logo will lose its power to command. One wonders if Ireland is best served by aligning itself with, and further lining the pockets of, a slickly marketed beverages company headquartered in London.

Professor Ronan McDonald is director of the global Irish studies centre at UNSW.

This opinion piece was first published in the Sun Herald.