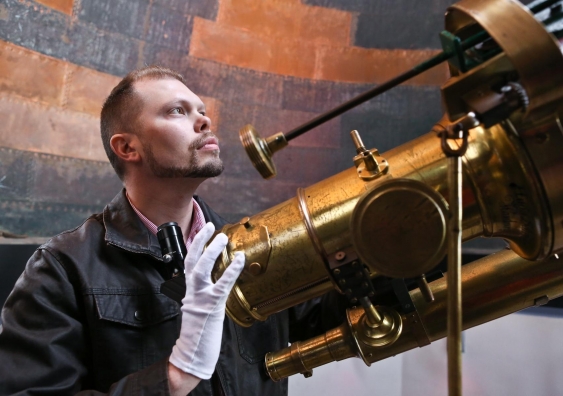 Considered to be the world’s oldest astronomers, Indigenous Australians have been studying the night skies for more than 50,000 years, but their ancient knowledge is only now being revealed.

Hamacher is one of only a few people in the country actively studying astronomy from an Indigenous perspective.

“Aboriginal people made careful observations of the sky, noted the positions of celestial bodies, and incorporated this knowledge into their culture.  Their approach to astronomy is more holistic than the Western approach, which tends to compartmentalise disciplines,” he says.

Where Western astronomy uses the language of mathematics to describe the nature and evolution of the cosmos, Indigenous people use oral tradition and art to transmit knowledge about the stars.  This knowledge was essential for time keeping, food economics, navigation and social structure.

An online project being developed with Nura Gili director, Professor Martin Nakata, will explore Indigenous astronomical traditions and provide a place for Aboriginal communities to share their sky stories online.

Shaun Wright carves out an inspirational path to success