Strategic shocks in Asia: The risk of war with China

Two leading experts in Asian security have warned recent strategic shocks in the region have dramatically heightened the risk of war with China. 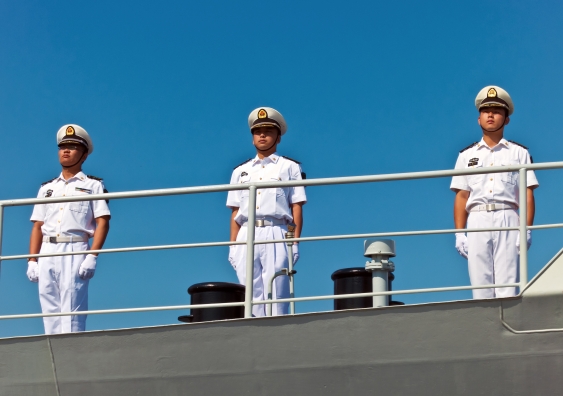 East Asia has been hit by several strategic shocks in the past two years and these raise the risk of military clashes. Photo: Shutterstock

Leading experts within the National Asian Security Studies Program at UNSW Canberra have called attention to the heightened risk of war with China arising from recent strategic shocks.

In a seminar at the ADFA campus this week, Professor Greg Austin said: "East Asia has been hit by several strategic shocks in the past two years and these raise the risk of military clashes."

He identified the shocks as the unprecedented island fortifications in the South China Sea, China's clarification after almost 70 years of doubt about a claim to historic waters in much of the South China Sea, and the stance of President Trump and his advisers that appear to call into doubt China's stance that Taiwan is part of "one China".

Associate Professor Chris Roberts drew attention to two additional shocks. "On the one hand, South-East Asia has seen a decline in the proactive leadership of Indonesia despite Chinese coastguard and fishing vessel encroachments within Indonesia’s EEZ. On the other hand, the new President of the Philippines, Rodrigo Duterte, has flagged a radical reordering of his country's relations both with China and the United States on strategic issues," Roberts said.

Both scholars called on the Australian government and academic specialists to develop a plan for Australian diplomacy that specifically takes account of the radically altered strategic environment.

"So far we see no signs of any such response," Professor Austin said. "It's looks all too much like business as usual in Canberra, with a wait-and-see attitude taking pride of place over new plans for reducing tension."