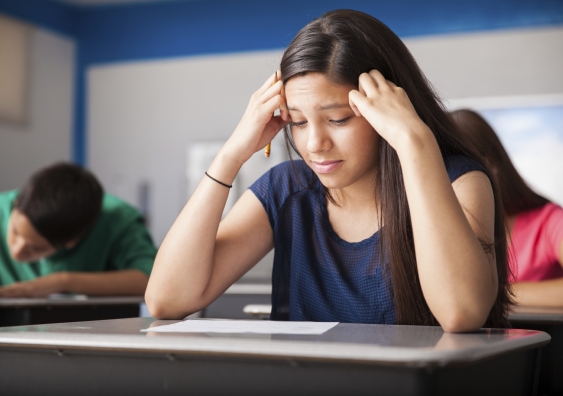 OPINION: Year 12 is a highly stressful time for many students. Regular reports describe the Higher School Certificate (HSC) as a “taxing” experience or “a blood sport”, with cheating “endemic”. The exams test knowledge and skills – but do they also test the ability of young people to cope with stress?

A recent study by the UNSW School of Education shows us what teachers, students and their parents have long known, despite limited research in this area: Year 12 can be highly stressful for students. This research aimed to identify some of the causes and effects of pressure on Australian Year 12 students, and what we could do to support students to handle their feelings of stress and anxiety.

Major school assessments like the HSC are classed as high-stakes assessments, where the results of exams could have major consequences for the student. In Australia, student performance in Year 12 determines university entry, which means marks might determine career paths and earning potential.

Students can feel academic pressure when the perceived level of expectation or consequence exceeds what they believe they can achieve. This can lead to stress and altered learning behaviours. Even worse, it can make the smartest students do poorly on their exams.

Two decades ago in NSW, the final exams solely determined a student’s HSC result. A government review cited concerns over the levels of stress and pressure faced by students in their final exams. Instead, assessments were then spread across the entire Year 12 course so that all class tests and school exams counted.

While this reduced the pressure caused by the final exams alone, it also stretched the students’ pressure over a longer period, turning a frantic sprint to the finish into a high-stress marathon.

Enough to strike fear into the hearts of many. from www.shutterstock.com

What does the research say?

A survey of Year 12 students from a range of schools in Sydney did not paint a happy picture of life for the students. Of the 722 students surveyed, 42% registered high-level anxiety symptoms, high enough to be of clinical concern. This proportion is nearly double the population norm and larger than earlier studies.

Of the total survey group, 16% of students reported extremely severe levels of anxiety, while 37% registered above-average levels of stress. Stress, anxiety and pressure levels were highest amongst girls, and higher still in gifted girls. These findings were consistent across a range of cultural groups, contrary to the Asian-background pressure stereotype.

Students reported academic pressure levels that were similar to studies completed in Asian schools. In general, 54% of students felt that too much was expected of them in Year 12. The main causes of pressure identified were workload (50%), expectations to perform (26%) and importance of exams (22%). Although average pressure levels between groups were similar, pressure was a stronger statistical predictor of stress and anxiety in gifted students.

It is the impact of pressure, however, that is most concerning, as 44% described being regularly agitated, irritable or nervous. A further 19% cited physical symptoms of nausea or fatigue.

When pressure was high, 41% of students attempted more hours of study and 35% reported working harder. Not all students coped well – 32% reported an increase in procrastination and 14% became more competitive with their friends, with higher levels of both for gifted students.

As is expected, students became more result-focused, prioritising the outcome of tests over the process of learning, or simply feared failure.

How to relieve some of the stress on students

So, what can parents, teachers, schools and the students themselves do about this? Here are a few suggestions based on the study’s findings:

Ben North is a PhD Candidate in Education; Head Teacher (Secondary) at UNSW.