Opinion Sydney’s Intercultural Film Festival is new and brave, but can it work?

Sydney's inaugural Intercultural Film Festival risks collapsing into irrelevance unless it gets the organisational basics right and defines its stories of multiculturalism, writes Greg Dolgopolov. 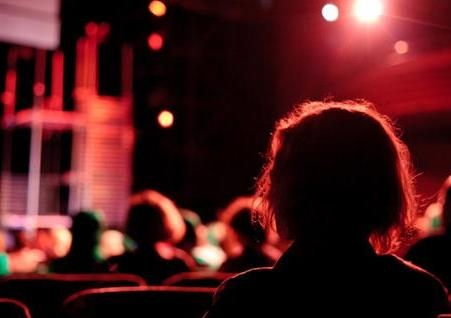 OPINION: The Sydney Intercultural Film Festival, which opens this week, is the most ambitious new film festival to hit Sydney this year. It represents a major departure from the conventions of film festivals – but with more than 40 different annual ethnic or national or religious film festivals for Sydneysiders to choose from, any new festival needs a powerful point of difference to woo audiences.

In an already bulging Sydney cultural calendar four new film festivals have emerged in 2013: the Argentine Film Festival which ran in Sydney and Melbourne in October; theBritish Film Festival, screening around the country from November 19; Corroboree Sydney, an Indigenous arts festival that kicks off on November 14 and includes a selection of Indigenous films; and finally,the Sydney Intercultural Film Festival (SIFF).

SIFF will present a large program of films from around the world with an emphasis on culture in a multicultural context. What is remarkable about SIFF is the promise of hundreds of nearly free screenings (A$2 entry) of films from 30 different countries in the outdoor setting of Belmore Park (just near Sydney’s Central Station) and on Sydney Harbour Showboats.

Global cinema for everyone

SIFF represents a move away from the notion of ‘festival exclusivity’. Gone are the efforts to highlight the uniqueness of national glamour via increasingly similar red carpet openings, expensive tickets and homogeneous exhibitions venues.

Seewoo Kim, who has extensive experience in theatre production in Korea, is the festival director. Kate Ryerson who has worked as a first assistant director and casting consultant, is the creative manager.

Ryerson recently explained the SIFF vision to the media in these terms:

We want to give Sydneysiders access to great films that they wouldn’t necessarily see in everyday cinemas. To bring them cultural experiences and insights that might allow them to look at people, communities and the world in perhaps a more interesting, educated or enlightened way.

The grand idea is to combine screenings of “multicultural films” with concerts, performances and children’s rides with international foods and an opportunity to “watch a film with an international star”. The removal of a price barrier should provide a genuine test of audience demand for de-centred multicultural fare.

In recent years, staging an ethnic film festival has meant that, while the core audience has a strong connection with the heritage culture, the majority are now increasingly “mainstream” coming from outside that cultural group to experience a carefully-curated cinematic performance of nation.

The line-up of free films running from November 13-17 at Belmore Park is impressive.

The highlights include the special and rare screenings of seven North Korean feature films from The Destiny of Keum-hee and Eun-hee (1974) to The Kites Flying in the Sky (2008).

The restrospective of the work of American animator Bill Plympton is auspicious and the Indian documentary collection of nine films along with the six recent films from Poland promises to show audiences something that they may not have seen before.

It may be the growing pains of organising a large festival, but the lack of promotion for specific program sidebars will invariably prevent an audience emerging. In a city the size of Sydney, clever publicity and canny distribution are essential.

The Australian content deserves attention for the selection of recent and unheralded productions: Shiyan Zheng’s Brush (2010), Chris Herd’s Million Dollar Mate (2013) and Probir Dutt’s The Three Ages of Sasha (2012), along with a range of previously unseen shorts.

The closing-night film on November 24 is the world premiere of the Australian filmForbidden Ground, directed by Johan Earl and Adrian Powers. This an enigmatic first-world-war action-buddy film about three British soldiers covered in mud and slogging it out in the trenches. It’s not clear what the multicultural theme of this film may be – other than a focus on British rather than Australian characters in a German setting.

Running from November 16-21 the Official Competition program is a selection of 30 feature films, documentaries and shorts that are in competition (although the terms and prizes are not yet specified). They are to be ticketed and exhibited across a pleasing geographic array of Sydney cinemas.

The program offers an intriguing selection of recent films from around the world, but it’s hard to tell what is actually screening as there is little correspondence between the SIFF website and the program distributed as part of the media release. An additional organisational drawback is that SIFF is running at the same time as 17th Japanese Film Festival.

Furthermore, there are no ticketing details, very little publicity and there is no mention of the program on either the event or Hoyts cinemas websites.

How many festivals do we need?

Aside from organisational issues, the real question is, do we need another multicultural film festival?

SIFF is not the only explicitly multicultural film festival in Sydney. While multiculturalism is not the primary remit of the Sydney Film Festival, the program, with films from more than 50 countries from around the world, is all about diversity. Non-English speaking, sub-titled and non-Australian content makes up the majority of the films screened there.

There is also the openly multicultural film festival Colourfest that was conceived as a response to the lack of cultural diversity on Australian screens and has been running since 2010. Colourfest has a focus on sharing stories of diaspora in documentary and short film form in a modest weekend program that has expanded to screenings across all Eastern states.

More and more people are attending ethnic film festivals in Australia – and there are increasing numbers of festivals themselves. Many such film festivals are the largest film festivals of their specific cultural group outside the parent country (French, German, Korean, Italian, Russian, Greek among others).

In this context, a multicultural film festival needs a really strong thematic focus beyond the happy catchcry of “cultural diversity”.

For SIFF, the notion of interculturalism is seen unproblematically as a celebration – not an imperative to address negative stereotypes or promote diversity and innovative audience engagement. How do audiences make sense of the diversity of diversity?

Festivals need a carefully structured story that unifies the disparate threads of intense film experiences. This is far more difficult with a multicultural program that does not have the proprietorial connections inspired by national, religious, sexual or special interest allegiances that ensure a committed audience.

For many cinephiles, the memories of the acrimonious collapse earlier this year of the hugely ambitious Cockatoo Island Film Festival and the associated demise of the rather lovely Dungog Film Festival are hard to shake.

The ambitious SIFF program needs to get the organisational basics right to build an audience for the future so that it can continue to define the stories of multiculturalism – or otherwise risk collapse into a churning soup of irrelevance.

Dr Greg Dolgopolov is a Lecturer in the School of the Arts and Media, UNSW.