Opinion Syria needs a vigilante to save its people

The world should bypass the UN because it is politically paralysed, argues Ned Dobos. 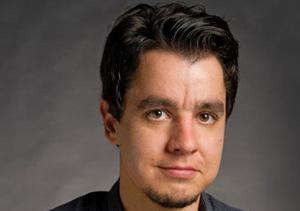 OPINION: The world should bypass the UN because it is politically paralysed.

On April 12 Kofi Annan negotiated a ceasefire between the warring factions in Syria, though you wouldn't know it. The body count continues to climb, and the fighting has now grown so intense that the UN has suspended its monitoring activities in the country.

So what now? Ideally, the UN authorises tougher action, maybe even military intervention. Unfortunately the structure of the Security Council still reflects the distribution of power that existed at the time of its creation. The five permanent members each wield a veto. One of those members - Russia - looks almost certain to use it against any resolution authorising the use of force.

Should any state or coalition decide to bypass the Security Council, that would be unlawful, at least according to the orthodox interpretation of the UN charter. But would it therefore be unethical? If Security Council authorisation is a legal necessity, is it also a moral imperative?

Admittedly there is considerable overlap between law and morality, but the two are not co-extensive. Something that is illegal is not necessarily immoral - ask any advocate of gay marriage or recreational drug use. And things that are immoral are not always illegal - the historical record of state-sanctioned murder, slavery and discrimination is a testament to that. Still, there is in general a good moral reason to insist on a UN mandate.

''Just war'' theory has its origins in the work of Catholic theologians, but today the concepts and precepts of the theory guide secular thinking about the moral legitimacy of using military force. Recourse to war is justified when there is a sufficiently weighty reason for it, when there is a good prospect of success, when all peaceful alternatives have been exhausted, and when the expected human and material costs are not excessive compared to the anticipated benefits. These are, respectively, the conditions of ''just cause'', ''likely success'', ''last resort'', and ''proportionality''.

A UN mandate can help to ensure that these conditions are satisfied. The motives of states that engage in humanitarian intervention unilaterally are often viewed with suspicion, which invariably aggravates and protracts the resistance from within the target society. This impedes the success or at least augments the costs of intervention. The motives of the international community, by contrast, seldom arouse the same distrust.

All this tells us, however, is that UN approval can on occasion be indirectly necessary; morally required not for its own sake, but only to help a military operation satisfy other standard justifying conditions. The more interesting question is whether we should think of UN approval as being morally necessary in its own right.

It is sometimes said that unilateral intervention is vigilante justice writ large. So we can begin by asking: what's wrong with vigilantism?

When individuals come together in a society, they each consent to obey the laws, pay their taxes, and to invest the power of law enforcement in the sovereign state exclusively. This is all part of the social contract. The vigilante imposes on his "victim" a coercive authority that the victim has not consented to; he usurps the legitimate power of the state; and he breaks his commitment to the people around him - he violates the social contract.

But it would be a mistake to think that these observations show unilateral intervention to be unethical, always and without exception. A simple thought experiment once presented by Scottish philosopher W.D. Ross is illustrative.

You make a promise to meet a friend. On your way you come across the scene of an accident that has left a person injured and in need of attention on the side of the road. If you stop to render assistance you will not meet your friend, and therefore you will break your promise. Nevertheless we all agree that stopping is permissible, and obligatory. The explanation, crudely put, is that obligations arising out of one's promises are "prima facie". That is, these obligations can be overridden by competing moral demands. The duty to render assistance trumps the duty to keep one's promises.

Champions of the UN often fail to see or acknowledge that the obligations of a state's international commitments are equally prima facie, and that in some cases a perfectly good justification for their transgression will be available.

Syria is one of those cases. The global body entrusted with the task of preventing human rights abuses is, once again, paralysed by politics. For any state that is able and willing to act unilaterally, the imperative to defend people against murder, torture and rape trumps fidelity to international covenant. A vigilante that defends the innocent when the police can't or won't is not a villain, he is a hero.

Dr Ned Dobos is a lecturer in ethics at UNSW Canberra.