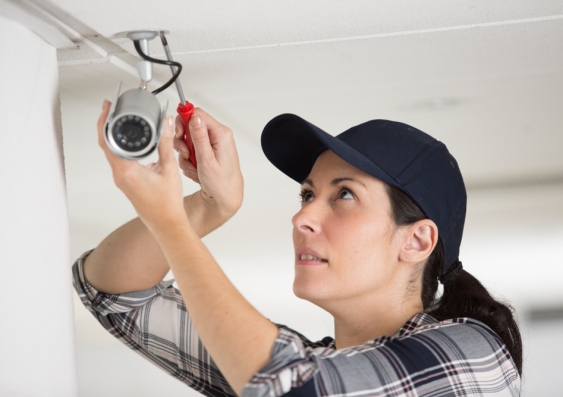 The Evaluation of the technology trial (Keeping Women Safe in Their Homes) report by the Social Policy Research Centre (SPRC) found that the provision of technology may assist with an improved responsiveness by police, and increased accountability of perpetrators.

“Clients in interviews reported that the PDAs and security cameras made them feel safer, gave them peace of mind, made them feel less anxious, changed how they engaged with their children and increased their participation in the community,” SPRC Deputy Director, Associate Professor kylie valentine said.

“However, technology may also be used to perpetrate abuse, for example through stalking and surveillance on computers and smart phones.”

The technology trial was also intended to respond to technology-facilitated abuse, but the evaluation found that there was less use of cyber audits to enhance safety.

Almost 280 participants from Cairns, Ipswich, Rockhampton and Caboolture participated in the technology trials between September 2016 and June 2019. Most of the participants were living with children. Their homes were enhanced with personal security and they were surveyed at various times throughout the trials. This technology was part of support provided by a DFV service, which also included a comprehensive risk assessment, safety planning and casework support.

At the start of the trials, almost two-thirds (65%) of participants felt either very unsafe or unsafe when out in the community. But six months into the survey, 84% of respondents (63 women) who were issued with a PDA reported that it had increased their sense of safety. For the women who had dependent children, 80% (44 mothers) reported that it had increased their child’s safety over the last six months. Most survey respondents were still living in the same accommodation three and six months after the trial began.

“The evaluation underlines the need for resources to be invested in supporting service providers and funding agencies to design and monitor outcomes of new initiatives which make use of technology,” Associate Professor valentine said.

In a separate study, the SPRC looked at barriers for victims of DFV in accessing safe and stable accommodation in the private rental market. It evaluated the data and feedback collected by Q Shelter during their trial of a training toolkit with real estate agents, as well as Tenants Qld during their information sessions and telephone advice line to support DFV support services.

The Evaluation of the Keeping Women Safe – Private Rental Initiative report found that having access to better information gave staff more confidence to advise clients, potentially leading to better outcomes for victims of DFV in the private rental market. Those who had interacted with the resources reported an increase in their knowledge about DFV, as well as their understanding of tenancy law, processes and how to assist clients with Queensland Civil and Administrative Tribunal tenancy matters.

”Many real estate agents were sensitive to DFV as a societal issue and valued having extra resources and the ability to refer tenants to support services,” SPRC Research Associate Dr Hazel Blunden said.

“Also, real estate agents were more aware of alternatives to having to go to the Tribunal to terminate a tenancy – such as getting the landlord’s permission to end the tenancy and releasing the tenant from further obligations quicker.”

“DFV support service workers, after attending the training sessions run by Tenants Qld and having access to the new toolkit resource, reported that they were much more confident in assisting their clients about tenancy matters,” Dr Blunden added.

The Keeping Women Safe in their Home reports were prepared for the Queensland Department of Child Safety, Youth and Women. They were funded by the Commonwealth Government’s Women’s Safety Package.