Opinion Terror in the Middle East: ISIS, its new leader, and lone-wolf attacks 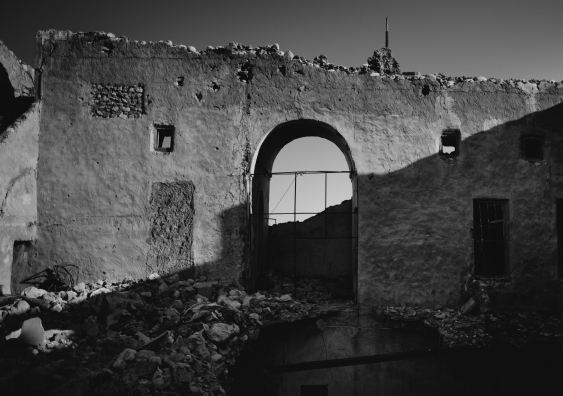 Sinjar, Iraq: A ruined home in Sinjar, destroyed during the war with the Islamic State.

It is of no surprise that ISIS was quick to assign a new leader  – Amir Mohammed Abdul Rahman Al-Mawli Al-Salbi - just hours after the death of Al-Baghdadi in 2019.

It is still unclear if Al-Salbi has plans to re-gather the group’s strength to launch military attacks again in Syria and/or Iraq or whether lone wolf attacks will continue to take place.

But what is important to consider is that unless there is an effort to tackle this holistically, we might witness a new wave of terrorism (Rapoport’s “Four waves of Terrorism” 2004) embodied in ISIS’s new leader’s era of leadership.

The death of Al-Baghdadi on October 27th 2019 in a military raid has prompted a lot of speculation surrounding the future of ISIS. The raid in north-west Syria that took his life happened in parallel with the military defeat of ISIS in Syria and parts of Iraq.

The then-Iraqi prime minister Haider Al-Abadi had previously declared victory over ISIS on December 9, 2017, with some commentators labelling this as an “initial” end to ISIS control in Iraq.

No doubt the military defeat and the humiliating death of Al-Baghdadi, which president Trump claimed as a “big win” tweeting “He died like a dog”, has seen the limiting of ISIS’s expansion and physical strength. But the question about the future of this radical group lurks.

Several reports hypothesised the end of ISIS with the loss of its physical territory. This holds key importance because ISIS was created and marketed as a radical movement that was able to gain physical territory in order to fulfil its objective of creating an Islamic state.

As a result, the discussion surrounding the defeat of ISIS, and its loss of physical existence, has merit. However, the literature on radical extremist groups presented ISIS as a new model that introduced new rules to the “game” – the game being terrorist attacks. For instance, with the spread of ISIS, the lone-wolf phenomenon became widespread. We saw several lone-wolf attacks in London, Sydney, and the U.S. This increased the threat of a terrorist attack dramatically. These attacks are also extremely hard to predict or stop because of their “decentralised” nature.

Additionally, the increasing number of radicalised members travelling from Western countries to Syria in order to join ISIS presents another element of a “new terrorism” trend towards online radicalisation, otherwise known as “online Jihadi propaganda” (Gill 2015).

Reports have indicated that in a considerable number of cases of lone-wolf attacks, the individuals were radicalised and recruited online. To this end, defeating ISIS then doesn’t necessarily only include the killing of a leader but a much bigger and more holistic approach that tackles the heart of ISIS indoctrination which is ideological rather than military.

Researchers and experts on lone-wolf attacks have also stressed that about 83% of the offenders knew the motives behind their attacks, and 79% were known to have allegiance to ISIS and other ideologically driven terror organisations (The Guardian 2015).

In other words, the focus should shift more toward addressing the identity ISIS is offering these youths and the reasons they find refuge in this. We need to ask what kind of grievances ISIS is tapping into that echo these youths’ grievances?