Opinion Time to intervene in Syria?

With the conflict in Syria continuing with no end in sight, is it time for true foreign intervention to solve the crisis, asks Anthony Billingsley. 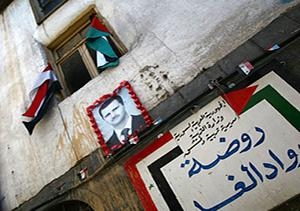 OPINION: The situation in Syria continues to deteriorate and could lead to a reconfiguration of the political order in the wider region.

The military capacity of the government appears to be in decline and there are growing divisions among rebel ranks where the power of hard-line Islamist groups is apparent. This situation is partly the result of manoeuvring of various countries in Syria’s neighbourhood and beyond.

Despite declarations of support for a political solution to the civil war, interested states are pursuing their rivalries and strategic objectives in Syria – at the expense of the people of Syria and their neighbours, especially Lebanon and Iraq. As Bishop Desmond Tutu recently observed:

For two years, our so-called international community has allowed complex power plays to take priority over the terrible suffering of Syrians.

If Syria is to be rescued from catastrophe, Bishop Tutu’s words must be heeded.

The major external contributors to the conflict include Russia, Iran and the Lebanon-based Hezbollah are on the government’s side. Backing the rebel cause are Saudi Arabia, Qatar, Turkey, the United States, Britain and France, along with hundreds of foreign jihadis.

Each figure is content to pursue their own ends.

Saudi Arabia has been at the forefront of moves to overthrow the Assad-led Alawite regime. In part, this is a result of its long-standing hatred of the regime.

However, the Saudis are also using the conflict to promote their presumption of regional leadership and to pursue their rivalry with Iran. They were behind moves to replace the government with the rebels as the representative of Syria in the Arab League and the decision in March that League members could provide arms to opposition forces – a decision that is probably in violation of customary international law and the United Nations Charter.

The Saudi government has been arming Salafist groups in Syria (extremist Sunni Muslims who promote the application of an antiquated and strict form of sharia law), some of which are inspired by the al-Qaeda model. It is also allowing hundreds of fanatical Saudis to join other foreign jihadis in the fighting.

Qatar has been using the Syrian conflict to promote its standing in the Arab world. It sees itself as a rival of Saudi Arabia and a champion of the Muslim Brotherhood throughout the region.

Its role in the Libyan conflict is illustrative of what to expect in Syria. In Libya, Qatar provided diplomatic, financial and materiel support mainly to Islamist groups opposing the Gaddafi regime. In Syria, Qatari support has been directed at forces operating under the banner of the Muslim Brotherhood, which acquired a reputation for extreme violence in the late 1970s to early 1980s. It is not clear that the group is now committed to pursue its goals by more peaceful means.

Turkey and the United States are complicit in the growing power of Islamist groups. Despite their denials, both countries are involved with the provision of material support to the rebels, including – indirectly perhaps – extremists.

The Obama administration is obsessed with weakening Iran and Hezbollah, and sees the removal of the Alawite regime as an important part of this process. In pursuing this policy, however, the US is effectively aligning itself with a greater enemy in the Middle East – Sunni fanaticism.

Failure to intervene: the consequences

The consequences of foreign interference are likely to be dire. The Syrian opposition movement has been led by Moaz al-Khatib, a respected Damascene who represents a voice of moderation in the civil war. Al-Khatib even offered to negotiate with the Alawite regime if it would produce a negotiated settlement.

A month ago, however, he announced his resignation from the leadership of the Syrian National Coalition, the umbrella organisation of various opposition movements. Al-Khatib complained about the interference of certain neighbours and the failure of the West to support a negotiated solution.

Al-Khatib confirmed his resignation on Sunday after a meeting with US Secretary of State John Kerry. Al-Khatib and his group have been demanding some sort of no-fly zone in the north and south of the country that would protect the area from attacks by government aircraft and missiles.

The Syrian opposition is being increasingly dominated by Islamist groups by virtue of their greater unity and experience. The election by the Syrian National Coalition of Ghassan Hitto as Prime Minister of an interim government has been taken as further evidence of the power of these groups in opposition ranks. This will have dramatic ramifications for Syria.

The silencing of moderate voices in the opposition will lead to a situation where democracy, diversity, the rule of law and human rights have no place. We risk seeing Syria fragment into Afghanistan-like sub-states or a government that is little better than the Alawite regime it replaces. The choice may be between the miserable Wahhabism of Saudi Arabia, the authoritarian intolerance of the Muslim Brotherhood or a radical jihadi regime. Any such outcome would further destabilise a region that is going through one of its most dangerous phases in years.

Those pursuing the total removal of the Alawite regime ignore the fact that a significant proportion of the population still supports the regime. This includes moderate Sunnis as well as Christians and Alawites. They also ignore how stability in neighbouring states – Iraq, Lebanon, Jordan and Saudi Arabia – will be undermined by the establishment of a radical Sunni regime in Damascus or the fragmentation of the state – to say nothing about the deterioration of Israel’s strategic situation.

The government’s major supporter, Russia, is aware of this danger. It is mindful of the lessons of the Chechnya crisis when Moscow was confronted by numerous disorganised opposition groups, which over time became dominated by extremist Sunni Islamists. Moscow sees in the Syrian civil war the same sorts of dangers and is determined to prevent Syria’s collapse into further anarchy.

It is to the advantage of everyone interested in a stable and peaceful Middle East that a solution be found that allows for maximum diversity in a unified Syrian political system. A serious attempt to end the suffering and limit the influence of extremists in Syria would involve negotiations involving all interested parties, including Iran. It may also have to include elements of the Alawite regime.

Current policies being pursued by the various intervening states do not encourage such an outcome.

Dr Anthony Billingsley is a Senior Lecturer in UNSW's School of Social Sciences.