Uganda's anti-homosexuality laws are not only incredibly regressive, they could have far-reaching health implications of grave concern to Australia and the world, writes Jed Horner. 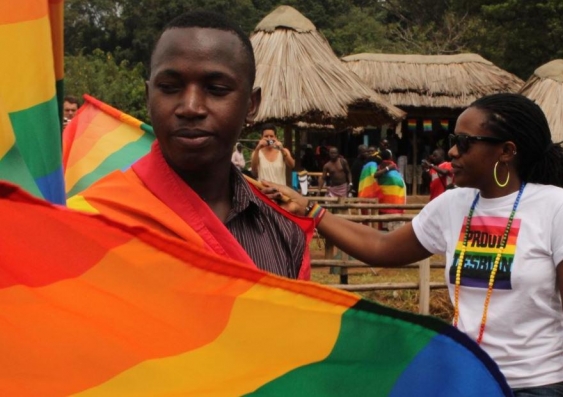 OPINION: The world's attention has understandably been focused on Uganda's recently enacted, incredibly regressive and highly moralistic, Anti-Homosexuality Act and its punitive effects. This includes the prospect of the arrest and imprisonment of people simply because of who they are.

However, such laws will have more far-reaching effects, particularly when it comes to combating HIV transmission - something that should be of grave concern to Australia and the global community.

Although great strides have been made in combating the HIV epidemic among general populations worldwide, sub-population groups, including gay and bisexual men, continue to experience higher rates of HIV. This is both in high-income and, critically, in lower income countries.

By criminalising homosexuality, laws such as those enacted in Uganda make it harder for public health messages to target gay and bisexual men. They place the lives of community-based health workers in danger due to the real fear of arrest for simple, and often lifesaving, harm reduction practices, and they discourage disclosure of sexual orientation and sexual practices to a health professional, making it harder to engage with these population groups. The laws also foster a broader social climate of fear and distrust, leading to stigmatisation, discrimination and, not infrequently, violence.

Research by Dr Andrew Tucker, and colleagues from the ANOVA Health Institute, in a South African township has demonstrated how depression, linked to homophobia and resulting stigma, drives sexual practices conducive to the transmission of HIV. These findings underline the importance of tackling harsh and punitive social environments, in some contexts buttressed by the law, as an essential part of the response to HIV.

The fact that such stigma, and the burden of ill-health associated with it, still exists in South Africa, a country with some of the best constitutional protections for sexual minorities, makes the need to roll-back the Ugandan laws, and similar laws in many other countries, even more pressing.

In the international sphere Australia can, and should, draw on its own proud history in rising to the challenge of HIV at home. This response was borne out of a bipartisan commitment that recognised the importance of addressing everyday practicalities over moral politics and, slowly but surely, rolling back laws that act as an impediment to HIV prevention. In many respects, this started with the decriminalisation of homosexuality across a number of states and territories, recognising that it's a necessary first step to HIV prevention in many contexts.

A good place for Australia to start bringing the requisite pressure to bear internationally would be through the World Health Organization, where we currently chair the executive board. Some member states represented have been less than enthusiastic about the health of lesbian, gay, bisexual, trans and intersex people, including when it comes mental health and HIV. This needn't take the form of a direct confrontation, but it should start with dialogue; and a forced dialogue if necessary, laying bare the mistruths, and rampant moralism, that often guides decision-making in the health policy arena, and which costs lives.

We must be clear in our words and in our deeds, that homophobia, bi-phobia, transphobia and other forms of entrenched prejudice, marginalises, injures and kills. When viewed in this light, the law enacted in Uganda and in operation in about 80 countries, and contemplated elsewhere, are acts of violence that compromise the health of gay and bisexual men in particular.

There is a strong public health reason, aside from the obvious political ones, to intervene and add our voices to the struggle for life, dignity and better health for lesbian, gay, bisexual, trans and intersex people, particularly when it comes to HIV.

This is a pressing task in countries where people are systematically marginalised, their voices are silenced and where human dignity is routinely violated.

The right to health, including the right to seek medical care irrespective of your sexual orientation or gender identity, and to access preventative health measures such as condoms, belongs to each human being.

It should be rendered a reality, not a dream deferred. This is a shared global responsibility, but Australia has a decisive role to play.

Jed Horner is a project director for the Australian Human Rights Centre at UNSW's Faculty of Law.