UNSW's Professor Grace Karskens has won a major fellowship that will enable her to use State Library of NSW archives to research Aboriginal names and stories about the Hawkesbury River. 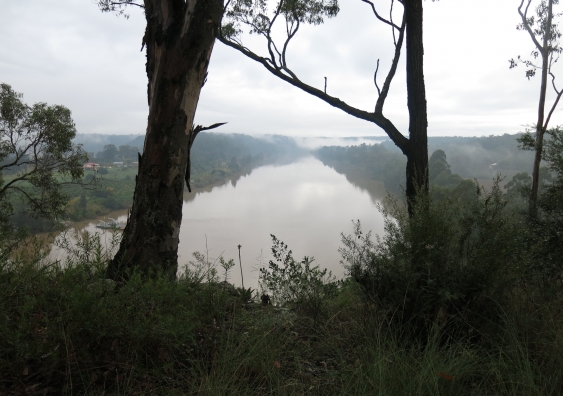 Karskens, a respected authority on early colonial Sydney and Australia, has won the prestigious $75,000 Coral Thomas Fellowship at the State Library of NSW for a project inspired by a long-lost list of Aboriginal names for Sydney’s Hawkesbury River.

Karskens is already working on a major ethnographic study of the Hawkesbury-Nepean, and her chance discovery in the Mitchell Library of the list of more than 180 place names turned her attention to the lower reaches of Dyarubbin, the Hawkesbury River.

In a two-year project that will begin in January, Karskens will work with Aboriginal researchers to re-connect the names to places along the river and connect the places to local ecologies, geographies and cross-cultural histories.

“Names mark our landscape,” says Karskens, author of the ground-breaking The Colony, A History of early Sydney, which revealed how Sydney’s landscape shaped the lives of the original Aboriginal inhabitants and of European settlers. 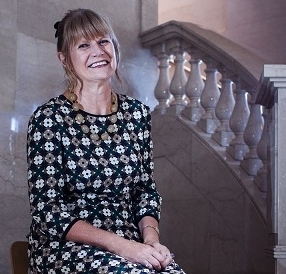 “They are a shared language, and give us a shared understanding of place. But if you are an Aboriginal Australian living in Western Sydney, there is not much in the landscape that tells you your people were there for 50,000 years.

“The reason this list is so amazing is because many of those Aboriginal names had been forgotten. When you know that every feature, every large tree, every lagoon would have had an Aboriginal name, it is awful to realise so much of it disappeared.”

Karskens will use the State Library’s vast collections to research the names, the people who lived at those places and their stories. She hopes the work will lead to an online map of the river and its geography, a booklet and photographs, and an oral history program.

“We need history; we need it pinned to places and we need it to tell the whole story,” explains Karskens, who expects the team will bring to light stories of the oppression of Aboriginal Australians as well as less hostile contact and relationships between the Aboriginal people and settlers of Dyarubbin.

In a play on the title of Kate Grenville’s famous historical novel about 19th century settlers on the Hawkesbury, Karskens has dubbed her project The Real Secret River, Dyarubbin.

“The Secret River is a great title! But when you think about it, the river was not secret to Aboriginal people or to settlers. What became hidden after the settlers arrived was the Aboriginal landscape, all those names, all those places, all those paths local people took along the river bank.

“We won’t recover it all, but this is an attempt to reconnect some of the human stories with the landscape.”