UNSW involved in international study into media reporting of terrorism

Study produces new evidence and insights about how media and social media coverage can increase the public harms of terrorism. 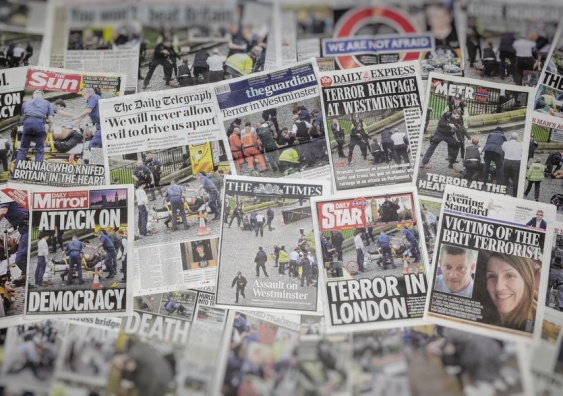 A selection of newspaper headlines the day after a terrorist attack in Westminster, London in 2017. Image by Shutterstock

Governments and police forces around the world need to give greater consideration to the potential harm caused by mass and social media following terror events, according to an international report which involved UNSW.

Dr Alyce McGovern, Associate Professor in Criminology in the Faculty of Arts and Social Sciences at UNSW, contributed to 'From Minutes to Months: A rapid evidence assessment of the impact of media and social media during and after terror events'.

The UNSW researcher was part of an international team of analysts who researched the role of mainstream and social media in the wake of recent terror attacks in Australia, the UK, US, Canada and New Zealand.

“In today’s multi-mediated society, terror-related events have the capacity to be broadcast almost instantaneously not only via traditional media outlets, but also through social media platforms,” Dr McGovern said.

“In this context, it’s important to understand what communications are being performed during and after an event, and by whom. 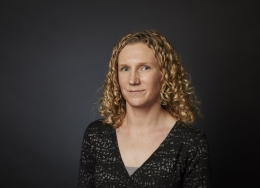 Dr Alyce McGovern, Associate Professor in Criminology in the Faculty of Arts and Social Sciences at UNSW.

“Not only will this provide better understandings of how such communications shape public perceptions around terror-related events, but it can also help guide how governments and relevant criminal justice agencies best employ strategic communications approaches in response to such events.”

The research was led by academics at Cardiff University’s Crime and Security Research Institute (CSRI) and involved an international team of analysts from UNSW, Michigan State University and the Canadian Society of Evidence Based Policing.

The research team found such attacks continue to have an adverse impact long after the initial incident, as a wide range of voices compete through mainstream and social media.

Led by Professor Martin Innes, Director of the CSRI, the team of academics have developed a Minutes to Months (M2M) framework, to help authorities formulate robust strategies for managing the resulting online reactions after a major incident.

The work was commissioned by the Five Country Ministerial (FCM) Countering Extremism Working Group – which includes the governments of the UK, Canada, USA, Australia and New Zealand.

Communications after a terrorist incident often lead to a spike in hate crimes, incite and fuel extremism and prompt damaging disinformation and rumours.

Governments, police and others involved in public safety need to be ready to offer accurate, regular information to minimise negative fallout, researchers say.

The report states: “Terrorist violence is intended as a provocation to elicit intense and vivid reactions; the relative neglect of how to manage post-event situations… is a current weak point in many governmental counter-terrorism frameworks.”

It adds: “The increasing volume of communication enables different groups to develop alternative interpretations and framings of the same event. As a consequence, there are typically multiple narratives and accounts circulating in the post-event environment.

“Terrorist violence is purposively designed to ‘terrorise, polarise and mobilise’ different public audiences, therefore understanding and managing the dynamics of public reaction to these provocations is vital.”

Last year, Professor Innes and his team issued a report which identified the systematic use of fake social media accounts deliberately spreading disinformation, linked to Russia, amplifying the public impacts of the four terrorist attacks that took place in the UK in 2017 - at Westminster Bridge, Manchester Arena, London Bridge and Finsbury Park.

Professor Innes said: “Over the past five years or so, both the mechanics and dynamics of terrorism and how it is reported via media sources, have altered dramatically. There has been a diversification in terms of ideological motivations, and a shift to a full-spectrum of attack methodologies, ranging from bombings to knife and vehicle-based attacks. Over the same period, the logics of media and the information environment have been fundamentally transformed.

“Taking a pragmatic view, that despite the best efforts of police and security services, not all future plots will be prevented, developing an understanding of how any harms can be mitigated is an important undertaking.”

'From Minutes to Months: A rapid evidence assessment of the impact of media and social media during and after terror events' is available to read in full at www.crimeandsecurity.org/publications.