Opinion A war worth fighting

It is the women and girls of Afghanistan who have the most to lose if the West's mission fails, writes Jenny Stewart. 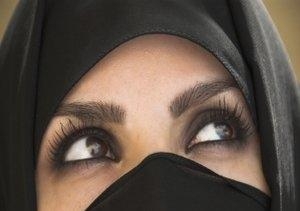 OPINION: It is the women and girls of Afghanistan who have the most to lose if the West's mission fails.

After more than 10 long years, the war in Afghanistan must rank as one of the most frustrating Australians have ever fought. The Prime Minister is determined to see the job through, which means staying the course until our forces are pulled out in 2014. However, in private, I doubt that she, or her advisers, believe that any form of sustainable government will have been established by that time.

The similarities between the two wars have been widely commented upon. In South Vietnam, as in Afghanistan, the Americans were trying to shore up a corrupt and often incompetent government against an enemy with at least some support from the locals. Like the Vietnamese communists all those years ago, the Taliban are fighting on their own soil, against foreign forces that, quite understandably, they see as invaders. Like the Vietcong, the Taliban are skilful fighters, able to take on forces much more technologically advanced than themselves. Also like the Vietcong, they can melt away into the general population when they choose to.

For the allies, it is impossible to tell friend from foe. But in many ways, the Taliban are not like the communists. Their ideology is not that of Marx, Lenin or even Ho Chi Minh, but derives from the strictest forms of Islam. These are not secular rationalists fighting for a better earthly world. They are warriors, not of revolution or even of nationalism, but of religion.

As in Vietnam, despite intermittent talk of negotiation, one suspects that Afghanistan will end suddenly, with the capitulation or disintegration of the Karzai government. But unlike the Vietnamese communists, who were well-equipped to create a functioning national government, it seems unlikely that the Taliban will be able to create a system of rule that will prove stable. In the aftermath of an allied withdrawal, there may be even more of an exodus from Afghanistan than from South Vietnam.

What of the longer term?

While they lost in Vietnam, the Americans ended up winning the Cold War against their arch-rival, the Soviet Union. Will they, similarly, win the war on terror? It is difficult to be confident about this, because the removal of the Soviet Union made the Americans more powerful, but also much more vulnerable than in the past. It seems a good example of being careful what you wish for.

With the Soviet Union gone, George W. Bush and those around him were able to take the mighty US military machine in new directions. After initial forays into Afghanistan following 9/11 they then, inexplicably, turned their attention to Iraq. Thousands of Australians, as they showed at the time, did not believe the lie that Saddam Hussein possessed weapons of mass destruction. Having virtually destroyed Iraq while trying to help it, the Americans realised that they were losing in Afghanistan.

Since that time, they have put immense resources of blood and treasure into that country. But when, inevitably, the end comes, they, and the international community that has fought with them, will probably simply abandon the place. It will be a pity if that happens. For there is an important difference between Vietnam and Afghanistan that has not been sufficiently noted. The communist regime, while hardly democratic, does not oppress women and girls. If reinstituted, Taliban rule will undoubtedly reinforce the most traditional aspects of a deeply traditional society.

It is hard to comprehend the degree of misogyny in the Taliban's interpretation of Sharia law. Girls are denied the right to an education. Women are not permitted to show their faces in public; their mobility and hence their ability to work are severely restricted.

For the most part, women are confined to their homes, good only for domestic chores and the bearing of children which, denied access to healthcare, they do to the point of exhaustion and physical breakdown.

It is difficult for Western feminists to discuss these issues. Many would argue that they are none of our business. But at this particular juncture and with so much at stake, it seems most unfortunate that feminist discourse, certainly at the celebrity level, has fallen into a kind of personalised morass. Why, in her latest book, is Naomi Wolf so preoccupied with her vagina? Why has Germaine Greer's forensic wit taken such a curmudgeonly turn?

Feminism has a way to go in every society, but there is even more work to be done in the developing world. Who among us is brave enough to bring these problems out into the open? It is sad to see the forces of reaction so rampant.

Ten years ago, women students from Islamic countries rarely wore the veil. Now they do so as a matter of course. Muslim and former Muslim women who have dared openly to question customs which are known to be culturally rather than religiously based, have been persecuted.

The fact that the war in Afghanistan is not winnable does not mean that it is pointless. Western feminists should acknowledge, more freely than we do, that it is modernity, not multiculturalism that liberates women. And if I had a son that was fighting there, it would give me some comfort to think that he was risking his life, not for the war on terror or even for the US alliance, but for the rights of the women and girls of Afghanistan.

Jenny Stewart is professor of public policy in the University of NSW at the Australian Defence Force Academy.