Opinion What are the environmental humanities?

What does the emerging scholarly field of environmental humanities have in common with the Hollywood film Grease? More than you might think, writes Jennifer Hamilton. 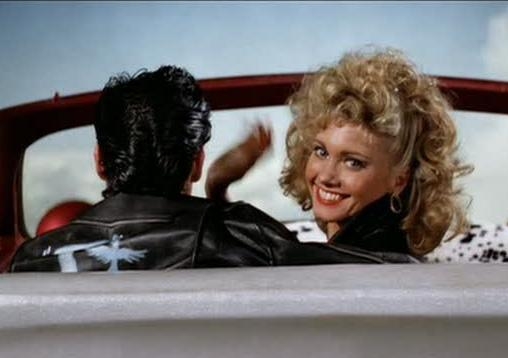 OPINION: Have you watched the movie Grease recently? From one perspective, it is a schlocky film about coming of age in the 1950s. From another, it’s a striking representation of post-war America’s romance with petroleum.

Eco-critics around the world are exploring the various ways in which the more-than-human world is a central part of our cultural imagination – as in this micro-analysis of Grease. It’s a good example of what happens in the literary and cultural studies wing of the environmental humanities, otherwise known as “eco-criticism”.

A shift away from the conventional focus on the complexities of the human subject is a vital critical strategy for scholars working in this area; and researchers are constructing innovative ways to understand the environment as an active ingredient in society.

Similarly, scholars Grace Moore and Thomas Bristow show how art and literature can help us make sense of a changing planet.

Bringing nature and culture back together

The environmental humanities are invested in much more than an analysis of the role of earth systems in popular films such as Grease. Indeed, the field is broad and necessarily interdisciplinary.

The group I’m affiliated with at the University of New South Wales involves anthropologists, philosophers, historians, economists, sociologists and authors, as well as literature and film scholars, artists and activists, in a broad-reaching collective reconsideration of some of the central tenets of humanist thought.

Scholars in the field generally work from the assumption that the conventional distinction between nature and culture is a fiction. Indeed, the science of climate change reveals the inextricable links between human activities and everything else trapped on the planet with us.

In this regard, the task of environmental humanities scholars is to understand the implications of this knowledge.

In a variety of ways and from different perspectives, they ask: what does the collapse of the nature/culture distinction mean? For many, it entails nothing less than a complete rethinking of what it means to be human.

Although we are learning more each day about how we live in a complex ecological relationship with bacteria, sunlight, plants and animals, for the most part we still live as if we are independent of those things.

Getting to know the environment

The environmental humanities also has to grapple with the ongoing political efficacy of conventional ideas of human exceptionalism and the innovative ways in which such fantasies undergird planning, policy and legislative developments – all of which continue apace.

Indeed, ANU lecturer Will Grant recently argued there is no clear path for connecting scientific knowledge and real political action: he claims that we don’t “act on facts”, despite the urgent need to do so.

Social, political and ideological forces complicate the push both for and against action on climate change.

Environmental humanities scholars have a vital role to play in the research and development of knowledge about this most unwieldy and unpredictable situation.

So as well as proposing new ways of being in the world, they have to ask:

The future of our dreams

In the final few minutes of Grease, the crowd parts, revealing Sandy and Danny in the revamped fantasy car. The happy couple drive off into the sunset: the car literally lifts off the ground and heads towards the sky.

The film fades to black on an image of a sunset above dark storm clouds, as if the fantasy of the petroleum-fuelled baby boom towards which the lovers were headed will somehow transcend all of nature’s tumult below.

But one blogger, Todd S. Hale, had other ideas, and rendered the storm as Sandy from Grease. As the storm creeps north over the Atlantic, its increasing intensity is charted as Sandy’s transformation from nice to naughty.

The blogger harnessed the enduring trope of nature as female and the fraught association between weather patterns and women’s moral character. He hoped his post would bring readers a laugh in a tough time and would encourage people to donate to the Red Cross.

But there is, I think, a more salient reading of the Superstorm’s relation to Grease. Namely, that the film is not a high-school romance at all, but rather a fable about peak oil.

In this context, Superstorm Sandy is actually the real conclusion of the film’s petrochemical fantasy. When the film fades to black, “Greased Lightning” does not defy gravity and replace the storm as the most powerful phenomenon in the stratosphere.

Instead, the car and the couple plummet down from the heavens, through the clouds beneath, and return to Earth, just as Thelma and Louise probably crashed into the hard rocky pits of the Grand Canyon.

The hope of a well-oiled future that drives the narrative is stolen from deep below the earth. Sandy – the storm – shows us that the earth can no longer sustain that fantasy.

Jennifer Hamilton is a Visiting Fellow in the Environmental Humanities research group, UNSW.