The Abbott government is likely to affirm the Indo-Pacific nature of Australia's strategic and trade outlook, writes Rory Medcalf. 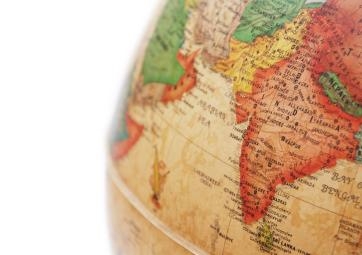 OPINION: As momentum gathers for India's elections next year, democracy has delivered a verdict of change in Australia. The good news for India is that Saturday's election of a conservative government under Tony Abbott marks the best kind of continuity when it comes to strengthening ties between the Indian Ocean democracies. This matters, given that Australia is becoming increasingly important as a trade and investment partner as well as a strategic friend for India in the shared maritime region of Indo-Pacific Asia.

India is Australia's fourth-largest export destination. Secure energy supply, from coal to natural gas to uranium, looks set to bind the nations more tightly, alongside defence cooperation, education, joint scientific research and migration. To give due credit, much of this improvement in Australia-India relations has been under a Labor government in Canberra. During the six years of Labor rule, successive prime ministers Kevin Rudd and Julia Gillard took several important steps to bring the relationship to a level of strategic trust.

In 2009, Rudd and Prime Minister Manmohan Singh signed a security declaration, paving the way for defence dialogue, military exercises and intelligence cooperation. Most significantly, in December 2011, Gillard took the courageous step of driving a policy change in her own party on uranium exports to India, consigning to history books Labor's outdated ban on nuclear commerce with New Delhi. Negotiations on safeguards are under way.

Indians, including the business community and the policy establishment, should feel comfortable knowing that Canberra's new government will continue to improve on bilateral ties. That was not the case in Rudd's early phase, in which the nation's uranium ban was slammed back into place just months after its removal by conservative PM John Howard in 2007. Rudd also presided over Australia's awkward withdrawal from the quadrilateral dialogue with India, Japan and the US, seen as a concession to Chinese sensitivities. History, and WikiLeaked US cables, will confirm Rudd was in reality suspicious of China, and one of his bolder initiatives was to try to increase Australia's defensive military weight through an ambitious naval plan. But he got off to a rocky start with India, and it took Gillard to belatedly bring bilateral relations to the level they would have been had Howard stayed in power.

Another reason the conservative Abbott government is likely to prove conducive to good bilateral relations is the steady hand it will likely bring. Some positive ambitions to deepen Australian engagement with Asia were undermined by internecine strife within the Labor Party.

For a start, Abbott would do well to affirm the Indo-Pacific nature of Australia's outlook and India's important place in that worldview. Oddly, in one recent media interview, he neglected to mention India in his list of Australia's chief Asian partner countries. Yet, in other interviews, he has emphasised India's relevance to his country, and said he would be very surprised if he did not visit India early in his tenure.

Australia's new foreign minister, Julie Bishop, will be another champion of closer ties with India. Bishop is from Western Australia, has a distinct Indian Ocean perspective, and will place emphasis on trade, investment and education — including through her novel initiative of a reverse Colombo Plan, sending young Australians abroad to improve their working-level understanding of Asia.

Defence and security will be another set of priorities. With the Indian navy getting ready to make a showing at an international fleet review in Sydney in October — the 100th birthday of the Royal Australian Navy — and with Australia preparing to host the Indian Ocean Naval Symposium in Perth in 2014, both countries have an interest in adding substance to style on security cooperation.

Progress towards sharing information on maritime surveillance would be welcome. The new Australian government is understood to be keen to accelerate a three-way security dialogue with India and Indonesia. After all, these countries have a shared maritime neighbourhood and a common interest in a multi-polar regional order in which China is incorporated but is not destabilisingly dominant.

An Abbott-led government will be well disposed towards a pragmatic partnership with India. It lacks the ideological baggage that delayed and initially distorted Labor's relations with Delhi, and will have strong collegiate relations with conservative state governments in Sydney, Melbourne, Perth and Brisbane, where much of the real business of Australia-India relations is now done.

But as a self-respecting middle power, Australia will also be looking for reciprocity. There will be an understandable expectation of an Indian prime ministerial visit before long — after all, the last time this happened was when Rajiv Gandhi travelled there in 1986. The G-20 summit in Brisbane in November 2014 will be the ideal opportunity.

Rory Medcalf is Associate Director of the Australia India Institute and Senior Research Fellow in Indian Strategic Affairs at UNSW.

This opinion piece was first published in The Indian Express.