Opinion Where to now for Australia's universities?

For too long, the debate about Australian higher-education has been fixated on who pays for what, when and how. We need to pay as much attention to intellectual outcomes as we do to financial ones, writes Jenny Stewart. 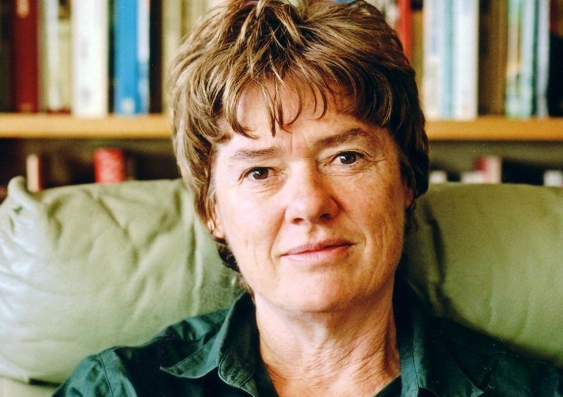 OPINION: Through budget cuts and deregulation, the Coalition government may well be about to make life more difficult for Australia’s universities (no mean achievement). But we should also acknowledge that the system it inherited is the product of decades of bipartisan financial fiddling, poor management (by both universities and the educational bureaucracy) and political opportunism.

On the plus side, there has been a commendable concern to improve access for disadvantaged groups. But too little attention has been paid to the quality of what is on offer; it is difficult to know whether Australian degrees are actually meeting the needs of our students (let alone the people who will hopefully employ them) or of the broader society. An (intermittent) concern with budget deficits, coupled with a view that it is every Australian’s right to attend a university, has created a higher-education sector that is having difficulty sustaining itself. As is so often the case in public policy, addressing one problem has spawned a host of others.

Before the Whitlam government of 1972-75, universities charged fees up-front and relatively few people even contemplated doing a degree. There were scholarships for full-time students which covered fees, and some (such as teachers’ college scholarships) that paid a living allowance as well, but these were awarded on the basis of performance in exams at the end of high school. If you had not secured the necessary marks for a scholarship and did not have wealthy parents or a generous employer, you had to pay your own way. Many students in this position went to university part-time, scraping the fees together from one term to the next.

Whitlam changed all that. The federal government took over responsibility for universities from the states. Fees were abolished and students, as you would expect, flooded in. Over time, the dividing line between colleges of advanced education, which offered paraprofessional and teacher-education courses, and the universities, which monopolised the more prestigious professions and which also undertook research, eroded to the point where it became difficult to sustain.

At the end of the 1980s, John Dawkins set off another big bang, when the unified national system, which ended the era of the colleges, was introduced. A free university system of this size could obviously never survive, so there had to be some re-introduction of user-pays. The Higher Education Contribution Scheme (HECS) was an ingenious contribution to the solution, but in an environment of continuing budget parsimony, the funds universities actually received were determined by centralised formulas, rather than by costs of provision or by student demand.

Perennially underfunded, universities became obsessed with how they could make money from their students. In particular, they exploited their international and Australian undergraduate students and those who taught them. The basis on which they received their funding encouraged them to enrol as many domestic undergraduates as they possibly could. For less-popular courses, the result was that entry scores plummeted. Meanwhile, a mushrooming array of postgraduate courses brought in additional cash.

The universities competed with each other, but it was research funding and research rankings that mesmerised them. They failed to realise that the quality of an education system is not determined by how many research papers its academics produce. Nor, from a social perspective, is quality measured by the achievements of the best graduates. It is, rather, measured by the competence of the worst students to be awarded degrees. There is not a university in this country that could say, hand on heart, that all those awarded its degrees truly deserve them or, to put the case the other way around, that the pass-standard for every degree represents the best that universities might expect of themselves.

Now, under Tony Abbott, this massified, underfunded system is to have its public budget reduced by 20 per cent, while fees for undergraduates are simultaneously deregulated. There will not be upfront fees, which maintains the tenuous equity that HECS affords. But the deregulated system encourages universities to set their fees based on what they think the market will bear, predicated on what their students might expect to earn from their degrees in the future, rather than the costs of provision. From a public finance perspective, it seems likely that even more of the higher HECS debts that will result, will remain uncollected.

There will be certainly be some competition (the main rationale for the change) but not nearly enough to force the universities to adopt modern people-management methods and practices, and to give undergraduates better value for their money. Indeed, I suspect that post-deregulation, undergraduates will be exploited even more than they are now. Competition between institutions will hit the less prestigious the hardest. For academics, the disparities between life in a struggling two-year US-style college and life in a prestigious institution that can charge what it likes, will be enormous (although one suspects that even in the prestigious institutions, money generated in this way will be channelled into centres for this, that and the other, the attraction of "stars" from overseas, and questionable research projects.)

Professional courses are vital. But the intellectual rationale of the university lies not in these courses, which are, after all, forms of trade-training. It is the arts, sciences and social sciences that should be the heart of the university. How will they fare in a deregulated world? I suspect not well. Universities may charge less for these degrees than they do now, but the trade-off will be bigger classes and (probably) less able students.

So, what to do? Universities and government need to strike a deal. In return for maintaining their budgets, the sector should have a long – and serious – discussion about quality: student quality, staff quality and institutional quality. Entrance scores for less-popular degrees should not be relaxed further – indeed, they should be raised. If rationalisation in the interests of quality implies a degree of specialisation, all to the good. Just as with a school, each university will need to come up with a vision of its own excellence, and this will have to include paying serious attention to quality.

The debate about who pays what, for whom, has become seriously distorted. Middle-class parents should stop feeling guilty that Australia has a university sector that is in part funded by taxes (that is, students do not pay the full cost of their education themselves). The taxes that fund the university system come, overwhelmingly, from middle-class parents. If those same parents want to use some of these funds to support each other’s children now, rather than obliging them to incur more debt in the future, they are surely entitled collectively to make that choice.

The question Abbott and Joe Hockey have raised is whether middle-class parents want to trade off this degree of collective subsidy in exchange for the possibility of tax cuts down the track. Of course, it is the wealthiest among them who will benefit the most from any tax cuts. The bulk of middle-income Australians will simply see their children further burdened by debt. Budget deficits need to be dealt with. But surrounded as they appear to be by small-government ideologues, I am not sure that Abbott and Hockey have quite understood the impact of their plans on their own political base.

Overall, the universities need a period of stability, rather than more change. For too long, the debate about Australian higher-education has been fixated on who pays for what, when and how. Stereotyped policy debates produce stereotyped policies. We need to pay as much attention to intellectual outcomes as we do to financial ones.