Mass strikes help target the psychological factors most important for acting on climate change, by emphasising social norms and reinforcing the effectiveness of collective action. 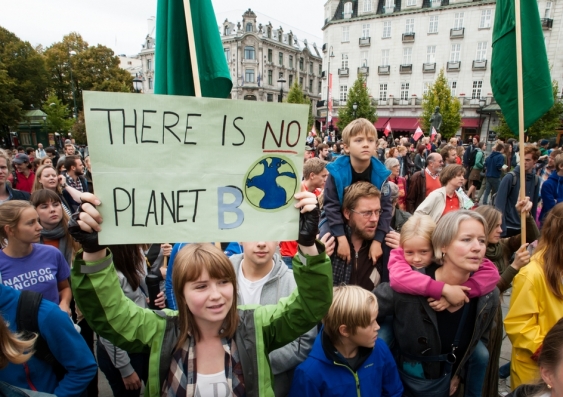 Young people around the world are joining the climate strike movement. Image from Shutterstock

This story is part of Covering Climate Now, a global collaboration of more than 250 news outlets to strengthen coverage of the climate story.

This Friday in the lead-up to the United Nations climate summit, children and adults worldwide will go on strike for stronger action on climate change. However, you may ask, is striking effective? What can it really hope to achieve?

Our research, recently published in the Journal of Environmental Psychology, suggests striking can promote the psychological factors most important for fighting against climate change.

If you’re wondering what you, as an individual, can do to support action against climate change, joining a strike (and asking your friends, family and colleagues to come with you) is a very good start.

From belief to action

In our recent research, we surveyed a large sample of Australians. We asked them how willing they would be to personally act on climate change (for example, pay more for electricity), support social interventions (such as using public funds to give rebates to households that install renewable energy), or take advocacy action (such as send an email to government officials encouraging them to support mitigation policies).

We integrated previous research which suggests that a range of factors influence people’s willingness to act, so we could target the most important variables. These included socio-demographic factors, amount of climate change-related knowledge, personal experience with extreme weather events, and moral values.

Predicting who will act

We found that the three most important variables in predicting an individual’s willingness to act were affect, mitigation response inefficacy, and social norms.

Affect refers to how unpleasant climate change is to you. The influence of affect is well demonstrated by Tongan Prime Minister Samuela “Akilisi” Pohiva shedding tears in front of other leaders during the recent Pacific Islands Forum.

The second most important predictor was mitigation response inefficacy, or “inefficacy” for short. This is the belief that we should not or cannot effectively mitigate climate change, as reflected in statements such as:

Whatever behaviour we, as a nation, engage in to reduce carbon emissions will make no real difference in reducing the negative effects of global warming.

This sentiment is echoed in frequent reminders that Australia accounts for only 1% of global emissions. By suggesting that we cannot have an impact, while conveniently ignoring Australia’s very high per-capita emissions rate, these beliefs put the brake on mitigation action.

So how do we get past the idea that we can’t make a difference?

One way might simply be to remind people how effective collective action can be. For example, compare these two statements:

This aggregation effect speaks to the power of the school strike. You may not feel like your voice is heard if you carry a sign alone, but this action becomes much more powerful when you are surrounded by tens of thousands of people doing the same.

For example, the Uniting Church recently passed a resolution to support students and teachers striking. This may signal to these students and staff that attending the strike will be both common and endorsed, increasing their willingness to go along.

Earlier this year, a Lowy Institute poll found Australians rank climate change as the top threat to Australia’s vital interests. But for many of us, it is difficult to think of how we personally can reduce that threat.

Participating in the school strike would be an effective start.

By attending the strike, you will increase the effectiveness of the strike for you and the others around you. And by encouraging your friends and family to go with you, you will promote the social norms that support climate change action.

No wonder isolation's so tiring. All those extra, tiny decisions are taxing our brains