Opinion Why the 'Bolt laws' should stay

Non-discrimination is the natural twin of fundamental liberties. We cannot all enjoy these freedoms in equal measure if discrimination is practised without redresss, write Geoffrey Brahm Levey and Helen Pringle. 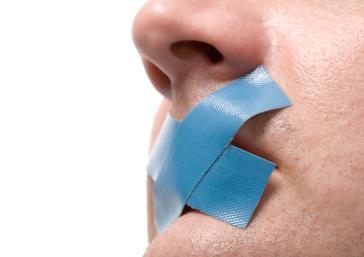 OPINION: Though the Abbott government seems to like saying as little as possible, Attorney-General George Brandis has confirmed his intention to amend or repeal the racial vilification provisions of the Racial Discrimination Act (RDA) in the name of enhancing free speech.

Democracies that emphasise free speech and the other civil liberties often enshrine them in a bill of rights. In the United States, where civil libertarianism looms largest, there is also a tradition of judicial review and jurisprudence to aggressively interpret and adjudicate these values. The Coalition and conservatives of course have long been opposed to a bill of rights for Australia and the kind of judicial scrutiny that it involves.

As citizens in a liberal democracy, we live by the freedoms of expression, association, worship, and of the press that Brandis cites. But we also want the right to participate equally in our society, without being unfairly marginalised or being fearful of exclusion. Non-discrimination is the natural twin of fundamental liberties. We cannot all enjoy the fundamental freedoms in equal measure if discrimination is practised without redress.

Part 2A of the RDA addresses offensive behaviour based on racial hatred. It includes section 18C with its "offend, insult, humiliate or intimidate" provisions or so-called "Bolt laws" after the Federal Court found columnist Andrew Bolt liable for two articles he had published regarding the identity and motives of light-skinned indigenous people.

Following the 2011 Bolt decision, many have attacked these provisions as an unjustifiable assault on free speech.

Yet it needs to be remembered that Section 18C is part of a Racial Discrimination Act. It is not a free-standing piece of legislation targeting speech, as many critics would have it. The broad test in considering behaviour under Section 18C is "discrimination", that is, something accomplished by acts that "offend, insult, humiliate or intimidate" in a discriminatory manner on the ground of a specified characteristic.

In this it follows other anti-discrimination acts. When introducing Section 18C into the RDA in 1994, the then Attorney-General Michael Lavarch noted its symmetry with the test of sexual harassment: "The requirement that the behaviour complained about should 'offend, insult, humiliate or intimidate' is the same as that used to establish sexual harassment in the Sex Discrimination Act." Harassment also covers both word and deed.

Since the Bolt case, Section 18C has been denounced as if someone merely taking offense can seek relief under the Act. Of course this is not the way the provisions operate. An action must meet a number of stringent tests before it can be considered unlawful. Even then, per the exemptions of Section 18D, offensive and insulting action cannot be considered unlawful if it is done reasonably and in good faith in artistic, scientific, academic or journalistic pursuits in the public interest.

It is a measure of Andrew Bolt's egregiousness in his two columns that he could run afoul of these expansive exemptions.

Given that tribunals and courts have interpreted the "offending and insulting" aspects of 18C as a high bar, the pertinent question is not whether these provisions should be dropped because they operate as a low threshold. If anything, the question is whether they are redundant alongside the more rigorous concepts of "humiliate" and "intimidate".

Feelings of having been offended or insulted may of course still motivate individuals or groups to bring a complaint under the RDA. But it may be sufficient for the law to concentrate on whether an act was intended to humiliate or intimidate an individual or group on the basis of race, colour or national or ethnic origin. Denigrate might even be added to the provision to underline what is at stake here.

However, those who think that free speech should be protected regardless of whether it is used for denigrating or marginalising certain groups should think again. Some of the loudest champions of free speech and critics of Section 18C are journalists and media organisations that themselves impose, formally or implicitly, speech codes on what their readers or viewers can say in comments on newspaper columns or TV programs. And their codes are far more restrictive than anything in the RDA. Typically they preclude incitement to violence or hatred, offensive, threatening or obscene comments, and gratuitous abuse.

This is as it should be.

In sport a fundamental rule of fair play is that one 'plays the ball and not the player'. Penalties apply where that rule is violated. In politics, where the stakes are so much higher and of greater consequence than a ball game, we should also expect principles of fair play to apply. Non-discrimination no less than fundamental liberties is integral to the conduct of civil life.

To allow the equal standing of citizens to be traduced is to undercut the basis of liberal democratic life.

Geoffrey Brahm Levey is an Associate Professor and an ARC Future Fellow in Political Science at UNSW. Dr Helen Pringle is a Senior Lecturer in the School of Social Sciences, UNSW.