Forty years ago, Mitt Romney would have been the perfect candidate, now he is considered not quite conservative enough to get his party faithful to the ballot box, argues Ross Buckley. 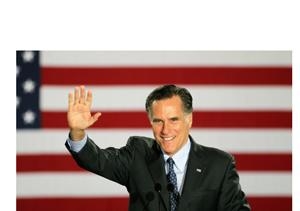 OPINION: In six weeks Mitt Romney will lose the election and President Obama will win a second term.

The reason is not the amateurish, foolish mistake Romney made in insulting 47 per cent of Americans who do not pay federal income tax. The history of gaffes in presidential campaigns is that few prove decisive. To find the reason we have to go back to Romney's choice of Paul Ryan as his vice-presidential running mate, and why he made it. The reason behind this choice highlights the profound problems facing the Republican Party.

Polling shapes campaign decisions in today's America. Ryan is far more conservative than Romney. He was chosen to ensure the Republican base goes to the polls on November 6. In other words, Romney's polling was telling him he is not sufficiently conservative to get the base of his own party to the ballot box.

Yet if we go back 40 years a natural Republican candidate for president was a tall, good looking white man who had been ultra-successful in business and held middle-of-the-road views, in other words, Mitt Romney.

Instead we have the spectacle of Romney contorting himself in ways deeply painful for anyone over 45 to adopt extreme positions on abortion, health care and other social issues. After all, Romneycare, his health care reforms as governor of Massachusetts, is functionally indistinguishable from Obamacare, which he has now been forced to utterly repudiate. So part of Romney's personal problem is that to retain the base of his party he has had to be untrue to himself - which is never attractive.

A far larger problem for the Republican Party is that to retain its base today it has to move so far from the centre that it loses almost any opportunity to win the undecided voters Americans term ''independent''. Their importance is reflected by a recent poll by the Pew Research Centre that shows 38 per cent of Americans now identify as independent voters, compared to 32 per cent as Democrats and 24 per cent as Republicans.

The ever-growing proportion of Americans who are not pre-committed to one party means this isn't just a problem for the Republican Party this year. This is a fundamental problem the party has to resolve to maintain its long-term viability.

Let's take a look at Paul Ryan's resume. It is familiar to Australian voters as he has never held a job outside politics. He is 42, was elected to Congress at 28, and spent the years between college and Congress working for senators and a congressman. His career path is now common here on both sides of politics, and has become the destructive norm in the NSW Labor party.

Paul Ryan is a budget hawk. He would severely shrink taxes specifically so as to shrink government. He often visited his beloved grandmother as she spent her declining years in a government-funded nursing home, but he would so lower taxes that governments could not fund nursing homes.

Ryan was attracted in college to the writings of Ayn Rand which is not unusual. What is unusual is that his career ever since has been built on a belief in shrinking government and reducing taxes, even on the uber-wealthy, that is straight from the Ayn Rand hymnal. His thinking hasn't developed or matured.

At university one can think and argue big thoughts without reality intruding. Most of us learn life is more complex when we get a real job. We learn no one ideology always affords a satisfactory answer. Life tends to knock the sharp clean edges off our thinking.

An adequate welfare net is important for a civilised society, but too-generous welfare means some people stop being self-reliant. We learn all this in the real world - where achieving change is difficult and criticising others easy.

Paul Ryan, potential US vice-president, has never learned these things for he has never had a real job.

His strong appeal to the contemporary base of the Republican Party uncovers a very real, fundamental problem for it. Characters like Paul Ryan will never appeal sufficiently to the 38 per cent of Americans who are not committed to either major party to win a majority of their votes. For as long as Republicans adore them, their party's mainstream appeal will be deeply compromised.