A proposal for voter ID requirements could further disenfranchise vulnerable people of society who don’t have access to the ID documents, particularly First Nations people. 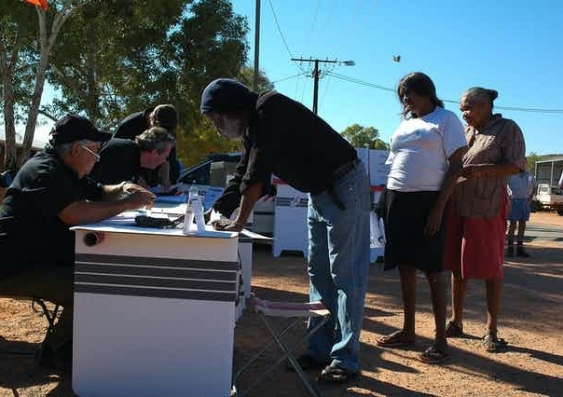 These proposed changes include the requirement for registered voters to show ID prior to casting their vote at the polling booth on election day.

The proposed changes state the appropriate forms of ID would include:

If a voter is unable to produce ID on election day, there is an option for a fellow voter (who has their own ID) to vouch for them. Potential voters could also sign a declaration for their ID, which is then attached to their ballot.

If this bill becomes law, it would potentially further disenfranchise vulnerable people of society who don’t have access to the ID documents required, particularly First Nations people.

Why have these changes been proposed?

The Morrison government has stated these measures are necessary to ensure federal elections aren’t at risk of electoral fraud. This also ensures potential voters aren’t excluded from casting their vote at federal elections. This position was reaffirmed recently by Liberal Senator James McGrath on RN Breakfast.

This proposed change from the Morrison government has been met with criticism and outrage from Labor, the Greens and others. They argue not only is multiple voting not a problem that needs solving, this proposed change risks doing harm to the electoral system.

The people who would suffer most from this proposed bill are Australia’s most vulnerable voters. They include those living in financial poverty, living in remote communities with minimal access to support services and homeless people. Indigenous people occupy alarming rates of each of those vulnerable positions in society.

Barriers of this kind are part of a history of undemocratic attitudes towards how Australian elections should be conducted. Women and Aboriginal people of Australia were excluded from providing input during the drafting of the Australian Constitution. The only people who were included in that process were non-Indigenous male delegates from each colony except Queensland.

In addition, women and Aboriginal people were granted the right to vote in federal elections much later than white men. Women were granted the right to vote in 1902, Aboriginal people in 1962. However, with Indigenous people, there still remains ongoing issues with increasingly high and disproportionate incarceration rates and low literacy and numeracy rates. Those issues are yet to be settled in Australia and contribute significantly to Indigenous marginalisation.

It seems as though the Morrison government’s position on voter ID requirements doesn’t consider the issues Indigenous people face and how to combat them. For example, research conducted from the AEC in 2016 suggests approximately 58 per cent of Indigenous people (both Aboriginal and Torres Strait Islander people) were enrolled to vote. However, this was viewed as a generous estimate of Indigenous voter engagement – a more realistic enrolment figure is about 50 per cent.

the government knows full well that First Nations people have always struggled to obtain identification documents as basic as a birth certificate, because of an absence of records or because of difficulties in accessing and navigating official services – difficulties that are often exacerbated because of remoteness and language and communication disadvantages.

Indigenous people and communities must rely on the limited resources of the AEC, which coordinates educational outreach programs to engage and assist Indigenous voters. However, past funding for these initiatives has been limited.

What do these proposed changes mean for other vulnerable voters?

The Morrison government’s proposed voter ID changes add additional red tape to the voting process. This does not provide incentive for those who are already oppressed to participate in voting. Instead, such electoral changes could make for a less fair and less transparent democracy.

There should be as few barriers to Australian citizens casting their vote as possible.

At an international level, the government’s position conflicts with internationally recognised standards of universal suffrage. In general terms, it should only be limited if there are substantial reasons to justify the limitation of the privileges of adult citizens.

Read more: What did the public say about the government’s Indigenous Voice co-design process?​

Voting should be easier than this

The Morrison government’s position on electoral fraud is not a substantial reason to further exclude Australia’s most vulnerable people from voting at elections.

Rather, given the evidence of Indigenous and other vulnerable people’s disenfranchisement and as the Australian Human Rights Commission has recommended in its submission to a Senate inquiry in September, the voter ID requirement bill should be blocked.

The proposed electoral voter ID requirements are precisely why Indigenous people need a constitutionally protected Voice to Parliament, given their means of representation within it is so limited.

The government should adopt a new strategy for electoral reform that commits to empowering and including Indigenous people and other vulnerable voters of society.

A new strategy would require new ways to ensure Australia’s most vulnerable, marginalised and unrepresented people have a seat at the table in federal electoral decision-making processes. Most importantly, this must include those who are first peoples to this land.