While men and women experience disability at similar rates, men are more likely to be diagnosed with disabilities more readily supported by the NDIS. 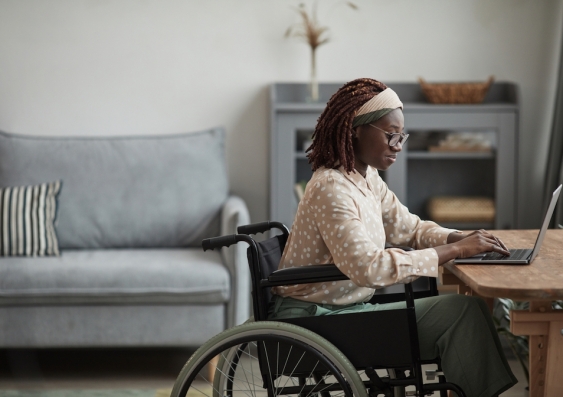 Several women reported being on and applying for NDIS was like “a full time job”. Photo: Shutterstock.

Despite an even male-female split among under-65s with a disability (49 per cent female), only 37 per cent of NDIS participants are women and girls.

To better understand what’s behind the disparity, we interviewed 30 women about their experiences with the NDIS.

The thing that struck us the most was how many women talked about what hard work it was being on the NDIS, or applying for it. Three women told us it was like “a full time job”.

We already knew the NDIS was very administratively complex, and increasingly people have needed to appeal their budgets to get the right supports.

So we started thinking about “administrative burden”, or load, and how it fits into the story of women’s experiences with the NDIS.

What is administrative burden?

Administrative burden is the work people have to do when they access government programs. This can manifest as:

Research has increasingly explored how administrative burden falls unevenly on different groups, finding those with the least resources have the largest administrative burden. This includes Aboriginal and Torres Strait Islander people, people with disability, people with lower socioeconomic status, and people from non-English speaking backgrounds.

These groups are more likely to be gatekept from government programs because of how difficult it is to access and manage them.

Some women we interviewed experienced a smooth, supportive NDIS experience. However, this wasn’t the norm.

Women told us being on the NDIS took a lot of time and effort. They said communicating with the National Disability Insurance Agency (NDIA) was difficult, and the application process was challenging and emotionally draining. 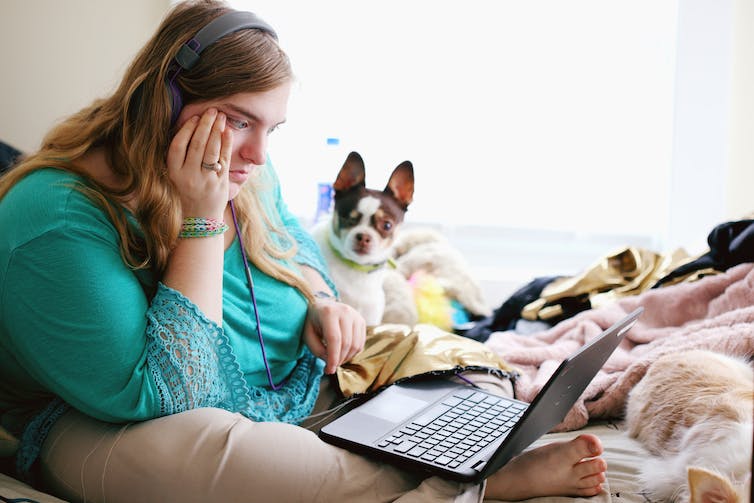 Very few of the women interviewed had a smooth experience with the NDIS. Photo: Unsplash/Sharon McCutcheon

Interviewee January said it was impossible to phone or contact any specific person:

The NDIA is like dealing with…you know those octopuses that live a thousand metres down in the ocean, and no one’s ever seen them? So we don’t actually know how they work, just every so often they’ll put a little piece of themselves above the surface and like, wreck a ship. But then you don’t know which animal it’s attached to and you’ve got no way of contacting it, to try and do peace talks. … So it just seems like this faceless monster.

Administrative burden can be gendered

Although all people accessing and applying for the NDIS (and their families and carers) face administrative burden, our results show this can manifest in gendered ways.

While men and women experience disability at similar rates, men are more likely to be diagnosed with disabilities that are more straightforward to gain access to the NDIS for.

Autism, for example, is male-dominated and comprises about a third of the scheme (although this may reflect gender bias in diagnosis rather than true prevalence).

Women are more likely to be diagnosed with disabilities that don’t fit as well within the medicalised model of disability that has taken over the NDIS. One analysis, for example, found “painful and socially disabling disorders” such as arthritis, fibromyalgia and chronic fatigue syndrome are more common in women – but it’s difficult to get support for these conditions.

Support needs are supposed to be assessed according to the person’s level of functioning, but applicants are required to provide extensive medical evidence. This means it is more administratively burdensome to apply for support for those disabilities, and women may not be willing to expend so much effort for such an uncertain outcome.

A new analysis of the NDIS application form shows it is long and complicated, partly because it makes assumptions about people’s lives being relatively straightforward. Seemingly simple questions like “does the person require assistance with self-management because of their disability?” can be difficult to answer if you have fluctuating support needs, as is often the case with disabilities more common in women.

Women have less time to manage their own disabilities

Another gendered dimension is that balancing administrative labour and family care is often harder for women, who shoulder more of the caring work. 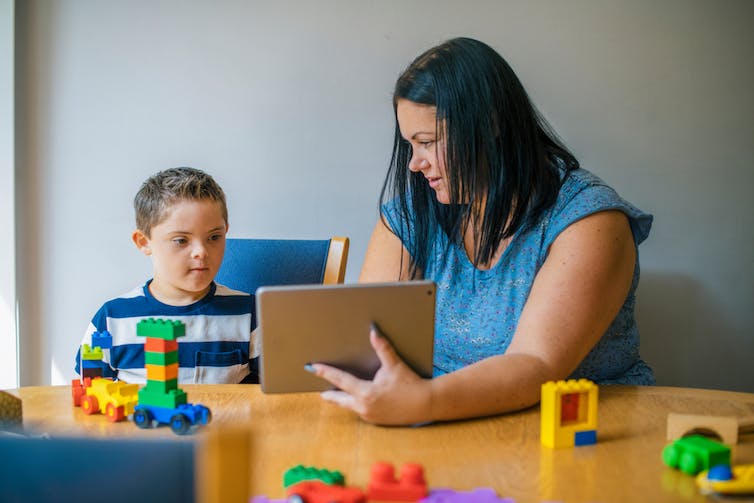 Women take on more caring and administrative work in their households, leaving less to coordinate their own disability care. Photo: Shutterstock.

Women also tend to take on more of the administrative work of family, which includes managing the government-related administration of family members.

This leaves them less time to manage their own disabilities.

Some of the women we talked to said it was sometimes too hard to balance self-care, life responsibilities, and fighting for what they needed on the NDIS.

Peta, a mother of young children, told us:

I called the NDIS the other day and said I just need some more therapy… She listed this litany of things you had to do. I was like, so I’ll just add that to the list of death by admin tasks. And I said, thanks but no thanks, I’ll just pay for it myself. And I just hung up.

While Peta could luckily afford to pay for the support herself, many women on the NDIS are not in a similar position.

This was not the first work to examine the administrative burden of the NDIS, but it was the first to do so through a gendered lens. We need more evidence on the nature of administrative barriers for women in the NDIS and what can be done to address them.

The NDIA should also develop and implement an NDIS gender strategy, in partnership with women’s disability organisations.

Women, rural and disadvantaged Australians may be missing out on care in the NDIS