Celebrity Charlotte Dawson was a victim of trolling before taking her life. Now women who have been subjected to cyberhate are being asked to help tackle the problem. 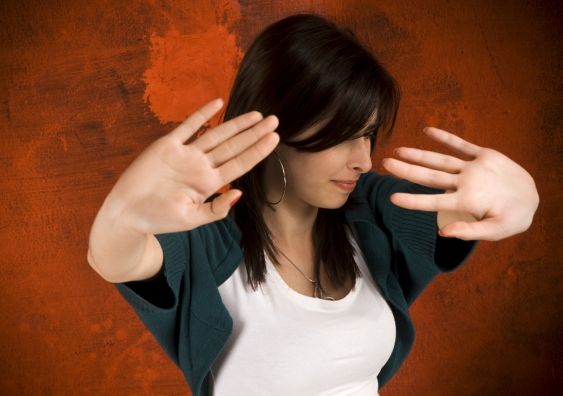 TV personality Charlotte Dawson was a victim of trolling and had been involved in an anti-cyberbullying initiative before taking her life. Other women in the video gaming community have been forced to leave their homes in fear for their lives after online death threats.

Now, world-first research on cyberhate directed at women is being conducted at UNSW and those targeted are being asked to take part. The study looks at Twitter, Facebook and YouTube, with participants sought from two groups: those who have public profiles and Sydney-based women who are not in public life.

“Since about 2011, rape threats and sexualised vitriol targeting women has become increasingly prevalent,” says study leader Dr Emma Jane, Senior Research Fellow in UNSW’s School of the Arts & Media. “What is less common but is becoming more frequent is what’s known as ‘doxxing’. This involves publishing personal details – such as a woman’s home address – online, in attempts to intimidate targets and incite offline attacks.”

Many high-profile women have been targeted this way, says Dr Jane, with some being forced to cancel speaking engagements and others removing themselves from public life altogether.

“You don’t need to be particularly famous to be the victim of gendered cyberhate. You just need to get a few too many retweets and your life can change dramatically,” says Dr Jane, who says the anonymity of the internet and the unwillingness of online platforms to bring perpetrators to account have played a role. Police have become more involved, she says, as the abuse has spilled offline, with antagonists arriving at women’s homes as a result of doxxing.

“The language involved is often so violent and sexually explicit it can’t be quoted. It’s like nothing you’ve ever read,” Dr Jane says. “That said, most of it is some variation on ‘you’re way too fat/ugly/gay/old to rape and murder but we’re going to do it anyway to teach you a lesson’.

Dr Jane, who had a weekly column in The Australian, says she was the subject of cyberhate campaigns from the late 1990s until she stopped working as a journalist.

“One of the revealing things about this sort of cyberhate is that all the messages look like they’ve been sent from the exact same guy to the exact same woman – yet it’s happening to very different women all around the world.”

There are particular groups that are likely to be targeted, including gamers, feminists, women who write about sex, sex workers, trans women, fat activists, women who are identified with political groups, atheists, anti-abortionists, pro-choice campaigners, and women who appear on TV. That said, Dr Jane suspects that the real risk is “speaking while female”.

If you’ve experienced rape threats or other gendered hostility online and are interested in taking part in the study, go to the project website.