Architecture and altruism meet on the toilet seat

It’s a taboo topic that’s “literally filthy” to discuss, but for Nicholas Papas the toilet marries his two great passions – architecture and altruism. 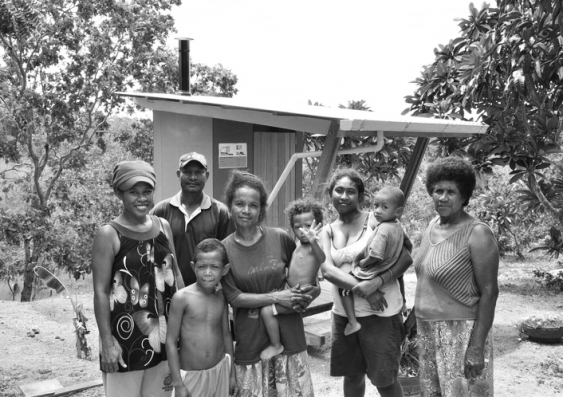 It’s a taboo topic that’s “literally filthy” to discuss, but for Nicholas Papas the toilet marries his two great passions – architecture and altruism.

Papas, a Masters research student in the Faculty of Built Environment, is researching the rollout of low-cost, sustainable, eco-friendly toilets in a remote coastal village of Papua New Guinea’s Central Province.

Though unglamorous, and far from an orthodox Master of Philosophy (MPhil) thesis, the project could save lives.  Around 3.8 million Papua New Guineans – some 55% of the population – do not have access to adequate sanitation, with significant consequences for health and development.

“Sanitation is a kind of taboo subject, it is literally filthy, so I understand why it is not immediately popular,” said Papas. 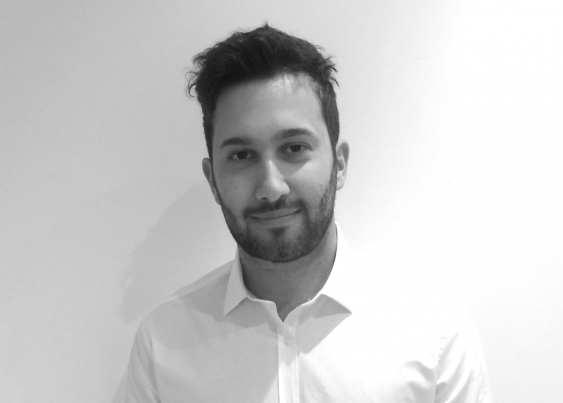 “But we are all united by this requirement for safe, secure, and clean sanitation.”

Papas, who jokes that “all of my friends moved on but I never left”, did both his Bachelor and Masters in Architecture at UNSW and is now completing Masters of Philosophy (MPhil) with the Faculty of Built Environment.

He is working with architecture and community development NGO Sago Network on a low-cost environmentally friendly toilet prototype for the remote coastal village of Barakau.

It’s an unusual proposition because the principal hurdle is not architectural, he explains.

“The challenge for us is not so much the design and construction of the toilet, but rather the designing of human interactions around the toilet to ensure the long term success of the project,” said Papas.

“We want to know how will men, women and children use, maintain, understand, and behave around the toilet.” 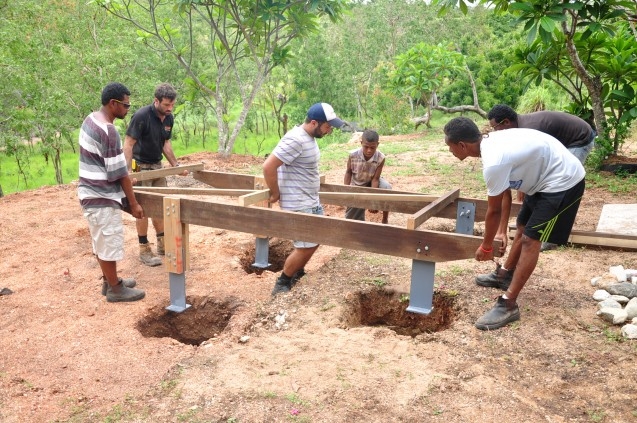 Papas is using what he describes as an “action research method”, returning to PNG periodically to gather new data, engage with stakeholders, and implement the findings of previous trips.

He was recently awarded a Byera Hadley Travelling Scholarship, which promotes travel and architectural research in cities and communities around the world, to support his research project.

“Through this embedded process it is hoped that the adapted sanitation system will not suffer the same pitfalls as other projects such as lack of maintenance, understanding, and behavioural change,” he said.

“The goal is to eventually design and implement a sustainable, local, and low cost system that has the potential to be rolled out across the country and help save lives.”

During his visits to Barakau Papas says it is easy to become attached to the families he lives with and acclimatise to the “wholeness of village life”.

“There is always such a sense of hospitality, curiosity and a willingness to teach you about their culture and history,” he said. 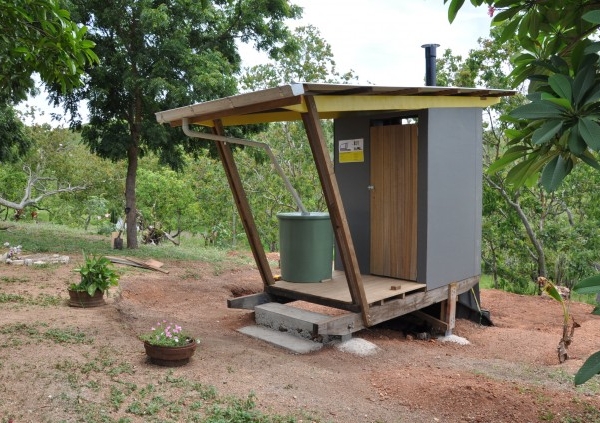 Regardless of the outcome, Papas says his MPhil has been an exciting and challenging foray into the "archi-humanitarian" sector and brought together two of his great passions: “architecture and helping my community.”

“Someone important once said to me, ‘If you don’t make the world a truly better place for people, then what is the point?’. I couldn’t answer her, so this sentence stuck with me and it is now something that I try to live by.”