Tamara Prochnik has been named Graduate of the Year by the Design Institute of Australia (NSW), with fellow Interior Architecture grads scooping the prize pool at the awards. 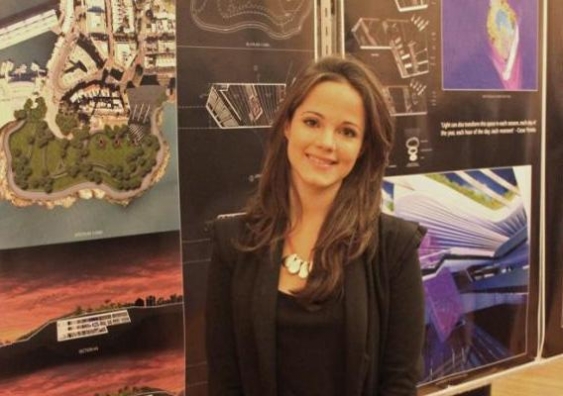 Tamara Prochnik has been named Graduate of the Year by the Design Institute of Australia (NSW), with fellow Interior Architecture grads scooping the prize pool at the annual awards.

Describing her designs as “unconventional, with many different dynamics at play", Prochnik’s winning submission included an aeronautical-inspired apartment, an inner-city bike hub and an underground film facility for Barangaroo.

The apartment was inspired by an aeronautical engineer client and her bike hub design integrates features of a building from 1910, while weaving in modern elements. “It’s a marriage between old and new,” Prochnik explains.

Before graduating last year with a Bachelor of Interior Architecture in the Faculty of Built Environment, Prochnik spent three months as part of her UNSW program working on one of Sydney’s most prominent developments, Barangaroo, testing the potential of an art gallery at the site.

“The opportunity to gain really valuable industry experience has given me a great advantage."

FBE Program Director, Dr Russell Rodrigo, says, “Tamara has been a wonderful ambassador for the Interior Architecture program, both academically and pre-professionally, particularly through her work with Barangaroo in investigating future use of the underground space at the site.”

Prochnik is now working full-time at an architectural firm in Sydney . "I love working with beauty, it’s visually enticing and it's great to work in an industry where people look at things differently.”

She hopes to travel overseas in the near future "to see how foreign countries approach design. I’ve just entered into the Qantas Spirit of Youth Awards, and the winning prize is a trip to Barcelona and a one-year mentorship with an acclaimed architect. So I’m very hopeful.”