Ailis O’Carroll wanted to ensure the gifts we give and receive are items we really want rather than duds that end up discarded in landfill. So she signed up for UNSW’s New Wave Female Entrepreneurship program. 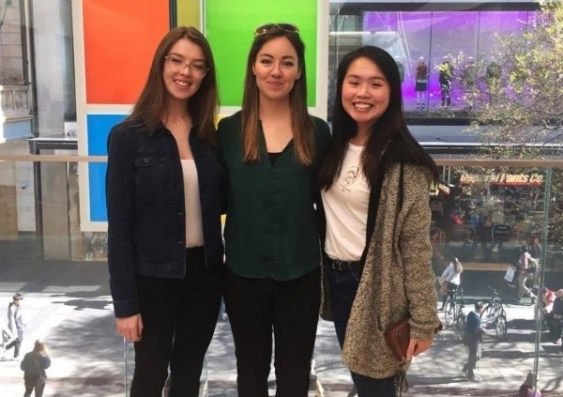 UNSW PhD student Ailis O’Carroll had a great idea to create a platform that would ensure the gifts we give and receive are items we really want rather than something that will end up in landfill – an idea that would save money and help the environment.

However, she wasn’t sure how to bring this idea to life and turn it into a business venture, so she signed up for UNSW’s New Wave Female Entrepreneurship program.

The program includes a 13-week speaker series at the Michael Crouch Innovation Centre with women leaders from organisations such as Google, Microsoft and You Tube, a two-week pre-accelerator program to help participants develop their ideas and turn them into viable startups, and a Facebook group to foster a well-knit community of female entrepreneurs.

If you have an idea or a dream, it is the most amazing feeling to get it out of your mind and see it transform into a reality.

It aims to close the gap between the number of male and female entrepreneurs and give more women the skills and encouragement to create their own startups.

“When I entered this program I had zero business, tech or design skills and I was absolutely terrified of public speaking,” says O’Carroll, who researches cancer and inflammatory disease at UNSW’s Lowy Cancer Research Centre.

Twenty UNSW students participated in this year’s pre-acelerator program, working in groups of four with $300 seed funding per team, supported by UNSW's Division of Enterprise.

“The past two weeks have been a whirlwind of inspiring speakers, business, tech, legal, design and pitching workshops,” says O’Carroll.

O’Carroll and her team worked with a mentor to develop an online platform, ListE, to help consumers create and share their own, personal wish list.

“There is $283 billion lost in the US alone in gift returns, with 10% of all gifts bought returned, as well as unnecessary environmental waste, with 40% of all gifts returned ending up in landfil because they can't re-enter the supply chain.

“There is a huge niche and opportunity for technology to make online shopping more streamlined and for us all to make our dream gifts more transparent,” says O’Carroll. 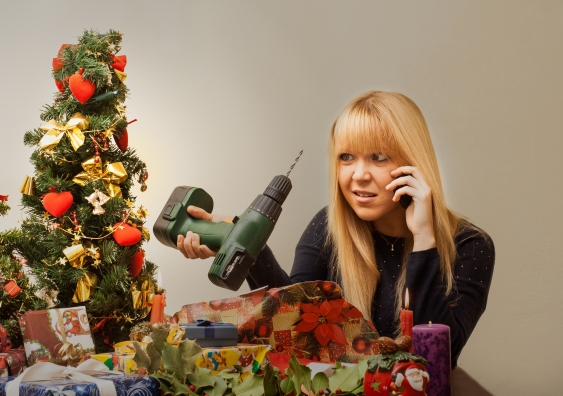 ListE aims to ensure the gifts we give and receive are items we really want rather than something that will end up in landfill.

UNSW New Wave Program manager Mary Liu says many women have great business ideas but need encouragement to develop the confidence to stand up and pitch their ideas to an audience.

“As a startup entrepreneur myself, starting my journey as a 19-year-old student, I realise that us girls don’t always have as much confidence as the guys. We’re not as gutsy,” says Liu.

O’Carroll says the thought of standing up and speaking in front of even five people gave her sleepless nights.

“Heading into the Microsoft HQ store on Pitt St, (for a pitching workshop) I was so nervous. I was sure that I would stutter, blank and mess up when it came to my turn to pitch…and I did, all recorded on camera.

“But amazingly that is exactly what I needed and the honest critics and positive feedback allowed me to overcome my fears and to speak in public on the finals night for the first time.”

Her bravery and hard work paid off, with ListE awarded first place in the UNSW New Wave Pre-accelerator finals competition.

“The day I was accepted for this program I never imagined that my idea would win and I could not be happier or prouder of my team,” says O’Carroll. 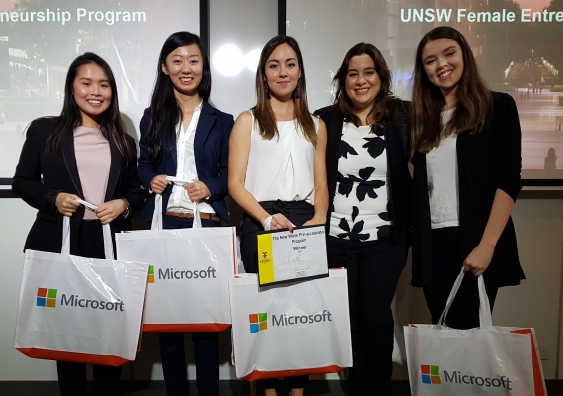 “There are so many people out there with unbelievable ideas, who feel like they would never be able to get their idea into the structure of a viable startup that investors would take seriously.

“With the help of the UNSW New Wave Female Entrepreneurship Pre-Accelerator Program, we did it in two weeks,” she says.

People’s choice winner Adelaide Spicer, from team Kind Provisions, says taking part in the program was one of the best decisions she’s ever made.

“It has empowered me to follow my dream of running a business and allowed me to meet other like-minded women,” says Spicer.

“Our business, Kind Provisions, works to empower people with health conditions. It showed us that people are very interested and keen to support our business,” she says.

“Their focus on founder collaboration is important and will have really positive knock on effects as these women continue their entrepreneurial journeys," she says.

O’Carroll also has some advice for women considering taking part in the New Wave program.

“If you have an idea or a dream, it is the most amazing feeling to get it out of your mind and see it transform into a reality.

“No matter what skillset you have, don’t use it as an excuse. If you have the idea and the drive, stop waiting and just make the leap. You won’t regret it.”

Students interested in participating in the 2018 UNSW New Wave Program can contact Mary Liu for further details on mary.liu@unsw.edu.au.