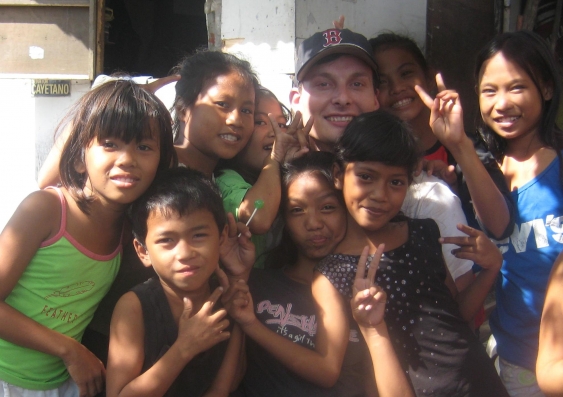 A chef turned International Studies student has brought food and education to children living in a Philippines rubbish dump.

Damien Hawes, who is due to graduate from his MA in International Relations, has received an Arts and Social Sciences Deans Community Leadership Award for his volunteer work teaching children in a rubbish dump school in Mandaue City, Cebu.

Scavenging for plastics and other recyclables in city dumps is a grim reality for many children in Filipino communities, who work at the rubbish dump to supplement their parents’ meager earnings.

The children are often malnourished and at risk of respiratory infections, pneumonia, diarrhoea and tuberculosis.

“Children earn about 40 cents per kilo for collected recyclables,” said Hawes explaining that can mean the difference between one and two meals a day for some families.

Hawes said he funded the trip himself so that he could build on the knowledge of the region he gained as an Asian Studies undergraduate at UNSW.

“I want to feel like a well-rounded postgraduate and to me that means experiencing other countries,” he said.

During his placement, organised through British-based volunteer agency WLS International, Hawes taught literacy and numeracy to 10 children in a make-shift bamboo shelter.

He described the work as both challenging and rewarding.

“Attendance was varied because the kids were often pressured by their parents to work in the dump site rather than come to school,” said Hawes who learnt to negotiate a mixture of Filipino dialects to communicate with the children.

He describes buying a world map at the corner shop and showing it to the children as a highlight of the trip.

“They were fascinated. It was the first time they began to understand that there was a world outside the dump site,” he said.

Hawes’ path to university was far from traditional. He left school at 16 to pursue a rugby career and complete a chef’s apprenticeship, but a series of injuries prevented him from pursuing his dream of becoming a professional sportsman. At 22 he completed his HSC at TAFE where he discovered a passion for history and international studies.

Hawes said his chef skills were a bonus when it came to cooking the children a hot lunch, often their only nutritious meal of the day.

“I’d cook a big pot of rice and soup with chicken or pork and vegetables,” said Hawes. “It meant they could just be kids, they didn’t have to go and find plastic to recycle in order to eat.”

When he returned from the Philippines, Hawes gave a guest lecture to South-East Asia studies students about his experiences, which inspired other Asian studies majors to engage with the region in the same way.

Hawes has just completed an internship with Jubilee Australia, a non-government organisation that works on poverty and development in the Pacific islands, where he helped launch a report on the re-opening of the Panguna Mine in Bougainville, Papua New Guinea.

“My time at Jubilee helped me understand how poverty can be eradicated at the political level, as opposed to the on the ground level of volunteer work,” he said.

Hawes hopes to work as a diplomat in the Asia region when he graduates. 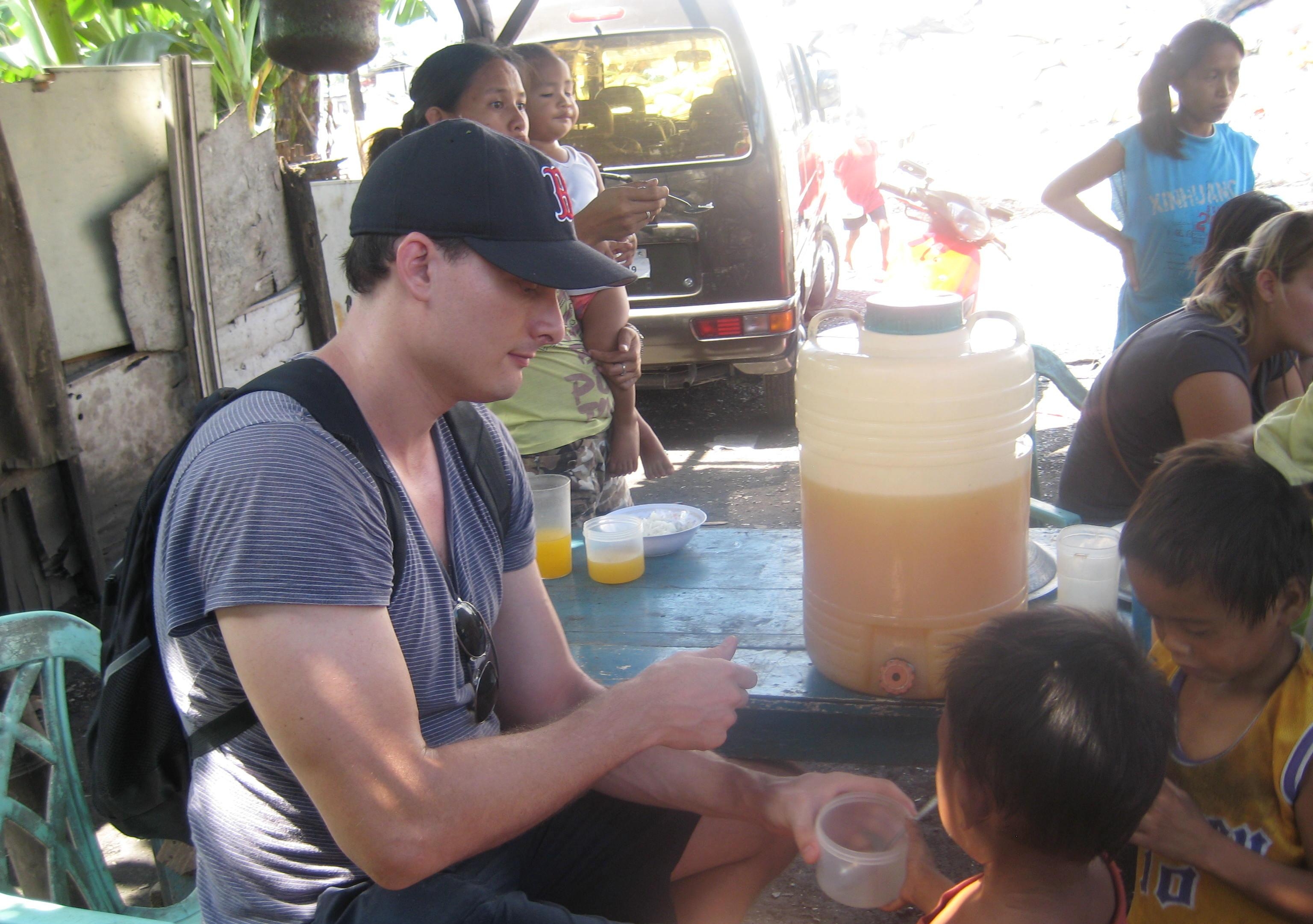