It took a daring effort in a last-race decider for the the quartet of UNSW students to seal success in France. 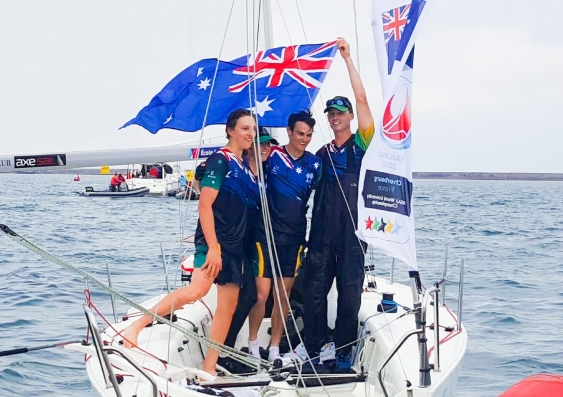 Four UNSW students are celebrating after helping Australia to gold in the World University Sailing Championships in France.

The team won three of eight races on the crucial final day to edge ahead of the France 2 boat that had been leading the field. An all-female team from France completed the podium in third. 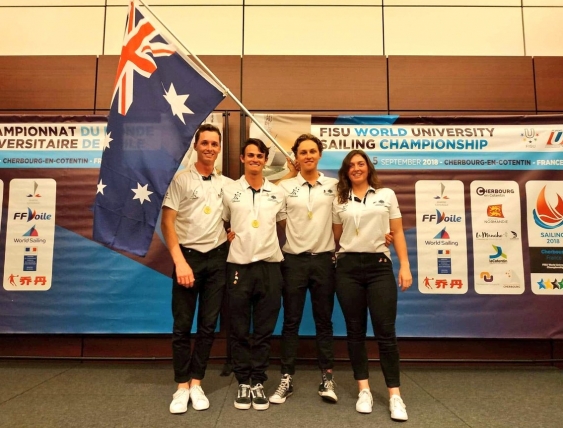 Jessica Grimes, whose twin brother Thomas skippered the Australia boat to glory, said: "We are so happy to win here in Cherbourg.

"The level of the championship was very high and we had to fight up to the very end. The French team sailed very well, so bravo to them as well."

A second Australia team, made up of students from other universities, also sailed brilliantly to take sixth place overall.

The UNSW quartet, though, were incredibly consistent throughout the five days of action, competing against more than 100 other sailors in 19 teams from around the globe.

They finished in the top three in nine of their first 14 races to qualify for the battle for the medals on day four and five.

France then piled on the pressure by winning three out of five to power to the top of the leaderboard heading into the final day.

In a nailbiting finish the championship was decided in the very last race as Grimes skippered Australia to the win, while France could only manage fourth, to put the UNSW students two points ahead in the final standings.

The gold medal cemented Australia's reputation in university sailing, having claimed the previous World Championship in 2016 on home waters in Perth. Australia will now go for a hat-trick in Lago di Ledro in Italy in 2020.