Graduate of the Year gongs for two UNSW designers 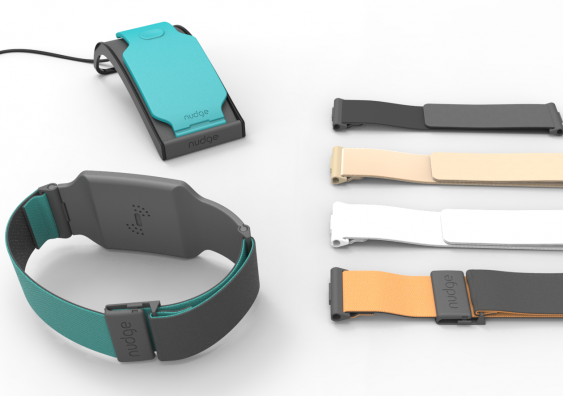 Graduate industrial designer Amy Leedham from Built Environment and textile designer Elizabeth Hackney from Art & Design have both been recognised with Graduate of the Year Awards (GOTYA) after being nominated by UNSW teaching staff as the top design students in the state.

The GOTYA awards recognise excellence in emerging designers in the disciplines of Interior Design, Interior Design and Decoration, Industrial Design, Furniture Design, Graphic Design, and Textile and Fashion Design. Students are required to submit three major projects prior to being interviewed by a judging panel.

Nudge, one of the projects submitted by Leedham, is a waterproof, portable glucose-monitoring device that can be worn by diabetics during exercise. The discreet armband monitors glucose levels through an implanted sensor that reports directly to the user’s smartphone.

Leedham said she was completely surprised to be named one of NSW’s top designers.

“The award is really encouraging after just completing my degree. Now I’m even more inspired to move into an industrial design career that allows me to help people,” said Leedham. 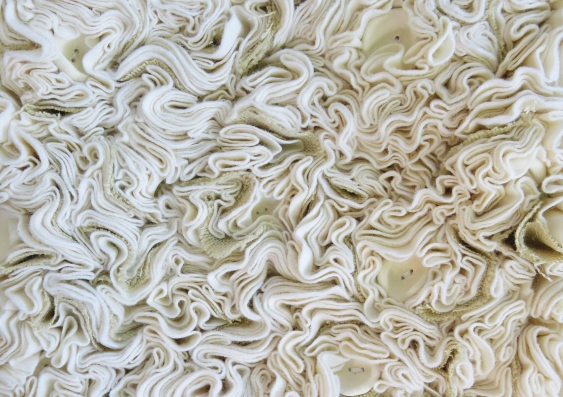 Detail of The Seasense Project, a series of textural rugs by graduate Elizabeth Hackney.

Hackney won her award for The Seasense Project, a collection of three textural rugs designed to stimulate the senses.

“I was inspired to create the range after seeing coral bleaching that’s a result of global warming,” she said.

The rugs are made from layers of hard and soft materials, including natural white wooden beads and silk chiffon, aimed at replicating the changing state of coral reefs.

Leedham and Hackney are now in the running for the nationwide AGOTYA awards that will be announced later this year.