One student’s journey from culture shock to global health advocacy 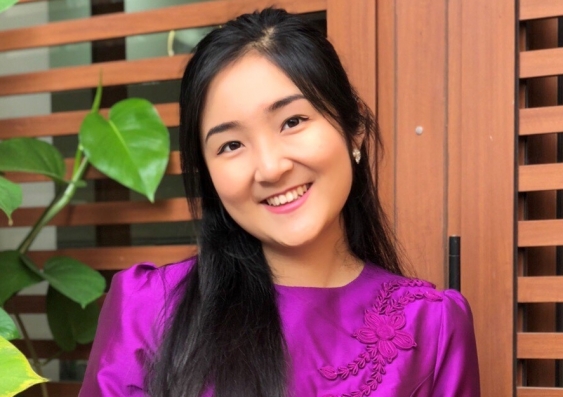 One of the greatest turning points in Yuri Nwe’s life was a moment in which she felt at her most vulnerable: she witnessed her grandmother suffer a massive heart failure at hospital.

Yuri was at her grandmother’s side when doctors and nurses rushed into the room to try to revive her.

“I was watching all of them working as a team to try and save her – and they did,” says Yuri.

“That was the moment that made me sure I wanted to study Medicine.

“I wanted to be in a career where you can help people when they are feeling at their lowest in terms of their health.”

At the time Yuri was in Myanmar, where she grew up. As the child of doctors, Yuri was immersed in the world of medicine and health care from an early age.

Her interest in global health began when Yuri joined her high school’s community service club. In orphanages and hospitals, Yuri came face-to-face with the healthcare inequities that persist in society. For instance, she saw people suffer from diseases such as tuberculosis, which Yuri knew had been eradicated in developed countries.

“It really shines a light on things, and I started to think – ‘Why am I not doing anything to help bridge that gap?’,” says Yuri.

Then, years later at her grandmother’s bedside, Yuri decided she wanted to finally act on this nagging question. 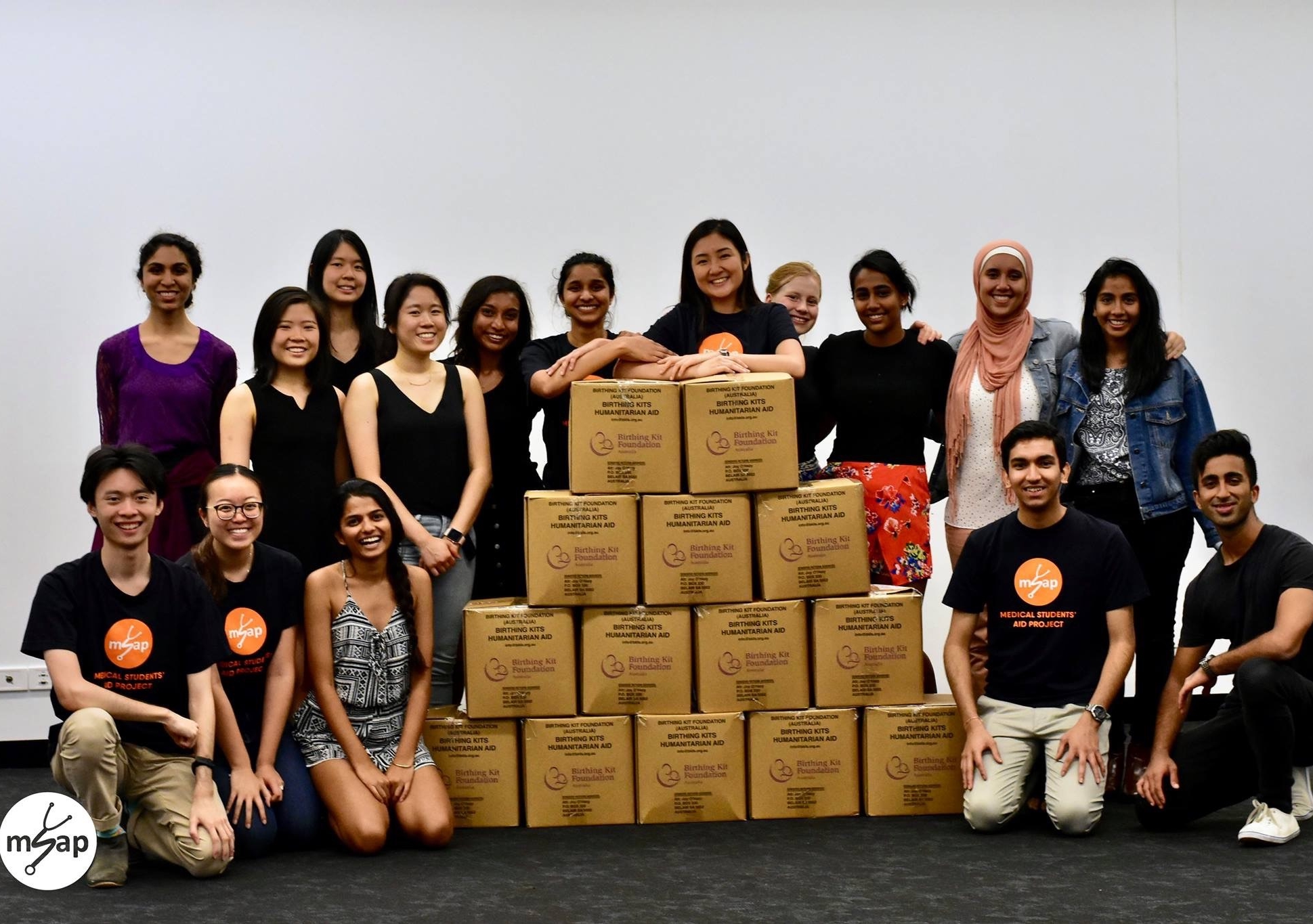 Family away from home

Today, Yuri is in her fourth year of studying an undergraduate medicine degree at UNSW Sydney.

She had originally planned on studying in the United States but had a change of heart when offered an opportunity at UNSW Sydney.

In addition to the quality of UNSW’s Medicine program, Yuri was drawn to Sydney’s beaches, weather and diversity.

“Since my childhood, I have associated the beach with being at my happiest, so the fact that Sydney was full of beaches really excited me,” she says.

“I did consider Melbourne as another option, but in the end, I went with Sydney because I liked UNSW’s program and felt Melbourne’s weather would be too extreme for me.”

“I wanted to be in a career where you can help people when they are feeling at their lowest in terms of their health.”

The first few weeks of studying medicine in Australia were intense. In her first week, she saw a cadaver for the first time at anatomy class.

“It was really overwhelming,” she says. “But it was really exciting to meet people who are super smart, super keen and super passionate.”

As an international student, Yuri was initially worried about finding a place to belong in Australia. There were moments of culture shock, from using public transport to local slang, hobbies and habits which came naturally to domestic students but required adjustment by people who were new to the country.

“It was the independence a lot of my classmates had – making money from their own jobs, driving themselves, staying out late. These were all things I wasn’t too used to, coming from a different culture,” says Yuri.

“Also, coming from a city where shops generally started getting busy around 5pm, I found it really shocking that some shops actually close at 5pm here. I think it just took a while for me to settle in with the lifestyle here.”

She remembers how surprised she was seeing students walking around campus without any shoes and going to lectures in pyjamas and UGG boots.

“I also noticed how relaxed people were here, but I really liked the welcoming and chill environment.

“Because I wasn’t used to the traditions of the local students, I found it hard to connect at first. It took a while, but you learn to adapt and adjust.”

“Together we all formed a family away from home, and faced the first few months together.”

“Global health is such an important issue, and something we as students don’t always get the chance to address,”

Yuri’s advice to new students is to focus on exploring different aspects of university experience in the first few months of their degree.

“University is very different from high school. Don’t be afraid to explore during the first year instead of freaking out over grades. Try out different study methods, try out different societies and clubs and meet new people,” says Yuri.

“Most of my closest friends now are all people I met in first year.”

Yuri Nwe is now also working to bridge gaps in global health care that she witnessed in her teens, as co-chair of the Medical Students’ Aid Project (MSAP), a student-run global health group at UNSW.

Yuri was immediately drawn to MSAP’s work in education and advocacy for global health issues, particularly in the developing world.

“During first year I remember sitting in the audience in one of MSAP’s Global Health Courses and thinking to myself, ‘I want to be one of those people’.”

MSAP was founded in 2001 by two UNSW students to supply developing countries with vital medical equipment. Thanks to donations and fundraising activities, funding has been provided for local and international humanitarian projects including a reproductive health centre in Tanzania and midday meals for school children in Gujarat, India.

“Global health is such an important issue, and something we as students don’t always get the chance to address,” she says.

“MSAP is a huge platform and an opportunity to make it possible.” 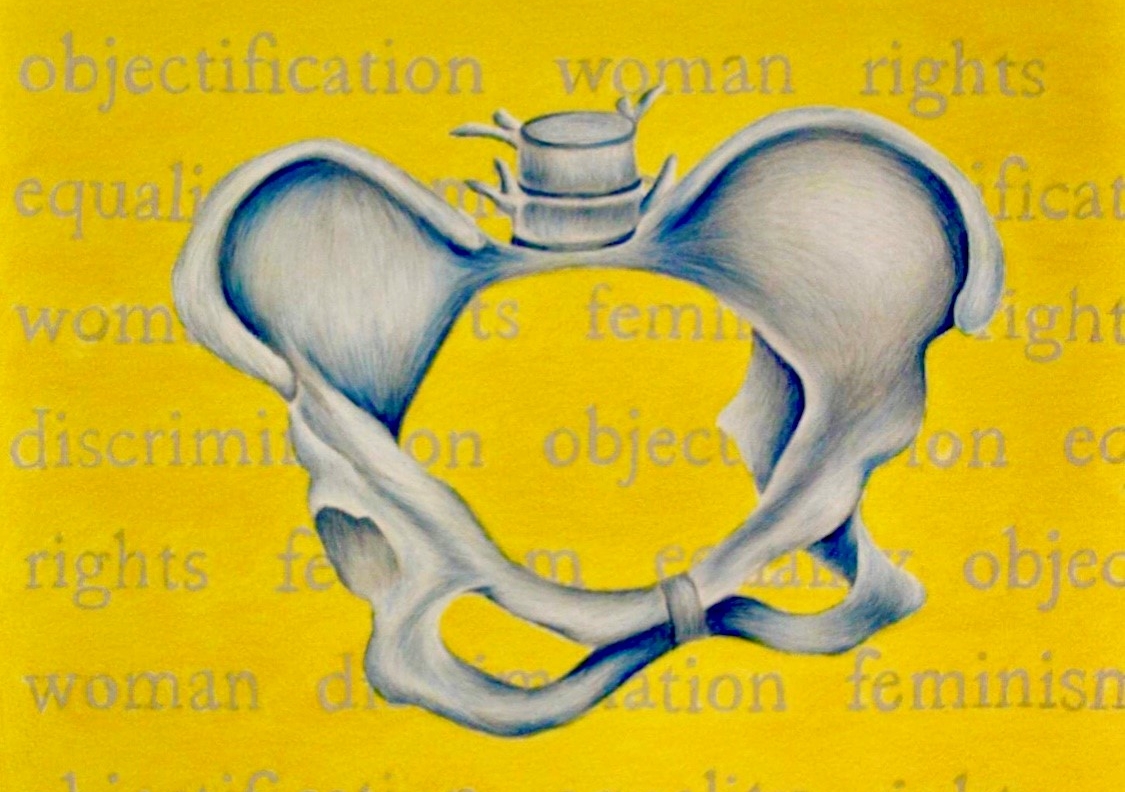 Yuri Nwe is also an avid artist, combining her medical knowledge and creativity to create artworks that feature anatomically correct renderings of parts of the human body. Art: Yuri Nwe

One of Yuri’s greatest ambitions is to use her medical knowledge for global health opportunities that allow her to meet and learn from people every day.

“I’m excited to try everything out,” says Yuri. “I’d like to be in a profession that makes me happy. It’s cliché, but I think we get lost in the whole appeal of certain jobs so easily that we overlook what it is giving back to us.”

Yuri would love to use her medical experience to help people in developing countries, such as her own.

“It would be immensely gratifying to come full-circle, so to speak, and contribute what I can to the amazing work healthcare professionals do every day to help those really in need