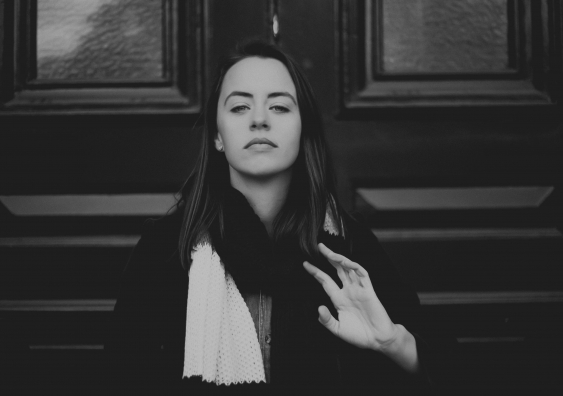 From the moment she could talk Sophie Payten has been a singer, but it was a school science class on the human brain that first inspired her to combine her passion for music with the mysteries of medicine.

Music was her first love growing up on a farm in Canowindra, rural NSW, and Payten - who performs under the moniker Gordi - has made waves since her discovery on Triple J Unearthed with debut singles ‘Nothing’s As It Seems’ and ‘Taken Blame’.

Somehow, between touring and recording, she’s found time to finish half a medical degree and is about to start her fourth year at UNSW Medicine’s Prince of Wales clinical school.

Payten admits it is a delicate balance.

“I try not to have any gigs planned the night before an exam, and occasionally if I'm trying to study and I've got an idea for a new song, things get complicated” she jokes.

“But I think it's really important to make time for the things that you're passionate about in life, whatever that might be.”

She says music and medicine are complementary, allowing the academic part of her brain to take a breather when she is performing and her creative mind to rest during study.

Payten got the medicine bug at 15 when a teacher connected the dots between music and science.

“We were looking at neurons and synapses and how messages get transported through the body, and our teacher told us that our neurons and synapses get better at recognising the same signals - that's why the more I practice playing the guitar, the better I get,” she says.

“I had a real nerd moment and thought that was the coolest thing I'd ever heard. From there my interest in studying medicine didn't waver.”

Payten credits her piano-teacher mother and rural upbringing for her creative spirit.

“Things are so far apart out here and you're left with such big open spaces - music is the perfect thing to fill it with,” she says.

She also spent some time volunteering in Tanzania after school, working as a teacher and building classrooms. She lived in a tent with one hour of electricity a day.

“The people I met there were testament to how irrelevant the luxuries we can afford are to our happiness,” she says.

“A month in I bought a guitar for about $40 and that was just about all I needed to get by. That, and a tin of milo.”

Since her first gig in a sweltering Sydney pub after uploading a few demo tracks to Unearthed, Payten says she has come a long way. She will be releasing an EP in May and has a national tour booked between now and then – “on weekends for the sake of my university attendance”.

She says being picked up for regular airtime on Triple J, a lifelong dream of hers, has been a real turning point for her music career.

“The other day I had just finished work and got in the car to drive home, turned the radio on and ‘Nothing's As It Seems’ started playing - it was all a bit surreal.”

Payten’s parents and her eldest brother are UNSW alumni and she said it had been a privilege to be accepted into the University’s medicine program.

Though graduation seems a “long way off” Payten is interested in public health and the work of groups like Medecins Sans Frontieres “getting long-term strategies in place to improve healthcare in places where it is of a poor standard”.

“I would love the opportunity to go back to Tanzania and do some placements there as well as more remote parts of Australia.”