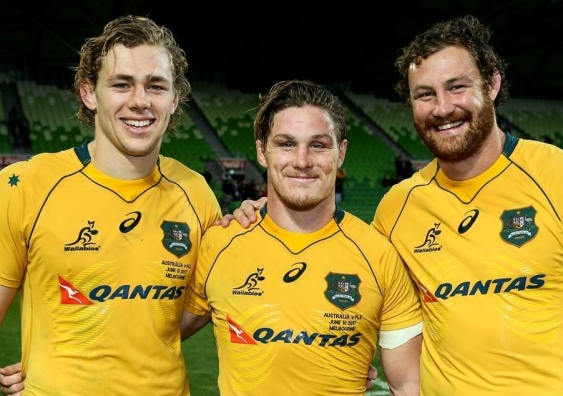 UNSW student Ned Hanigan’s rugby career is going so well that he jokes he might still be in lectures when he is an old man.

Hanigan, 23, started his Bachelor of Science degree back in 2014 as part of the Elite Athlete Support Program – attracted by UNSW’s partnership with first grade club side Randwick.

But he is still only about three-quarters of the way to graduating after powering his way into NSW Waratahs side and more recently becoming a regular in the Australia squad – to put himself firmly in contention for selection for the 2019 Rugby World Cup.

Thanks to the flexibility on offer within the Elite Athlete program, Hanigan has been able to defer university subjects as he has increasingly been required to travel around the world playing for the Wallabies and in Super Rugby competition with the Waratahs.

“I’ve worked out that the last quarter of my studies will take almost as long as the first three-quarters, so I will be at it a fair bit longer yet,” Hanigan says.

“I might end up being that middle-aged bloke that all the undergraduates hate, sitting at the front of the lecture asking all the questions!

“I started at UNSW in 2014 and I got through a few subjects in the early years when I had a bit more time to have the contact hours at uni. 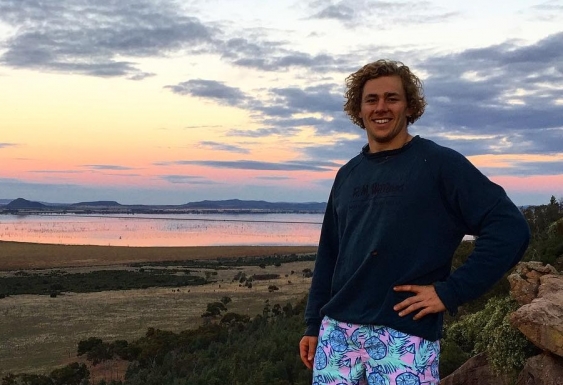 UNSW student Ned Hanigan originally comes from the country town of Coonamble on the central-western plains of New South Wales.

“I get a fair bit of advice about what’s the best subject to do at a certain time. For example, at the start of 2018, our first six weeks of the Waratahs season we were playing a lot of away games in South Africa, Argentina and Japan, so to go into a laboratory-based subject where it would be three hours in the lab, plus a two-hour tute, plus a couple of lectures – I just would not be around for those contact hours,” he explains.

“But if I look at the rugby fixtures and I’m only going to be away for a couple of weeks in the semester, then we can work out where I can catch up on that stuff. Helen Bryson [UNSW Elite Athlete support program manager] is very helpful to me and puts me in touch with a lot of the course coordinators to try to work these things out.”

Hanigan, whose studies have focused on physiology and psychology, admits he is still pinching himself to believe how far he has progressed in his rugby career in such a short time.

Born in Dubbo and raised in the country town of Coonamble, he moved to Sydney at the age of 12 as a boarder at St Joseph’s College – but only got into the first XV rugby side once he switched positions from outside centre to loose forward around the age of 16.

He was quickly noticed and selected in representative sides such as the Australian Schoolboys, which convinced him to stay in Sydney and start his degree at UNSW – enticed especially by the partnership with Shute Shield powerhouse Randwick.

During his time studying at UNSW, Hanigan has become a regular with NSW Waratahs in the elite Super Rugby tournament and made his Australia debut against Fiji in 2017. He was then one of the youngest members of the Wallabies squad for their Spring Tour of Japan, Wales, England and Scotland, before being named 2017 Rookie of the Year at the Rugby Australia Awards, and is now a regular in the international set-up. 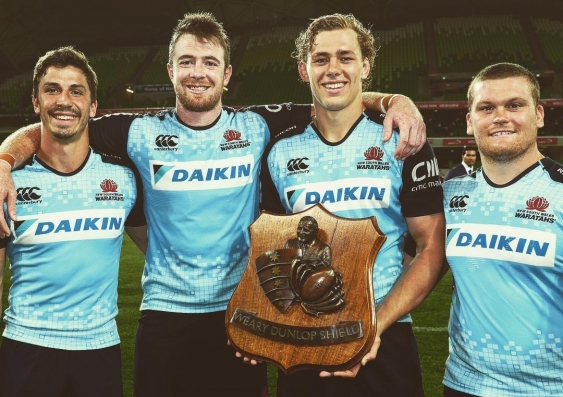 And it only promises to get even more exciting, with mouthwatering Rugby Championship fixtures for the Wallabies against New Zealand, South Africa and Argentina coming up at the back end of winter and the ultimate prize – the World Cup – on offer in Japan in September 2019.

“At the moment, rugby is obviously the most important thing in my life, but that doesn’t take away from the importance of doing study – even just to keep your mind ticking over,” Hanigan says.

“The back end of last year I did my first Spring Tour with the Wallabies and I just deferred that semester. If I’m lucky enough to be in that position again next year, I know what to expect from a Tour now and I think I will keep going with a subject because I can manufacture time to do it. We spend a lot of time in airports so that’s always an opportunity to get some study done.

“It still feels surreal to me every time I get the chance to pull on the Australia jersey. Even though I’ve had a bit of experience with it now, it’s not like a normal game of footie for me,” he adds.

“In terms of the 2019 World Cup, it’s obviously something you aspire to get to, but if you look too far ahead of yourself you can miss what’s in front of you and there’s a lot of footy to be played between now and then.”