From the pool to the pitch, a crop of talented UNSW athletes are competing for medals at the Rio 2016 Olympics and Paralympics. 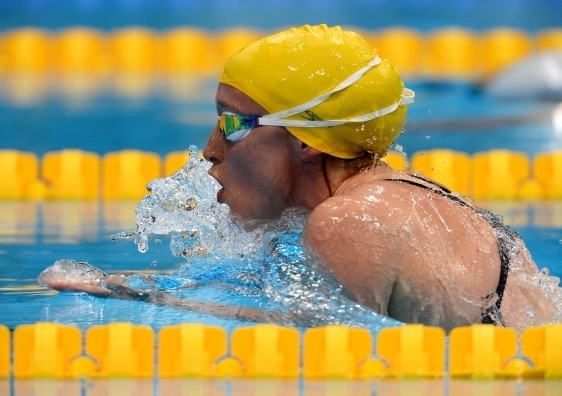 From the pool to the pitch to the velodrome, a crop of talented UNSW students are among Australia’s top athletes vying for medal glory at the Rio 2016 Olympics and Paralympics.

Eight current and former UNSW students will compete at the games in Brazil in sports such as cycling, sailing, steeplechase, swimming and rugby. Another five UNSW Sports Club members are making a splash in water polo and dominating the mat in judo.

“On behalf of UNSW I would like to congratulate all the elite athlete students who are competing at the Olympics and Paralympics in Rio. We all wish them the best of luck and hope they achieve their goals,” says Helen Bryson, Coordinator of UNSW's Elite Athlete Program and Sports Scholarships.

“To achieve the pinnacle in their sport while simultaneously studying at University is quite remarkable,” she added. 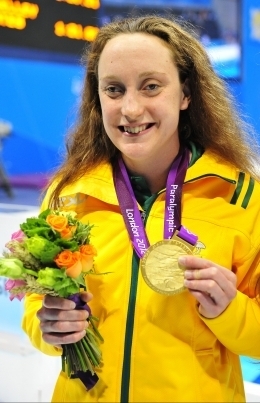 Prue Watt with her gold medal in London. Photo supplied

Watt is a neuroscience major, an Order of Australia medallist, and one of UNSW’s most decorated athletes.

The four-time Paralympian won gold in the 100m breaststroke and bronze in the 50m freestyle at the London games in 2012. She also competed in Athens in 2004, where she won five silver medals and one bronze, and at the Beijing Paralympics in 2008.

Watt, who is partially blind, isn’t letting the pressure of being a medal hopeful in Rio become a distraction: “My approach is to stay pretty relaxed and not get too worried about what may or may not happen. I would just like to focus on my own performance and enjoy the experience,” she says.

Rugby star to shine in Rio

The speedy 19-year-old donned the green and gold at the Commonwealth Youth Games in Samoa last year and was promptly promoted to the senior squad for the Olympic qualifying tournament.

Despite a strong debut, a ticket to Rio still wasn’t locked in: “I have to impress the coaches at training and on the world circuit and make sure I have done everything possible to ensure I am on that plane,” Hutchison told the UNSW Newsroom in February.

His chances were likely helped by scoring twice in a thrilling quarter-final victory over England in the HSBC World Rugby 7s Series in Sydney.

“To score two late tries in front of a home crowd, full of family and friends, was honestly a dream come true. It will definitely be a moment of my life I’ll never forget,” Hutchison says.

He’s hoping for more unforgettable moments over the coming weeks. Australia plays its first game against France on 10 August.

UNSW’s other students competing in Rio are: Master of International Public Health student, Madeline Hills, who will race in the women’s 5000m track event and the 3000m steeplechase, and Bachelor of Science student, Colin Cheng, who will represent his native Singapore in the sailing competition. Ben Lexcen Scholar and water polo champion Nathan Power had been selected in the Australian squad but was forced to withdraw after sustaining an injury while training in Croatia last month. 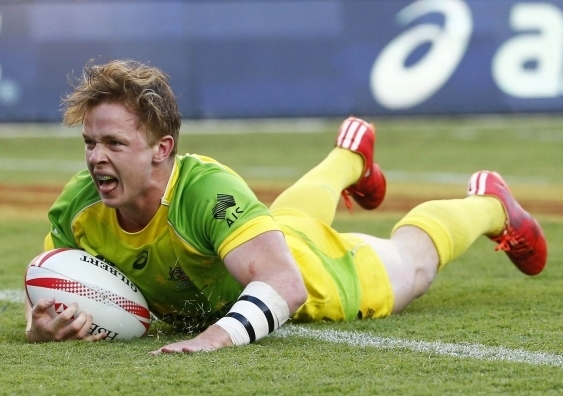 A rapidly rising star in the world of rugby... UNSW student Henry Hutchison will wear the green and gold. Photo: Getty Images

Four UNSW Alumni and former Ben Lexcen Sports scholars are also in Brazil: Johnno Cotterill (B Commerce) is a member of the men’s water polo team; Lisa Darmanin (B Commerce) will represent Australia in sailing; Selma Kajan (B Media) will run in the 800m; and Alex Lisney (B Engineering) will compete in the Paralympics in cycling.

The UNSW Sports Club also has five members going to Rio, including Bronwen Knox, the captain of the women’s water polo team. Richie Campbell, Joel Dennerley and Jarrod Gilchrist are all members of the men’s water polo team, and Miranda Giambelli will compete in the judo.

UNSW has tasted gold at previous Olympics: Michael Wenden, who holds a bachelor of commerce, was champion swimmer who won gold in the 100m and 200m freestyle at the 1968 Olympics in Mexico City. In 2000, Liz Weekes, was part of the women’s gold medal-winning water polo team in Sydney.

Tertiary study a recipe for success at Olympics

Balancing sport with university studies is a recipe for success for athletes competing on the world stage, according to the Australian Institute of Sports (AIS).

Fifty-eight per cent of the Australian athletes in Rio are students, the Institute says.

“There is an evolving international trend that student athletes who are able to balance their training with education seem to be very successful at an Olympic level,” says Megan Fritsch, the personal excellence manager at the AIS.

“In Beijing 2008, 46% of the Australian team was made up of student athletes and they claimed 57% of the nation’s medals. At London 2012, 40% of the team were student athletes, but they contributed to winning 63% of Australia’s medals.”

UNSW is part of the Elite Athlete Friendly University (EAFU) program, run by the AIS. It supports student athletes to achieve academic goals while pursuing an elite sporting career.

“The combination of study and sport seems to be positive and essential to the overall holistic development of an athlete,” Fritsch says.

“Career planning is also a key proponent of athletes being able to transition successfully into a new phase of their lives beyond sport.”

“I chose commerce because it is a brilliant degree to have under your belt, especially from UNSW,” says Rugby 7s back Hutchison.

“It is very important for players to understand that rugby does not last forever, and when it is all over, you need to be skilled and qualified to continue on with your life.”

“We train six days a week, three sessions in a day, so fitting in study is hard,” he says. “However, UNSW is definitely an athlete friendly university. They go to amazing lengths to support my sporting career, while providing opportunities to continue my study.”

Paralympic gold medallist Watt says the program has been invaluable: “A lot of people don’t quite understand the demands of elite sport and what is happening behind the scenes, not only with training requirements but also the travel. I’m away quite frequently for one or two week blocks.

“The Elite Athlete Program has been incredible. They provide a lot of background support and help to create flexibility around university requirements.”

Prue Watt goes with the flow to reach Rio