Tim Brand sits Business School exams abroad and then scores a goal for Australia's Kookaburras in just his second game at senior level. 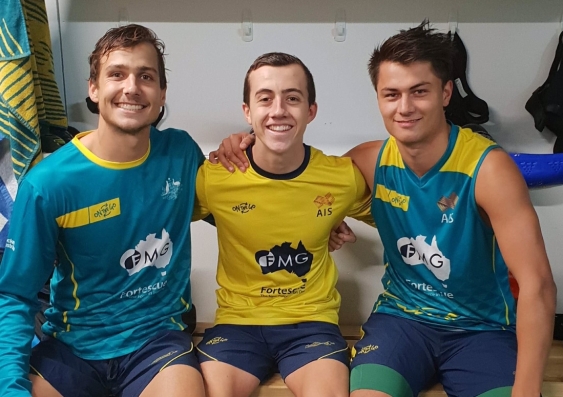 UNSW student Tim Brand has been hailed after a whirlwind few days in which he made his international hockey debut for Australia, scored his first senior goal and found time to sit his exams overseas.

Brand is studying Commerce/Actuarial Studies but is currently in Europe with Australia's senior hockey squad, the Kookaburras, as they prepare for the prestigious Champions Trophy.

The Ben Lexcen Sports Scholar has been studying remotely in Perth all year due to his hockey commitments and took one exam before he jetted off with the Australian team, but is having to sit two others while abroad - in between training and playing for his country.

Brand, just 19, made his Kookaburras debut on Saturday against Germany in Moers and featured against the same opposition on Sunday - this time scoring a goal in a 2-2 draw.

“It’s one thing to prepare in the training environment but to come away and play in these two Test matches has been very good preparation for us.” 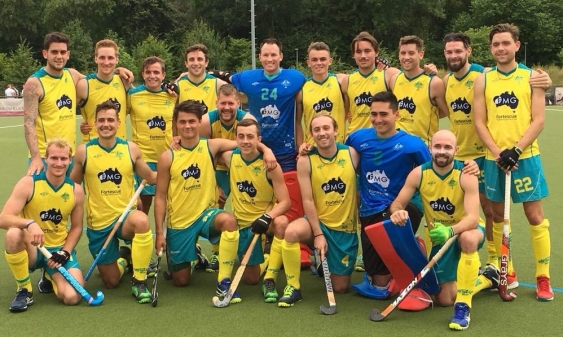 UNSW student Tim Brand (third from left, front row) lines up with the Australian national hockey team ahead of their Champions Trophy warm-up game against Germany. Image from twitter.com/kookaburras

Brand will hope to have done enough to play a big part in the Champions Trophy tournament in Holland where Australia are defending champions, following a penalty shoot-out triumph in the 2016 final against India in London.

The Kookaburras begin their defence against Belgium on Sunday, before also facing Holland, Argentina, India and Pakistan. The top two teams from the round-robin stage will progress to the final which is due to be played on July 1 in Breda.

After all that, Brand will still need to sit another supplementary exam when he returns to Australia.

Helen Bryson from the Elite Athlete Program at UNSW said: “Huge congratulations to Tim - his achievements are quite amazing.

“There has been great support from Business School who are fantastic supporters of UNSW elite athlete students and provide a great platform for the athletes to continue with both their sport and their studies.”