UNSW has launched a new campaign to prevent sexual assault and harassment, partnering with all Australian universities on a major national initiative. 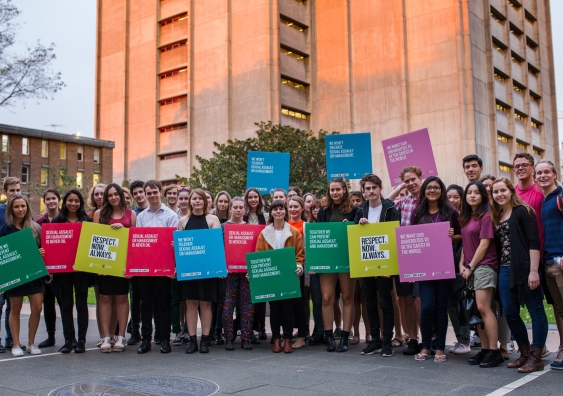 UNSW has launched a new campaign to prevent sexual assault and harassment, partnering with all Australian universities on a major national initiative.

Developed by peak body Universities Australia, the campaign – Respect. Now. Always. – highlights the determination of Australia’s universities to ensure that students and staff are safe from sexual assault and sexual harassment.

UNSW President and Vice-Chancellor Professor Ian Jacobs, who is also lead Vice-Chancellor for equity and diversity for Universities Australia, said the campaign built on longstanding work at UNSW and across the Australian university sector.

“It is essential that universities are places of safety and respect,” Professor Jacobs said.

“Respect. Now. Always. will raise awareness among university students and staff that sexual assault and harassment are unacceptable, and provide clear pathways of support for those who need it.

“I hope the campaign is giving people confidence to report inappropriate behaviour and where necessary change ethos and culture,” he said.

"It is essential that universities are places of safety and respect"

Respect. Now. Always. was launched at UNSW with a special screening of US film, The Hunting Ground, which focuses on sexual violence in American universities and highlights the importance of developing effective prevention strategies and reporting mechanisms to address sexual harassment. 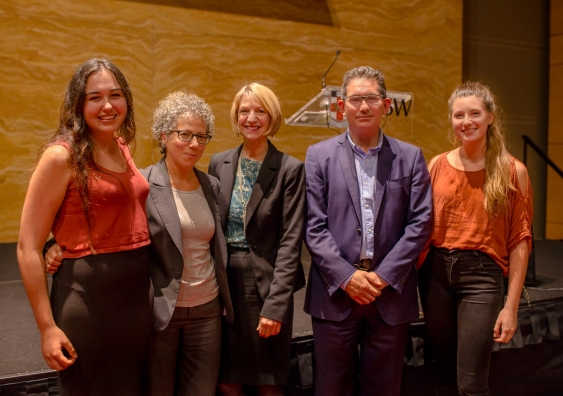 Speaking at the launch last night, attended by more than 350 students, Professor Jacobs noted that a 2015 National Union of Students survey indicated 75% of survey respondents had been sexually harassed and 27% had been sexually assaulted while enrolled as a student. This included incidents on campuses and by university students or staff as well as outside of the university environment.

The film has also been seen by more than 100 senior university staff as part of the commitment to improving UNSW practices and awareness.

“Clearly society and universities have a significant problem in this area,” Professor Jacobs said.

“Our role, as universities, is to acknowledge, not hide, that reality and to play a determined role in changing the culture, working to provide a safe and welcoming environment and acting decisively, fairly and in a supportive way to address incidents of sexual harassment and sexual violence.

"This campaign by Universities Australia is large in scale, aiming to reach an audience of over 1.3 million students and staff, as well as being bold in encouraging self-reflection and improvement,” Professor Jacobs said. 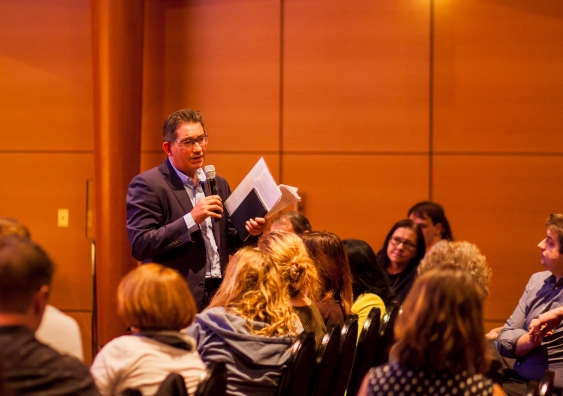 “We hear you, we support you, please come to us for support,” she told the staff and student audience.

“The survey of student experiences, hopefully implemented across all 39 Australian universities, is the starting point,” Professor Durbach told the audience. “Our interest is the pastoral care of students and what we are hearing anecdotally so far, is that on a national level, there is huge disappointment and distress about how sexual assault cases have been treated by universities. We want to hear about student’s experiences of reporting incidents and appropriate redress, both good and bad.”

SRC President Sophie Johnston said it is easy for negative behaviours to manifest in a small university community.

“It’s not pretty to talk about rape, sexual assault and gendered violence and that’s why it’s under-reported,” she said. “We deter people from reporting because it’s easier to focus on the successes of an institution than its failures.

“We can’t call ourselves a diverse, inclusive community unless we have safety for all, which requires an open, transparent, accessible reporting system."