Two UNSW teams are bound for Boston and London after reaching the regional finals of the Hult Prize – the world’s largest social enterprise competition offering a prize of $US1 million. 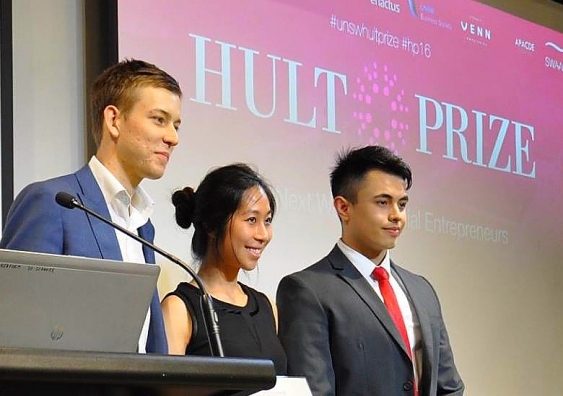 Two UNSW teams are bound for Boston and London having reached the regional finals of the Hult Prize – the world’s largest social enterprise competition offering a prize of $US1 million.

“It’s very exciting. The team is looking forward to meeting other students who have bold and ambitious ideas like we do and competing against the world’s top universities,” says team member Tom Perfrement.

The competition challenges students to find innovative solutions to global problems, with the focus this year on improving lives and incomes for those living in urban slums.

More than 25,000 teams worldwide entered the 2016 competition, with 300 teams remaining in contention.

The regional finals will be held simultaneously in Boston, San Francisco, London, Dubai and Shanghai on 11-12 March.

Team SolarWeavers were the winners of UNSW’s Hult Prize round, held on 8 December at the Michael Crouch Innovation Centre, with a proposal to bring solar power technology to the sewing industry in developing communities.

SolarWeavers team members Lisa Shannon, Shalendra Ranasinghe, Ben Pask and Dimitry Tran, who are all AGSM Executive MBA students, will compete in the London event, which includes teams from Cambridge and Oxford.

Second placed UNSW team 360Thrive won a wildcard entry in the global online round and will compete in the Boston event, which includes teams from Harvard, MIT and Princeton.

Their proposal is an innovative solution to sanitation in slum areas that will produce clean water, electricity and fertiliser for food crops, as well as reduce the burden of disease.

“Every day thousands of people in slums die from being unable to access clean water and from the poor level of basic waste sanitation,” says Perfrement.

“Our idea centres on trying to change that and our vision is to use human waste, and to process it into the basic resources that can create economic, environmental and social impact,” he says. 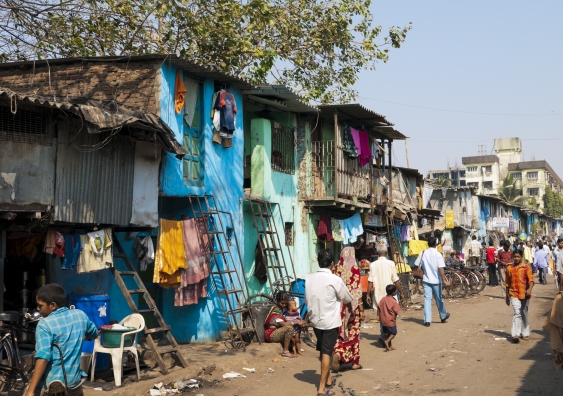 “We are working to develop a scalable business model and to rigorously test our ideas and work through all the potential problems,” says Perfrement.

“It’s been a fantastic experience. It’s great to get feedback from mentors, and from the founders of Venturetec, on how to approach an iterative process to develop the outcomes we want.”

Venturetec founder Trey Zagante says the company chose to sponsor the Hult Prize at UNSW to support social entrepreneurs who are driven to make a positive social impact.

“These solutions could have a huge impact for tens of millions of people living in crowded urban areas in terms of social, economic and environmental impact,” says Zagante.

“The teams have really embraced the lean startup approach of Venturetec’s incubation program, and they’ll be going into the regional finals having rigorously tested and validated their business model.

“Personally, I also wanted to give back to the UNSW community as we have close ties to AGSM and received advice and support from UNSW Innovations during our initial startup phase,” he says.

The winners of the five regional finals, together with the winner of an online round, will then take part in an accelerator program in the US to further refine their ideas.

The global final will be held in New York on 26 September, where former US President Bill Clinton will present the winner with $US1 million in seed funding to see the winning idea come to fruition.

The million dollar incentive to change the world