Opinion Gamer disclaimer: virtual worlds can be as fulfilling as real life 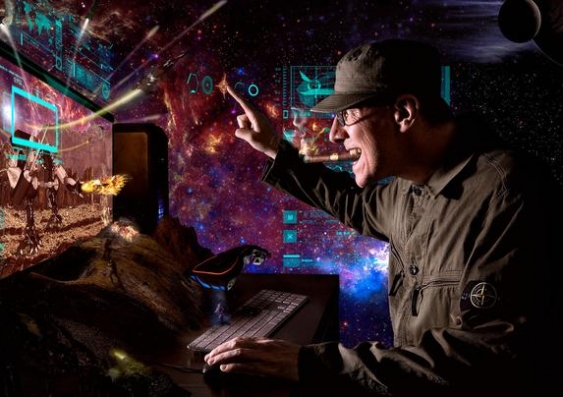 When the line blurs between ‘online’ and ‘offline’ is it really cause for concern? David Blackwell./Flickr, CC BY-ND

OPINION: Step aside Olympians – the new sporting pursuit of choice may soon be professional gaming. Electronic sports (or esports) are now mainstream, drawing more than a million viewers in large tournaments and offering prizes up to US$5 million.

Unsurprisingly, pro-gamers practise for around 10 hours a day, but non-professionals can also spend hours in front of a screen, forsaking real life. Are they missing out? Can a virtual life be equally or more fulfilling than a real one? And should gamers power down and feel the grass beneath their feet?

Some research from the past weeks sheds interesting light on gaming’s effects on life, work and school – and it’s not all bad.

A restaurant without returning customers won’t last long, and video games and their developers are no different. Among game genres, the massive multiplayer online role-playing game (MMORPG) is the McDonald’s of customers served.

MMOPRGs are defined by having no ending and simply continue into more difficult quests that require higher levels and a greater amount of collaboration.

Excelling at these games thus requires a significant time commitment and a large online social group to grind the higher levels necessary. It is reasonable to assume, then, that these games devour the free time necessary to maintain an offline – or “real life” – lifestyle.

Forthcoming Australian research in the Australian Journal of Psychology surveyed 1,945 gamers over the age of 14 and explored whether MMORPGs were associated with relatively greater life interference and psychopathology.

What they found is not surprising – MMORPG players played for significantly longer and were more likely to play every day. What was surprising, though, was the mental anguish these players felt.

They couldn’t imagine life without their game, felt irritable when not playing and had recurrent thoughts about playing while not playing. Most interestingly, they played even when they didn’t want to. They felt that their work, study and relationships were affected, as they had fewer offline social interactions and friends.

But there are two ways to interpret these results:

The results don’t allow us to distinguish between these two possibilities, but it’s important to do so because they highlight two separate problems; one is with individuals and the other with society. To understand where the problem lies requires exploring who it is that plays these games and why.

Is an online friend just as sweet?

In a German study published last month, researchers explored whether individuals who spent more time gaming online differed in their emotional sensitivity. The also examined the extent of their friends in both an online and offline environment.

What they found was that shy individuals had more online friends who they also met with offline. They also transferred more of their offline friends online. In other words, shy gamers are using online social environments to establish and maintain their friendships in a manner that is comfortable for them.

Should we then deny shy individuals a modicum of comfort just because society views online time as a life squandered?

Leave no child behind

As adults, we gained enough experience to understand how to navigate various time requirements and should not feel guilty about how we spend our free time. But children don’t have this experience. Should we regulate their game time to ensure no negative effects on school performance and friendships?

Three studies published this year shed some light on this question:

The first, examining 192,000 teenagers in 22 countries, showed that academic performance in science, maths or reading wasn’t affected by playing single or multiplayer games.

A second study examining 27,000 middle-schoolers (12-13 years old) in France showed that video games did not decrease cognitive ability, regardless of the type of game played (but children that read more showed a slightly improved cognitive ability).

And a study of 4,899 UK middle-schoolers showed that children who played for less than an hour a day had increased prosocial behaviour and life satisfaction and a decreased internalisation and externalisation of problems. These effects were reversed for those who played for more than three hours, so too much game play might be detrimental.

Together, this research suggests that children are largely using their extra time to play video games and as long as they don’t forsake other duties, they’ll be fine. I could have used this evidence when I was growing up.

Spend 100 hours in their gaming chair

Taking the usual caveats about studies with self-reporting, the studies I mention above suggest that we’re all not doing too badly. We’re creating online spaces that make people feel more comfortable, and potentially even helping them to navigate social environments they previously feared. Could that be a bad thing?

These studies also demonstrate that the best thing we can do for our kids is to teach them to navigate technology. Variety is the spice of life, and demonstrating this variety is the responsibility of adults.

And when kids become adults, if they decide that spending their time playing online is most satisfying, well, rather than asking them to walk a mile in your shoes, maybe we should spend some time in their gaming chair to understand how they really feel.

Michael Kasumovic is a lecturer and ARC DECRA Fellow at UNSW. 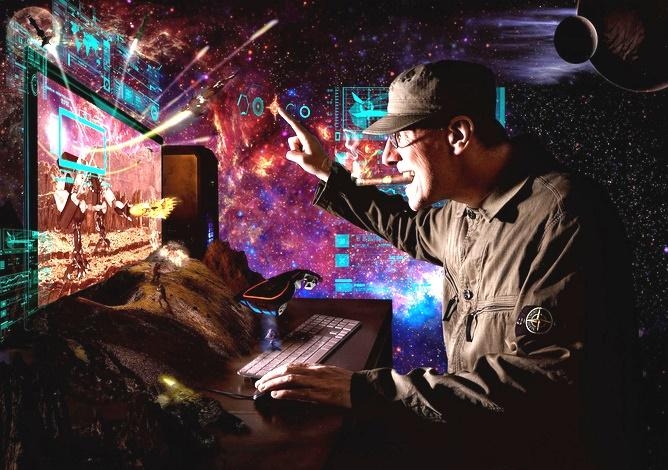 When the line blurs between ‘online’ and ‘offline’ is it really cause for concern? David Blackwell./Flickr, CC BY-ND