Without the freedom to operate as a truly commercial entity, the future for state-owned Malaysia Airlines looks bleak, writes Ian Douglas. 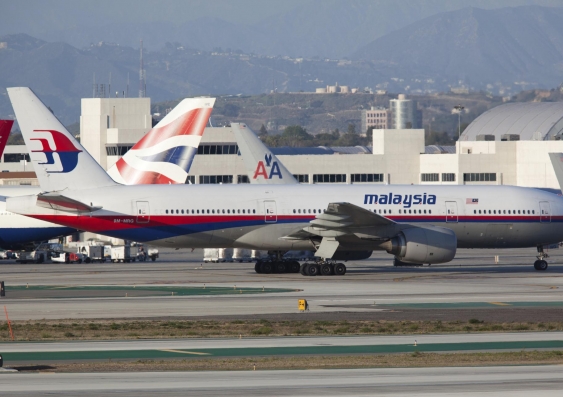 OPINION: The airline industry has a history of poor financial returns. On a global basis the cost of capital hasn’t been recovered any time in the past 25 years, and in 2014 the industry-wide profit forecast by the International Air Transport Association equates to little more than $4 per passenger. Some carriers do worse than others.

Malaysia Airlines (MAS) was struggling even before the loss of MH370 in March 2014, and the loss of MH17 in July 2014 can only compound the problems of the airline. Largely state-owned, and bound by its historical position of flag-carrier, MAS has struggled to compete. On one side it faces intense low cost competition in its home market from Air Asia and Air Asia’s long haul sibling Air Asia X. On the other side it sees relentless growth from gulf-state full service airlines.

This pressure can only be amplified with the recent opening of the dedicated low cost terminal KLIA 2 in Kuala Lumpur, replacing a cargo shed on the far side of the airport with a purpose-built terminal connected by fast train to the city centre. Air Asia’s passengers no longer contend with second rate facilities at their home base airport.

At the full-service end of the market, MAS faces steadily increasing competition from Emirates, Etihad, Qatar and Turkish Airways for its traditional role connecting passengers from Australasia and Southeast Asia to Europe. The once sprawling long haul network of MAS has shed services to North America, South America, and several cities in Europe over recent years, leaving it poorly positioned to compete with the Gulf-state airlines.

It also lacks Emirates' focus on unit cost control, with the Dubai-based carrier flying more efficient seat configurations than MAS on Boeing 777 aircraft. Opportunities for MAS to exploit its recent oneworld alliance membership have also faded, as Qantas aligned itself with Emirates steering more Australian long-haul traffic away from Southeast Asia. Qantas further weakened the appeal of MAS to its frequent flyers by changing the status credits earned on MAS flights to Kuala Lumpur in a recent program overhaul.

Stranded in the middle ground

Strategy theorists warn of the risk of being “stuck in the middle”. MAS was stranded in the strategic middle ground the middle before the two crisis events of 2014. The regional markets in Southeast Asia are now largely the domain of low cost airlines. Air Asia’s several business units, as well as Cebu Pacific, Nok Air, and multiple subsidiaries of Lion, Jetstar, and Tigerair have reshaped both the cost and yield curves for shorthaul services.

MAS has found in Asia, as with the traditional full service airlines in Europe, that it is extremely difficult to compete with low cost airlines on shorter flights where tighter seat pitch and the lack of inflight entertainment have less impact than the appeal of cheaper fares. Its national carrier obligations and the trade union structures in Malaysia have made tough cost cutting difficult for MAS to deliver.

In the long haul markets from Asia-Pacific to Europe, MAS lacks adequate scale, connectivity, and brand presence to compete successfully with the well-funded and fast growing Gulf carriers. While Hong Kong-based Cathay Pacific is able to leverage its status as a gateway to mainland China, and Singapore Airlines nurtures its strong global brand, the relatively weak MAS marque is now scarred by the loss of two Boeing 777 aircraft in the space of five months. Further, its long-haul, low-cost competitor Air Asia X now markets connecting flights over its base in Kuala Lumpur to the Air Asia network, effectively copying the MAS network carrier model but at a lower cost base.

MAS has been through several restructures since it was returned from an unsuccessful sale to entrepreneur Tajudin Ramli in 2001. The Malaysian state investment agency Khazanah is now facing another restructure of the struggling carrier, with media reports suggesting it may be taken private. The airline is a repeated loss maker and needs a major fleet overhaul to replace the aging Boeing 777-200 aircraft.

The choices facing Khazanah are stark. ASEAN’s open skies opens new market possibilities in the coming years, but MAS has little prospect of bridging the cost gap with its low cost regional competitors to capture that opportunity. On the other hand it lacks the scale and brand strength to take on the Gulf carriers on the long haul routes to Europe. Meanwhile Air Asia X is eating into its competitive position on flights from Australian cities offering connectivity throughout Asia. Large fleet orders are already in place for key competitors in both the regional and long haul market segments.

Without some radical trimming of its cost base and an aggressive repositioning of the MAS brand, it seems unlikely that a further capital injection could be justified on any basis other than the desire to retain MAS as a flag carrier. A recent example of a restructuring plan that could be followed, if there is sufficient political will, is that of fellow oneworld airline JAL. It would be a test of nerve to undertake the staff number and cost reductions that were seen in the JAL case.

Potential partners in the region seem scarce. The joint venture with Air Asia crumbled quickly, and talks with Australian carrier Qantas (already facing drastic cost cutting issues of its own) faded. Thai Airways International is too deeply embedded in the Thai political structure to look over its borders. Emirates already ruled out equity investments as it established its Qantas partnership, while Etihad has built its regional presence in Virgin Australia, alongside Singapore Airlines and Air New Zealand.

Restructuring the fleet, network, and workforce of MAS is only the first step. Freeing the airline to operate as a truly commercial entity may be much tougher. Without that freedom the future for MAS looks bleak, relying on periodic cash injections as its competitive position steadily fades against low cost regional competitors and the growing dominance of the long haul routes by the Gulf airlines.

Ian Douglas is a senior lecturer in Aviation at UNSW.